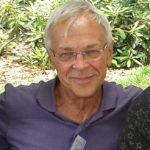 Richard G. Obal, 73, originally from Sayreville, NJ, passed away on June 30. He was the agricultural and natural resources agent for Rutgers Cooperative Extension of Monmouth County for 34 years, before retiring in 2011. Early in his career he worked at his family’s nursery operation. Obal received a bachelor’s degree in biology and physiology […] 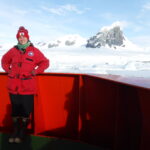 The Jersey Shore is endeared in our minds as a mystical convergence of beach, ocean, boardwalk and amusements—punctuated with sounds of seagulls and crashing waves—and seasoned with smells of salty air and clams.   Growing up at the beach provides a year-round, behind-the-scenes perspective of the Shore that summer visitors rarely see. For Hailey Conrad, growing […]