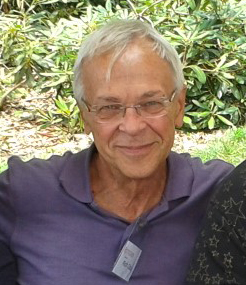 Richard G. Obal, 73, originally from Sayreville, NJ, passed away on June 30. He was the agricultural and natural resources agent for Rutgers Cooperative Extension of Monmouth County for 34 years, before retiring in 2011. Early in his career he worked at his family’s nursery operation. Obal received a bachelor’s degree in biology and physiology from C. W. Post College and a master’s in horticulture from Rutgers University. During the early 1970’s he managed Obal Garden Center and Nursery in Princeton and Turner Brothers Nursery in West Long Branch. In 1977, he took the position of county agricultural and resource management agent in Monmouth County and in 1993, also served as the county Cooperative Extension department head. During this time, Obal established many important regional education programs in nursery, greenhouse, landscape and turf management. He implemented the county Master Gardener program in 1999. 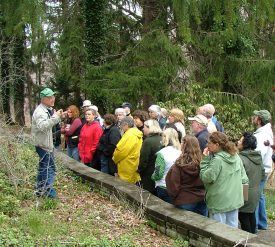 Obal provided key assistance in the development of the NJAES Cream Ridge Station as a state-wide research and demonstration facility for ornamental plants. Over his 34-year career with Rutgers Cooperative Extension, Obal educated thousands of homeowners, farmers, nursery owners, landscapers and residents. He trained municipal, county, state and federal employees and was an advisor for the County Board of Agriculture and the curriculum committee of Brookdale Community College. Obal received numerous awards throughout his career including the Blue Ribbon Award from the American Society of Agricultural and Biological Engineers, the Distinguished Service Award and Achievement Award from the National Association of County Agricultural Agents, the James T. Howard Team Award from the Monmouth County Water Resources Association and the Outstanding Professional Conservationist Award from the NJ Association of Conservation Districts.