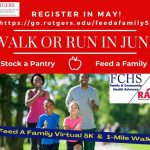 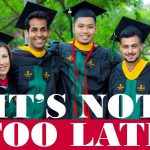 A SEBS Academic Programs Initiative welcomes back former SEBS and Cook College students to complete their degree When Rutgers University pivoted to fully online courses for the fall semester of 2020, SEBS Academic Programs staff realized that this might be the perfect opportunity for former students who were missing a few courses to graduate. Too […]

Announcement by Laura J. Lawson, Interim Executive Dean of the School of Environmental and Biological Sciences and Interim Executive Director of the New Jersey Agricultural Experiment Station. Dear colleagues,  Nicholi Vorsa (CC ’76, GSNB ’85), professor in the Department of Plant Biology and director of the Philip E. Marucci Center for Blueberry and Cranberry Research […] 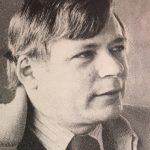 John F. Dumschat, 77, of Belvidere, NJ, passed away on March 22. Dumschat was a Rutgers graduate and was immediately drafted, serving in the Army as a combat sergeant during the Vietnam War. Upon his return to the States, he married Sarah Ellen Quinn. The two of them resided in various towns throughout New Jersey before calling Warren County home […] 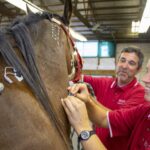 Equine Science Center (ESC) faculty and alumni were part of a recently published study on the use of clenbuterol, an FDA-approved, therapeutic medication used for the management of inflammatory airway disease (IAD) and airway obstruction in horses. The United States Trotting Association (USTA) announced the results of the peer-review study, “Clenbuterol plasma concentrations after therapeutic […] 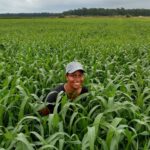 Editors Note: We sincerely apologize for the recent Instagram post of an image from this article that had no context and referenced Black History Month. Black History Month is an opportunity to acknowledge the many contributions of African Americans in our development as a nation and society and an opportunity to address ongoing racial injustice. […] 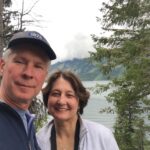 Over the years, hundreds of romantic relationships that would eventually grow into marriages were formed on the George H. Cook campus. In 1976, two Animal Science majors, Gene Wefer (CC’78) and Renee Wefer nee Kozlowski (CC’79) met for the first time and began a romance that has endured since. They recently shared with us how […] 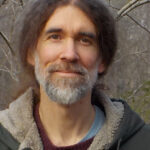 Inspired by SEBS Professors By Leslie Garisto Pfaff Jay Kelly’s earliest memories are of playing in the woods near his home in Middletown, New Jersey; he says he can’t remember a time when he wasn’t enchanted by nature. Today, his natural playground is much larger, encompassing the coasts and forests of New Jersey and beyond. […] 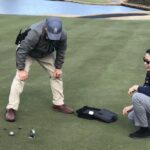 Bingru Huang, Distinguished Professor in the Department of Plant Biology, was invited by the publisher, Maximum Academic Press, to create a new journal called Grass Research and serve as its editor-in-chief. The inaugural issue was published in January 2021 and included an editorial by Huang titled, “Grass Research for  a Productive, Healthy and Sustainable Society.” […]