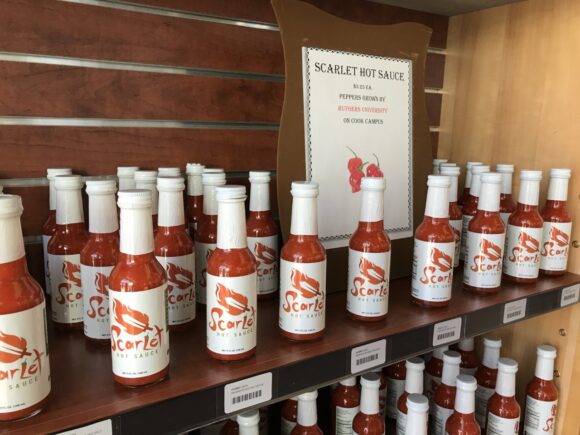 Scarlet Hot Sauce on display at Kilmer’s Market on the Rutgers Livingston campus.

The Exotic Pepper Project team of the Rutgers New Jersey Agricultural Experiment Station (NJAES) and School of Environmental and Biological Sciences (SEBS) announced the release of a new hot sauce made from Rutgers-grown hot peppers. “Scarlet Hot Sauce” was made available to Rutgers Dining Services on October 12 in a limited first-run. The spicy concoction is a result of over two years of collaboration initiated in 2018 between the Exotic Pepper Project team,  Rutgers Dining Services, and HotSauce4Good, LLC. 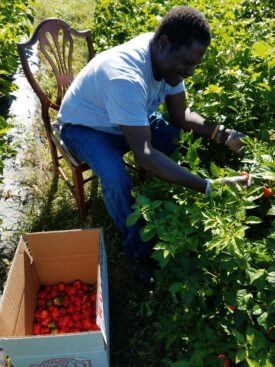 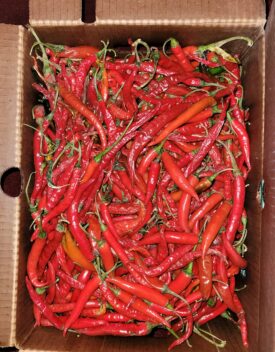 Bob Ferretti, CEO of Hot Sauce 4 Good—a small, New Jersey family-run company dedicated to supporting charitable causes—described the sauce’s flavor profile, “The sauce is full-bodied with a medium heat level. The pepper mix (habanero and cayenne) gives the sauce its heat – but also its complexity. The habaneros are fruity and flavorful.” Ferretti added, “This is a Sriracha-style sauce that uses locally sourced honey (instead of sugar) and locally grown garlic.” The hot sauce is bottled in the Hot Sauce 4 Good commercial kitchen in Hillsborough, NJ.

The raw materials used for Scarlet Hot Sauce were habanero (Rutgers Rosebell Red) and cayenne peppers from the exotic pepper studies carried out at RAREC and Hort Farm III between 2015 and 2019. The sauce was formulated based on recommendations suggested by Joe Charette, executive director of Rutgers Dining Services and his senior staff on the taste, texture, and flavor preferred by the Rutgers community (students/faculty/staff).

The initial release of Scarlet Hot Sauce is limited for now but has potential for growth. Charette said, “Rutgers Dining Services purchased the entire production which was 15 cases and is offering it for sale at “Kilmer’s Market” on the Livingston Plaza.” He noted, “Our original intent was to make it available as a condiment in all four all-you-can-eat dining halls. Due to the current circumstances of remote instruction, that style of service is not being offered.” 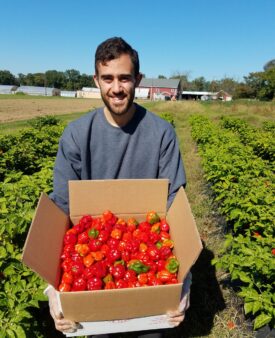 “We are proud to be associated with this product,” said Ayeni. “We believe it has a bright future as Rutgers University, one of the leaders of the nationally recognized Menus of Change University Research Collaborative will help promote adoption nationwide and hence the integration of Rutgers SEBS/NJAES grown peppers in the hot sauce industry in and outside the United States.”

Ayeni added, “We appreciate the financial and technical support provided by the SEBS/NJAES Office of Research to enable the production of topline exotic peppers that qualify for this innovative hot sauce formulation.”