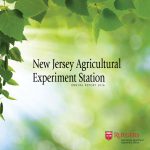 The Office of the Executive Dean of Agriculture and Natural Resources, Robert Goodman, is pleased to announce that the 2016 NJAES Annual Report is available online and in print. The report highlights the research and extension activities of the experiment station under the six broad categories of commercial agriculture; environment and natural resources; fisheries and […] 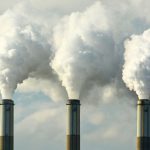 In January, a National Academies of Sciences, Engineering and Medicine committee released a report aimed at ensuring that estimates of the social cost of carbon dioxide used by the U.S. government keep reflecting state-of-the-art science and evidence. But what, quantitatively, is the economic damage caused by a 1-ton increase in carbon dioxide emissions from fossil-fuel […] 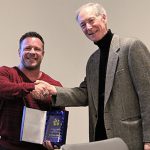 The IFNH Director’s Award for Excellence is given to a member of the Institute in recognition of outstanding contribution to the vision and mission of the Institute. At the annual meeting of the IFNH Extended Leadership Team in December, the Institute’s founding director, Peter Gillies, presented the 2016 award to Shawn Arent of the Department […] 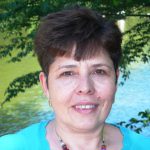 Distinguished professor Nilgun Tumer, Department of Plant Biology, has received a grant for $2,182,115 from the National Institute for Health for her project titled “Inhibitors targeting ribosome interactions of ricin.” The grant covers a five year period for the project which targets toxin-specific and unique steps in the ricin intoxication pathway to identify inhibitors that […]