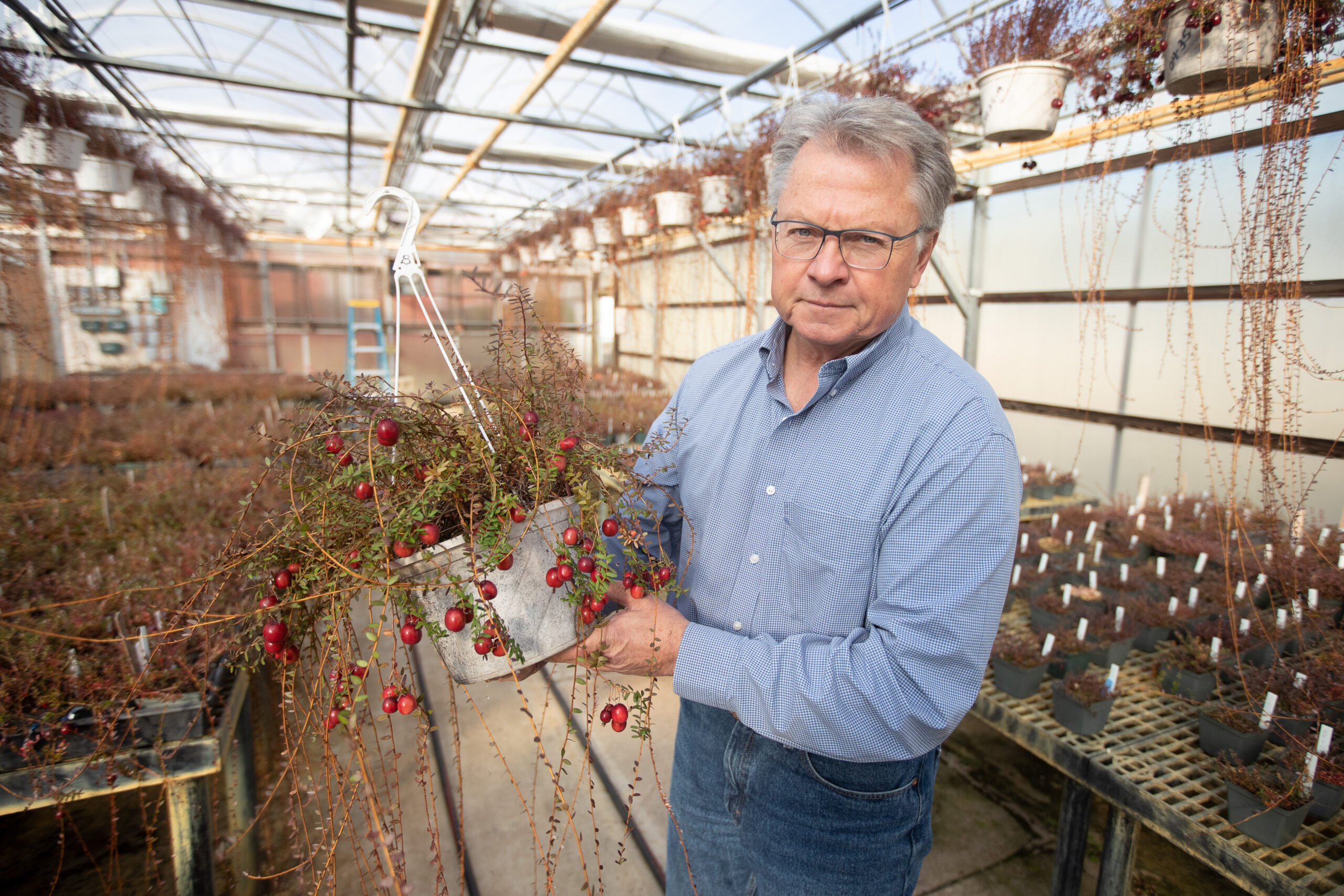 Nicholi (Nick) Vorsa holding a cranberry pot that is part of the cranberry breeding at Philip E. Marucci Center for Blueberry and Cranberry Research and Extension.

Nicholi Vorsa (CC ’76, GSNB ’85), professor in the Department of Plant Biology and director of the Philip E. Marucci Center for Blueberry and Cranberry Research and Extension since 1988, is stepping down from his role as director, effective May 1. Nick had a distinguished tenure as director of the center for more than 30 years and will remain a valued member of the faculty. 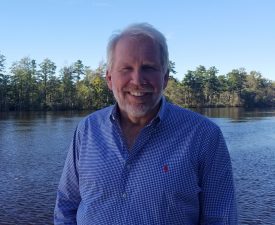 Peter Oudemans, professor in the Department of Plant Biology.

Peter Oudemans, professor of plant biology, who has been stationed at the center since 1993, has agreed to serve as the new director.

Nick joined the Rutgers faculty in 1985. In 1988, when he became the director of the then Blueberry and Cranberry Research Center in Chatsworth, NJ, he was the lone faculty member. Under his leadership, the center grew to house four Rutgers faculty members and a research scientist who conduct research in entomology, pathology, weed science, and the health-related benefits of blueberries and cranberries. The USDA-ARS blueberry breeding program moved to the center in the early 1990s from Beltsville, Maryland, resulting in several USDA scientists and staff being permanently based there. In 1999, due to Nick’s leadership and engagement with industry, the New Jersey blueberry and cranberry growers funded an addition to the center facility. The center was then renamed the Philip E. Marucci Center for Blueberry and Cranberry Research and Extension in honor of the former chief scientist (CAS ’36). The building was dedicated in honor of Edward V. Lipman (CAS ’33, GSNB ’39), the son of Jacob Lipman, who served as the former dean of the College of Agriculture, and the father of Ned Lipman, who served as the former director of the NJAES Office of Continuing Professional Education.

While director of the Marucci Center, Nick also built a nationally recognized cranberry breeding program. The remarkable success of his varieties, which are grown worldwide, has resulted in the center generating significant royalties for SEBS/NJAES that contribute to reinvestment in research and center operations.

We welcome Peter Oudemans as the new director of the Marucci Center. Peter currently leads the small fruit pathology program, which is focused on the development of methodologies to reduce the impact of plant disease and improve fruit quality. He also works with growers to develop and implement economically sound and environmentally rational crop management methods. Peter, who is well regarded as a resource for information on crop disease management, also teaches graduate classes in Plant Pathology and undergraduate classes in Agricultural Technology and Remote Sensing. He received a bachelor’s degree at University of New Brunswick, Canada, a master’s degree at the University of Guelph and a doctoral degree from the University of California–Riverside, with post-graduate training at Duke University and the University of Kansas.

Please join me in extending sincere thanks to Nick for his outstanding service as director of the Marucci Center for more than 30 years and in building a world-class center for blueberry and cranberry research, and in welcoming Peter to his new leadership role as director of the center.