On September 24, the Rutgers-New Brunswick Chancellor’s Celebration of Faculty Excellence was conducted virtually to honor faculty members at all stages of their careers whose outstanding work has been recognized by their peers.

Among the honorees across the News Brunswick campus were four faculty members of the School of Environmental and Biological Sciences, whose interim executive dean, Laura Lawson, represented the school at the virtual event. 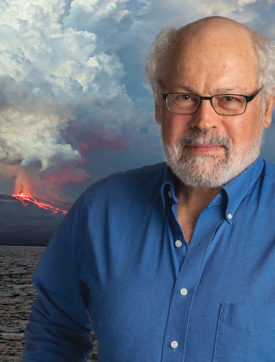 Alan Robock is a Distinguished Professor of climate science in the Department of Environmental Sciences, with a long-standing interest in the effects of natural and human processes on global climate. As a graduate student at MIT, he published the first paper using a climate model to show how human emissions of carbon dioxide affect climate over time.  Since then, Robock has become an internationally recognized expert on the response of Earth’s climate to volcanism and nuclear winter.

For nearly 30 years, Robock has served in multiple roles  with the Intergovernmental Panel on Climate Change , which was awarded a Nobel Peace Prize in 2007), including as a lead author of the most recent Fifth Assessment Report. He has published more than 400 research articles, including more than 260 peer-reviewed papers.

Robock has received numerous awards for his work on global climate impacts including the Cassandra Award in 2018, “for his warnings on the climatic consequences of nuclear conflict.”  He continues to investigate potential climatological, ecological and social effects of nuclear conflicts with recently renewed support of $3 million from the Open Philanthropy Project.

His tireless advocacy in the form of public presentations to community groups, scientific organizations, and the wider public through television and radio interviews lent vital support to the 2017 United Nations Treaty on the Prohibition of Nuclear Weapons. In recognition of these efforts, the International Campaign to Abolish Nuclear Weapons was awarded the 2017 Nobel Peace Prize for “for its work to draw attention to the catastrophic humanitarian consequences of any use of nuclear weapons and for its groundbreaking efforts to achieve a treaty-based prohibition of such weapons”.

Today, the world is more concerned about global warming, and nuclear war is less likely, because of the work of Dr. Robock. Congratulations! 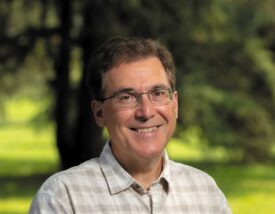 Fellowship of the American Association for the Advancement of Science (AAAS) is an honor accorded by the association to its distinguished members. Fellows are elected annually by the AAAS Council for “efforts on behalf of the advancement of science or its applications [which] are scientifically or socially distinguished”.

AAAS cited Leustek for “distinguished contributions to the field of plant biochemistry and molecular biology through discoveries on the biological transformations of sulfur and related metabolic pathways.”

His research centers on how plants take up, assimilate and use fertilizers, or more precisely mineral nutrients. After discovering an enzyme called assimilatory APS reductase, his group settled a longstanding question about how the nutrient sulfur is used by plants. Sulfur is needed to produce the amino acids cysteine and methionine. Methionine is one of the nine essential amino acids that humans get from food. His group showed that APS reductase is a useful tool for improving the nutritional value of corn kernels by enhancing methionine content, a discovery that could benefit millions of people in developing countries who depend on corn as a staple and also significantly reduce worldwide animal feed costs.

For the past 29 years, Leustek has taught in the undergraduate major in biotechnology, during which he developed a passion for working with undergraduates, some of whom became research co-authors. He has continued his commitment to undergraduate education by taking on the leadership role as the Dean of Academic Programs at SEBS. Congratulations, Dr. Leustek! 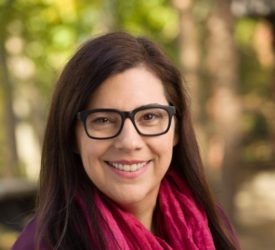 The Andrew Carnegie Fellows Program recognizes a select group of extraordinary scholars and writers who receive philanthropic support for high-caliber scholarly research in the humanities and social sciences that addresses important and enduring issues confronting our society.

And with a proposal titled, “Rivers of Blood, Mountains of Bone: An Environmental History of the Vietnam War and After,” it is no wonder Pam McElwee was selected as a fellow.

McElwee is an associate professor in the Department of Human Ecology, which she joined in 2011. She is trained as an interdisciplinary environmental scientist, with a joint Ph.D. in anthropology and forestry, and has conducted research on sustainable development problems in Southeast Asia for the past 25 years.

Her research focuses on a number of issues, including vulnerability of households and communities to biodiversity loss, deforestation and climate change, as well as the impact of policies for conservation and development, including payments for ecosystem services and land-based mitigation to climate change. She has served as a lead author for both the Intergovernmental Panel on Climate Change Special Report on Climate Change and Land and the Global Assessment of the Intergovernmental Science-Policy Platform on Biodiversity and Ecosystem Services.

McElwee was awarded an Andrew Carnegie Fellowship in 2019 to work on her second book about the environmental legacies of the Vietnam War and the politics of post-war restoration efforts, which she hopes to publish by the upcoming 50th anniversary of the end of U.S. involvement in the war. Her work has been delayed due to COVID-19, however she continues and has two Aresty undergraduates working with her this year on analyzing historical materials already collected from U.S. and Vietnamese archives, and hopes to get to travel later in 2021 to continue working on the project. Congratulations, Dr. McElwee! 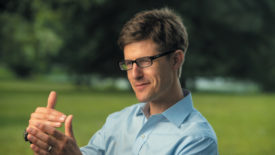 Malin Pinsky is an associate professor in the Department of Ecology, Evolution, and Natural Resources (DEENR), where he leads a research group studying global change ecology and evolution in the ocean. A central interest in his research is the extent to which the impacts of climate change are similar or different across land and sea, the consequences of climate change for biodiversity in the ocean, and the implications for developing sustainable ocean uses. He developed the OceanAdapt website to document shifting ocean animals in North America and has published articles in Science, Nature, PNAS, and other international journals. He was selected as one of Science News’ 10 “scientists to watch” in 2019 and his work has been covered extensively in the popular press.

Early career fellows in the Ecological Society of America (ESA) are members who have advanced ecological knowledge and applications within eight years of completing their doctoral training (or other terminal degree), and show promise of continuing to make outstanding contributions to a wide range of fields served by ESA. They are elected for five years.

Pinsky was “elected for advancing fundamental understanding of the ecological and evolutionary consequences of global change for marine populations and communities, and for facilitating the use of this knowledge in conservation and public policy.”

DEENR chair Julie Lockwood describes Pinsky as playing “a critical role in Rutgers’ efforts to document and inform responses to climate change, especially in our role as a land grant institution committed to New Jersey’s coastal and marine environments.  He has established himself as a vocal leader in the Department of Ecology, Evolution and Natural Resources, with notable success in mentoring Ph.D. students, post-docs and junior faculty.”  Congratulations, Dr. Pinsky!