Malin Pinsky, asssociate professor in the Department of Ecology, Evolution, and Natural Resources, was named an Early Career Fellow by the Ecological Society of America (ESA). 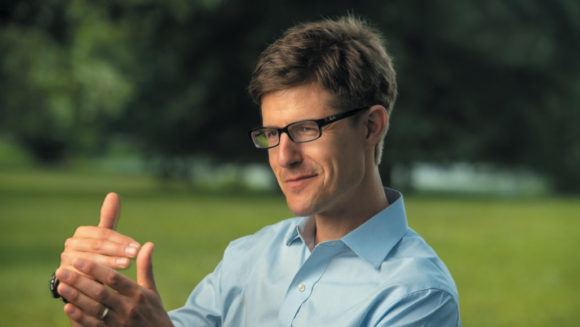 According to the ESA, Pinsky was “elected for advancing fundamental understanding of the ecological and evolutionary consequences of global change for marine populations and communities, and for facilitating the use of this knowledge in conservation and public policy.”

Pinsky’s research focuses on the population dynamics of coastal marine species. He strives to integrate theory, population genetics, and field ecology to understand the population dynamics of coastal marine species, according to his bio. A key goal of his research, he wrote, is to aid in the conservation of marine ecosystems, both by pushing the boundaries of research and through training highly skilled scientists and communicators.

Recently, Yale Climate Communications (YCC) interviewed Pinsky for a story titled. “The Atlantic cod is leaving U.S. waters.” Pinsky told YCC, “It’s such a culturally important species in this country, and yet our projections suggested that habitat is likely to decline by 95% by the end of this century.”  Click here to listen to the audio and read the story.

Co-author of a paper published in the journal Science in February, 2019, titled “Impacts of historical warming on marine fisheries production,” Pinsky spoke to Rutgers Today about his  research and said, “We were stunned to find that fisheries around the world have already responded to ocean warming. These aren’t hypothetical changes sometime in the future.”

This story first appeared on the Rutgers Institute of Earth, Ocean, and Atmospheric Sciences website.