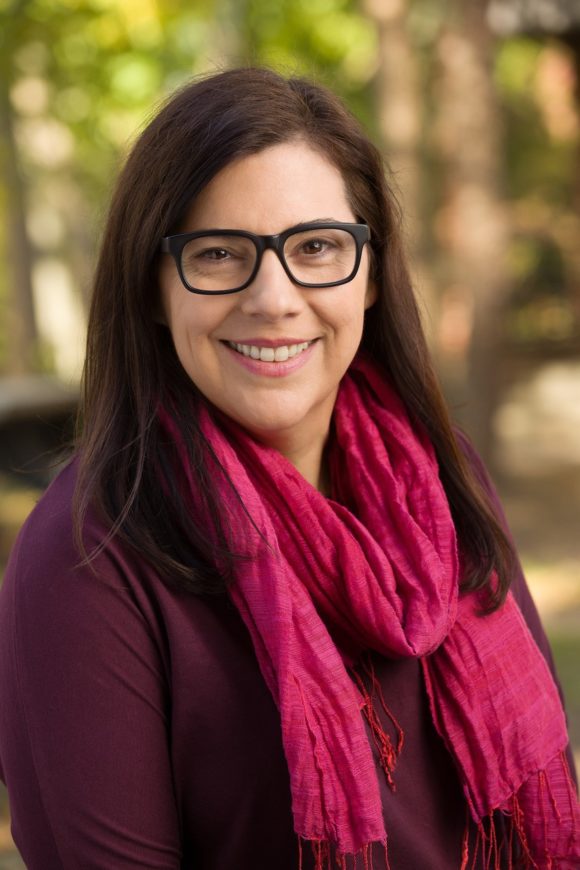 The Carnegie Corporation has named Rutgers University’s Pamela McElwee a 2019 Andrew Carnegie Fellow. McElwee, an associate professor in the Department of Human Ecology at the School of Environmental and Biological Sciences (SEBS), was chosen as one of 32 fellows from over 270 nominees across the social sciences and humanities, all of whom will receive up to $200,000 to devote their time to a significant research project.

As a Carnegie Fellow, she plans to work on an environmental history of the Vietnam War, which will examine how nature shaped military strategies for both Vietnam and the U.S., as well as evaluate the challenges of ecological restoration in the post-war era. She has conducted fieldwork in Vietnam for more than two decades, examining how the country has grappled with numerous environmental policy problems, including deforestation and species loss.

“I am thrilled to be able to devote my time to a new project that has interested me ever since I first went to Vietnam as a graduate student over 20 years ago,” McElwee said. “The environment influenced numerous many military decisions, from defoliation campaigns to bombing of the Ho Chi Minh trail. The impacts of these war legacies are clearly important and need more sustained attention from a human ecology perspective.”

SEBS Executive Dean Robert Goodman said McElwee’s work embraces the study of human vulnerabilities arising from environmental change. “Her teaching and scholarship are embedded within a school of environmental and biological sciences, which sets her apart from many of her peers in anthropology,” he said. “I’m thrilled at the recognition a Carnegie Fellowship brings at this stage in her career.”

McElwee’s project will involve research in Southeast Asia and the US over the next two years, exploring historical archives, interviewing participants and those affected by the war, and collecting geospatial and ecological data. The project will culminate in a book and online archive for teaching and research, including digitizing hard-to-find archival material from Vietnam to make it available to other scholars. McElwee intends for the publication of the book to coincide with the 50th anniversary of the end of US involvement in Vietnam.

“The Vietnam War was a defining moment for both countries, and there is much more we can learn from that conflict. Vietnam’s experience with post-war ecological restoration may also serve as a valuable case study for other countries rebuilding after strife,” McElwee said.

This is the fifth year of the Carnegie Fellows program, which began in 2015 to support the country’s “most creative thinkers” with grants on topics including strengthening U.S. democracy; technological and cultural creativity; global connections and global ruptures; and improving natural and human environments. More than $6 million is given every year for these awards.

This year’s winners were selected by a panel of 16 jurors from some of the world’s leading educational institutions, foundations, and scholarly societies, including six current or former university presidents. Projects were evaluated based on criteria of originality, promise and quality of the proposal, its potential impact on the field, the nominee’s qualifications, and plans to communicate findings to a broad audience. Dr. Melissa L. Cooper of Rutgers-Newark was also honored with a fellowship this year.

“Andrew Carnegie believed in education and understood its influence on the progress of society and mankind. The Andrew Carnegie Fellows Program is an integral part of carrying out the mission he set for our organization,” said Vartan Gregorian, president of Carnegie Corporation of New York and president emeritus of Brown University. “Over the past five years, we at Carnegie have been very impressed by the quality, range, and reach of our fellows’ work. This year is no exception. We salute this year’s class and all of the applicants for demonstrating the vitality of American higher education and scholarship.”

The Carnegie Corporation of New York is the philanthropic foundation established by Andrew Carnegie in 1911.

Rutgers–New Brunswick Chancellor Christopher J. Molloy said, “We are pleased that Dr. McElwee has been honored as being among the leading scholars in her field, joining our other superb faculty who have been recognized for their innovative and noteworthy research.” Rutgers has had three previous Carnegie Fellowship winners over the past five years, two at New Brunswick and one at the Rutgers–Newark campus.

McElwee joined Rutgers in 2011 from Arizona State University, where she was an assistant professor of global studies. She has recently been a lead author on global assessment reports on biodiversity for the Intergovernmental Panel on Biodiversity and Ecosystem Services (IPBES) and on climate change for the Intergovernmental Panel on Climate Change (IPCC). Previously McElwee worked in the US Senate for Al Gore and in the Clinton White House on environmental policy. She is originally from Lawrence, Kansas, and earned her Ph.D. in anthropology and forestry and environmental studies from Yale University.

Read more on the story at Rutgers Today and at the Carnegie Corporation of New York.