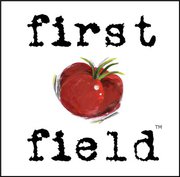 Two New Jersey companies, whose commercial start got a boost from Rutgers NJAES, were among the winners of Edible Jersey magazine’s 2013 Local Hero awards. First Field, a company that sells ketchup made from local tomatoes, was recognized as the Local Hero Food Artisan. First Field is among the New Jersey businesses to be incubated at the Rutgers Food Innovation Center – FIC-South in Bridgeton, NJ. Forty North Oyster Farms, the state’s only coastal (non-estuary) oyster farmer, received the Local Hero Farmer award from the magazine. Rutgers Cooperative Extension of Ocean County provided important guidance to this fledgling company.

FIC-South helped First Field owners Theresa Viggiano and husband Patrick Leger take his mother’s ketchup recipe and scale it to maintain taste and consistency in commercial quantities. First Field, which uses only New Jersey crops in their products, works with Rutgers agricultural agents to grow their own fruit and vegetables in a sustainable manner.

On their new farm in Kingston, the couple also grows fruit for Elijah’s Promise, a nonprofit soup kitchen and culinary school that supplied their first commercial kitchen space. Their products, which now include limited edition relish, apple butter and cranberry sauce, are prepared and bottled at Rutgers FIC-South. 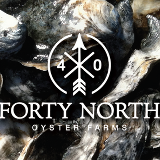 Matt Gregg, owner of Forty North Oyster Farms, recalled how years ago oysters flourished around Manhattan. The company’s name is derived from the widely-held view that 40 degrees north of the equator was considered the perfect climate to grow oysters. “The Jersey Shore is roughly the same latitude. We wanted to grow oysters, revitalizing the way it was once, while using ethically sound farming techniques,” says Gregg.

Gregg got exposure to oyster farming as an intern for two summers in the Barnegat Bay Shellfish Restoration Program. Working under Rutgers marine agent Gef Flimlin, Gregg learned about growing oysters and was guided by Flimlin on starting his own oyster farm. Gregg established Forty North in 2009 and gets his oyster seed from the Rutgers Hatchery in Bivalve, NJ.

Forty North had its first harvest in October, just weeks before suffering significant damage during Superstorm Sandy. Despite their own losses, Gregg and his staff rallied to help neighbors, collecting donations, organizing debris cleanup and more. He also plans to donate 3% of the profits from each oyster sold this year to those hardest hit by Sandy.

“The beauty of these individuals and organizations is that, in addition to providing products and services of exceptional quality, they have a real mission at their heart. They go above and beyond the parameters of “business as usual” in an effort to improve their local community and ensure a better Garden State for future generations,” said Nancy Brannigan Painter, Edible Jersey’s publisher, upon announcing the awards.

Edible Jersey is dedicated to local, seasonal food, and presents annual Local Hero Awards to restaurants, farms, food and beverage artisans, and nonprofit organizations that are agents of change in the food community. Selected last fall by Edible Jersey readers in an online readers’ choice poll, the 2013 winners were chosen for their exemplary work and dedication in serving their local community and the local food/beverage movement.

The list of winners, along with their individual stories, appears in the Spring 2013 issue of Edible Jersey magazine and will be available online at ediblejersey.com later in March.