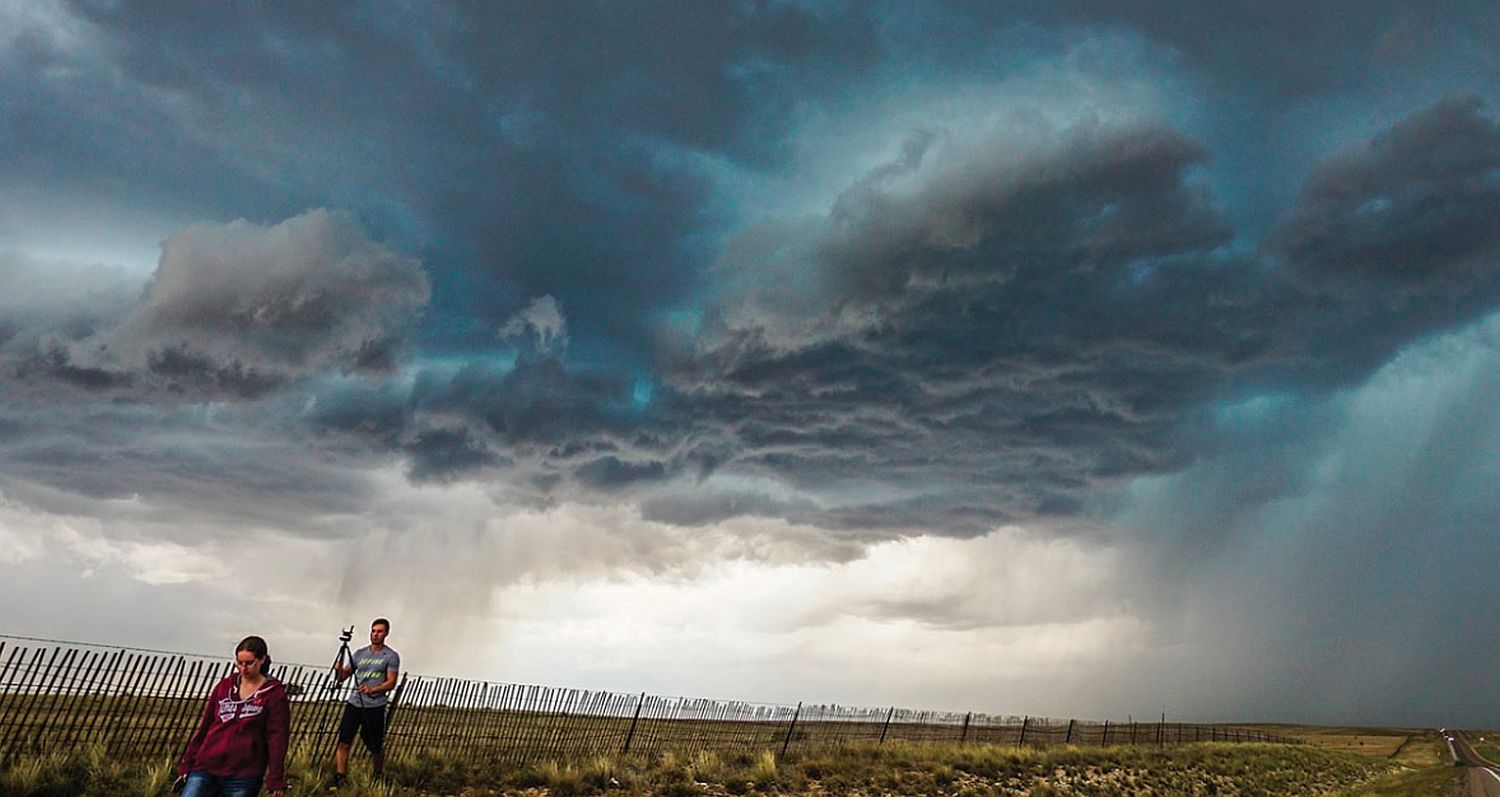 SEBS meteorology alumni Nicole McGowan and Leonard Mendola participated in “Severe Weather Forecasting” as students working toward their bachelor of science degrees in meteorology. The two-week summer elective, led by Steve Decker, director of the undergraduate program in meteorology, takes students to the Great Plains in search of tornadoes as part of the coursework. Photography by Jennifer Kafka.

The undergraduate program in meteorology at Rutgers School of Environmental and Biological Sciences prepares students for a host of careers, from television broadcasters to research scientists, after completing a demanding curriculum. From this rigorous program come operational meteorologists whose work involves weather forecasting, environmental meteorologists who address air pollution and air-quality monitoring and modeling and the climate meteorologists who focus on the changing climate. All told, roughly half of the graduates pursue jobs in the private sector; one-third of the students go on to graduate school to pursue a research path; and others find careers as broadcast meteorologists—literally the most visible application of a meteorology degree.