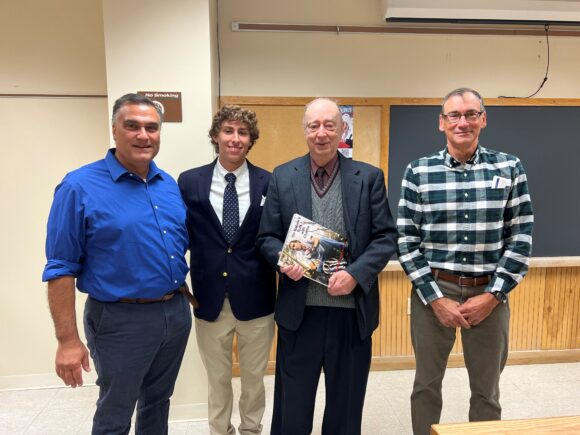 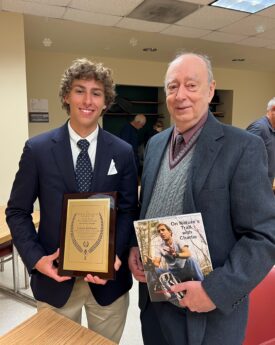 The Charlie Kontos Environmental Activist Award is named for Charlie Kontos, who passed away in 2010 and was, at the time, enrolled as a doctoral student in the Ecology and Evolution Graduate Program administered by the Rutgers School of Environmental and Biological Sciences. Before his premature passing at age 33, Kontos had already made a significant contribution to wildlife biology studies with his discovery of the return of the fisher to New Jersey, drawing national attention in the process.

Montclair High School senior, Logan Bateman,  who undertook a remarkable remediation project in the Bonsal Preserve in Clifton, New Jersey, is the winner of the 2022 Carlie Kontos Environmental Activist Award, funded by the Silvio Laccetti Foundation. Bateman, whose effort mobilized some 30 people to complete the work, built foot bridges and planted approximately 40 trees in the preserve. 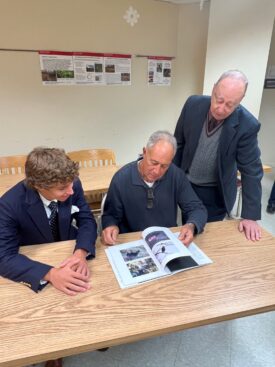 An awards ceremony in Kontos’ honor took place on Oct. 1 at Rutgers University. The event included remarks from Kontos’ parents, who wrote, “On Nature’s Trail with Charlie,” an illustrated volume created in their son’s honor which was presented to Rutgers. Kontos’ mother, Carolyn, took a solo trip to the jungles of Panama after her son died, to visit the sites where much of his more recent work had unfolded.

Remarks were also made by Kontos’ former advisor at Rutgers, professor Richard Lathrop, as well as Silvio Laccetti, who was Kontos’ advisor at Stevens Institute of Technology. Kontos obtained a bachelor’s degree in Engineering at Stevens and a master’s degree in Biology from Montclair State University.

In addition to the illustrated book about Kontos and his work, his family dedicated a gateway kiosk in his memory in 2016 on the 400-acre Rutgers Ecological Preserve. The kiosk leads to a set of trails that students and others can access conveniently from the Livingston Campus. 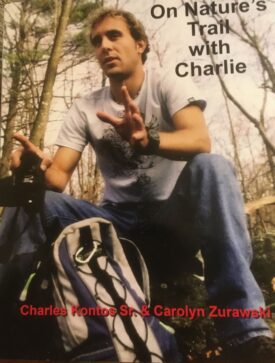 The newly published book, “On Nature’s Trail with Charlie” written by Kontos’ parents. Photo courtesy of The Silvio Laccetti Foundation.