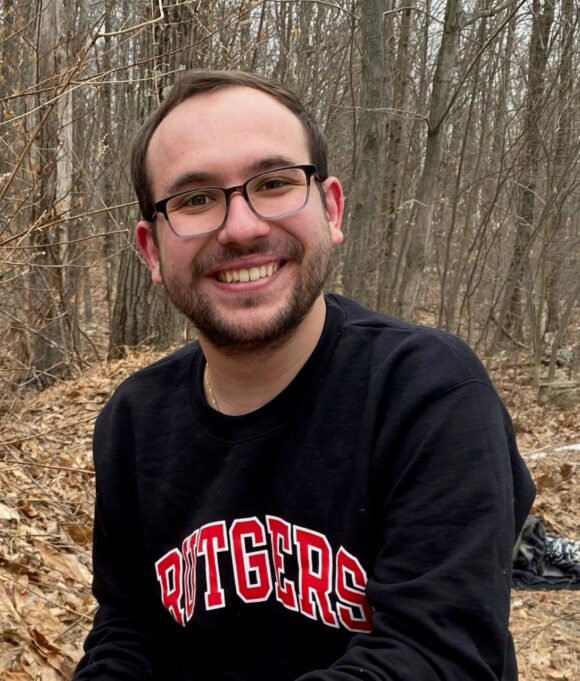 Ryan Schmidt (SEBS’22) graduates this May from the School of Environmental and Biological Sciences with a bachelor’s degree in Ecology, Evolution, and Natural Resources and a minor in Music. He initially was enrolled as a Music Education major in the Mason Gross School of the Arts with the intent to become a high school music teacher.

While still a part of the music program, he enrolled in “Pollinators and Garden Design,” a Byrne First-Year Seminar—small, one-credit courses that match first-year students at Rutgers with world-renowned faculty from departments and professional schools across the university.

“This class was my first experience addressing questions about biodiversity at the collegiate level, and I became very interested in learning more about plants and how they interact with their environment.”

The impact of this seminar led Schmidt to transfer to SEBS in his sophomore year as an Ecology, Evolution, and Natural Resources major. He immediately became deeply involved in several sub-disciplines within Ecology that each would play a significant role in an incredibly wide-ranging and impactful undergraduate experience.

The first was his involvement with the Rutgers Urban Forestry Program, where he had the opportunity to address current issues in the field of urban forestry and forestry education. He worked alongside fellow undergraduate student, Brianna Casario, with whom he published a paper in the journal of Arboriculture & Urban Forestry addressing the use of photo-based identification apps in forestry education.

Schmidt continued working with the program and became the president of the Rutgers University Forestry Club, ending his leadership of the student club with a successful 150th anniversary of Arbor Day event that was attended by Rutgers President Jonathan Holloway.

Another significant experience was his deep involvement in the Rutgers Chrysler Herbarium with Lena Struwe, professor and director, and Megan King, collections manager.

“I’ve been an advisor for scores of students over the years, what stood out immediately about Ryan was his incredible energy and his passion for plants,” says Struwe. 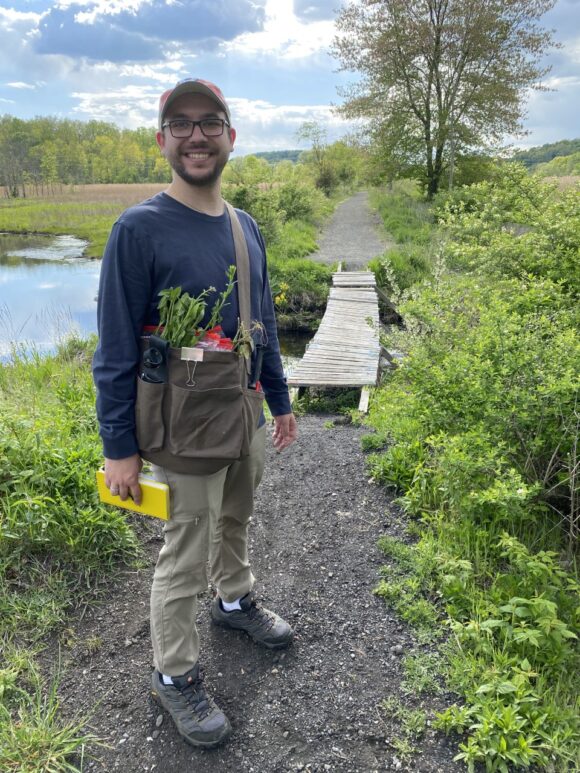 Schmidt began as an intern in the herbarium in his first semester and has continued throughout his undergraduate career.

“It was here that I started to address questions about the changing biodiversity of the region and became very interested in studying how historical trade has influenced the flora of New Jersey.”

His project involved exploring the history of ballast stones—used for stabilizing ocean-faring ships until the 20th century—and how they have acted as a method for the inadvertent introduction of non-native plants. In the old days, soil among the rocks from ballast heaps dumped on the shores supported the proliferation of new plant species from far-away places.

“He’s reinvigorated research from the 1800s using modern tools to investigate ‘ballast plants’ by looking at herbarium specimens in the historical record, and earning several grants for his unique research, including a three-year National Science Foundation grant to support his doctoral studies,” says Struwe.

For the George H. Cook Scholars Program, Schmidt compiled a list of more than 350 plant species that were collected in association with ballast since the 1800s, and studied how their distributions have changed over the past 200 years using herbarium specimens. He presented his ballast research at the 2021 Botany Conference.

As far as Prof. Struwe knows, Schmidt is the only person working on ballast plant research at the moment, and at such a large and global scale.

“I have gotten to know thousands of students over the years, but Ryan is in his own category of enthusiasm and knowledge-building. It has been great to see his capabilities grow as his George H. Cook Scholars Program thesis advisor and as the director of Chrysler Herbarium, where he is a paid lead intern. “He is also the undergraduate student that has collected the largest number of new herbarium specimens for research in many decades at Rutgers,” says Struwe, his professor in several classes.

“I also invited Ryan to join our graduate level seminar, Advanced Evolution, which he took for credit last semester as one of the first undergraduates ever. The focus was Diversity and Inclusion within Ecology and Evolution.”

In the fall, Schmidt will enter the Rutgers School of Graduate Studies to pursue a doctoral degree in Ecology and Evolutionary Biology. He will continue his work with ballast species introductions and using herbarium collections as a tool for answering questions about how humans have impacted plant species and their distributions.

His outstanding academic performance has earned him several highly competitive national awards, including the Field Botany Award from the Garden Club of America for his summer research, and the undergraduate research award from the Society of Herbarium Curators for his research on ballast plants.

Although an undergraduate, Schmidt’s research experience is vast, involving many aspects of plant biology, biodiversity, spatial and temporal changes in floras, and big data science using digitized herbarium specimens. He is assured of a bright future based on his undergraduate preparation at SEBS, both in and out of the classroom.

“In five years, I hope to have earned my doctorate in Ecology and Evolution from Rutgers and am looking to find new ways to use natural history collections in contemporary botanical research.”

And his goal in 10 years? “I hope to be working at a research university or a museum where I can continue my research in botany and educate others about the interactions between humans and botanical biodiversity.”