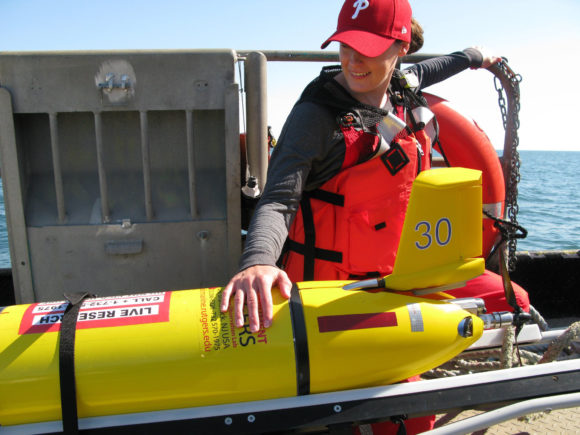 The New Jersey Department of Environmental Protection (DEP) and New Jersey Board of Public Utilities (BPU) recently announced the award of funding for studies to provide enhanced scientific information on the impacts of offshore wind energy development off New Jersey’s coastline as well as the state’s entry into a regional offshore-wind science collaborative. The development of New Jersey’s offshore wind resources is a core strategy of the state’s Energy Master Plan, which identifies the most ambitious and cost-effective ways of reaching 100 percent clean energy by 2050.

Identified as priorities by a diverse group of stakeholders, the studies are the first funded projects through the Offshore Wind Research & Monitoring Initiative (RMI). This collaborative effort of the DEP and BPU is working to coordinate and expand research into impacts of offshore wind development on wildlife and fisheries. The projects are funded by two offshore wind farm developers through a fund administered by the state.

Among the RMI-funded initiatives is a $2.5 million award to Rutgers University Center for Ocean Observing Leadership to fully support a New Jersey statewide ‘eco-glider’ program that will provide seasonal resolution data for a large range of parameters, including physical and chemical variables, and biological variables spanning from phytoplankton and zooplankton to pelagic fish and marine mammals. 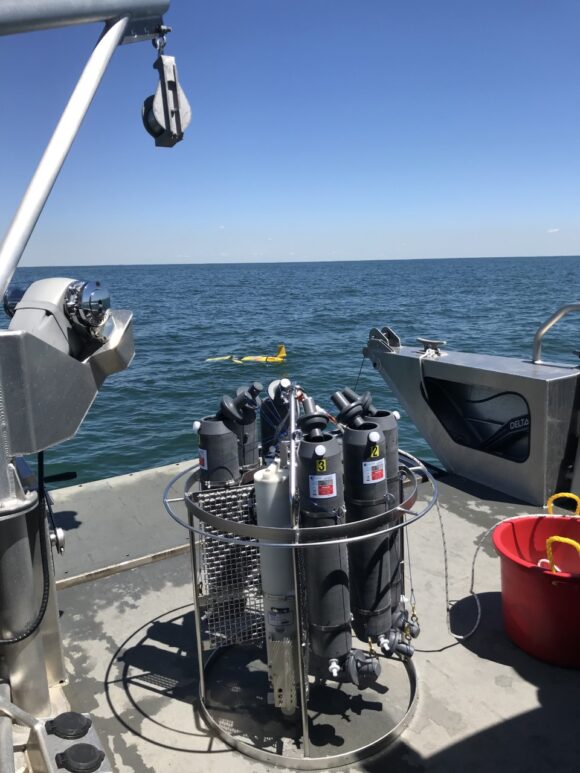 “With offshore wind construction scheduled to begin in the next couple years, it is critical that oceanographic and ecological baseline monitoring begin immediately. Through this project, we are providing an opportunity for baseline monitoring and research to not only support the offshore wind planning process, but also provide valuable information relevant to ongoing environmental and ecological change in New Jersey’ productive coastal waters,” said Saba.

As part of the project, a seasonal baseline survey will be conducted in the New Jersey coastal shelf from Sandy Hook to Atlantic City using a pair of gliders deployed in each season over two years, with a full complement of sensors to simultaneously map oceanographic and ecological variables. In addition to these paired seasonal missions, a third glider will be deployed three times each year to fill coverage gaps in the seasonal glider deployments from the onset of seasonal stratification associated with the Spring formation and Fall physical breakdown of the Cold Pool, a cold subsurface water mass seasonally present along the New Jersey shelf.

This monitoring strategy increases the ability to characterize the true variability of the system throughout a year, which can then be used as a baseline to observe potential impacts of offshore wind development and operation and/or compare to observations of future environmental and biological fluctuations and long-term changes in New Jersey’s coastal system.

Graduate students in the Masters in Operational Oceanography program at Rutgers will analyze the oceanographic and ecological datasets provided by this glider monitoring program to develop data products and conduct hypothesis-driven research.

The data will allow scientists to explore overlaps between oceanographic features and distribution of fishes and marine mammals and between marine mammal predators and their prey – in and around existing and planned wind energy lease areas – that will enhance the ability to predict where and when important species may occur in New Jersey coastal waters.

Additionally, the co-location of biological and chemical measurements obtained through this program will provide insight into how organisms respond to environmental stressors, such as ocean acidification or hypoxia, in their natural habitats.