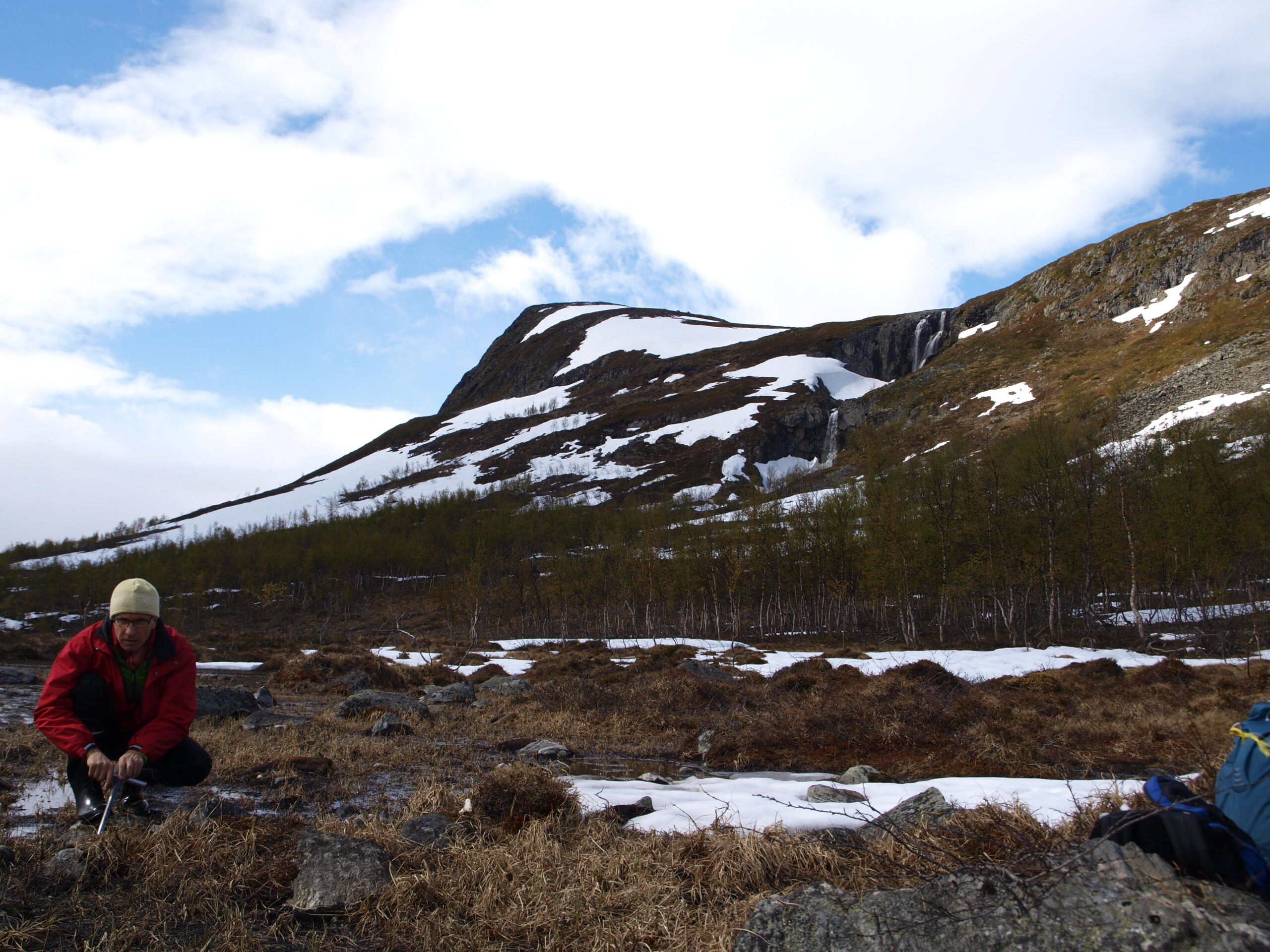 Max Häggblom, Department of Biochemistry and Microbiology at Rutgers, sampling for soil microbes in the Malla Nature Reserve, located at Kilpisjärvi in northwestern Lapland, Finland, one of the project study sites.

Distinguished Professor and chair of the Department of Biochemistry and Microbiology, Max Häggblom, is principal investigator of a collaborative, multinational project, “Dimensions US-China-South Africa: Establishing genetic, phylogenetic and functional mechanisms that shape the diversity of polar and alpine soil microbiomes,” funded by the National Science Foundation. Rutgers co-principal investigators are Lee Kerkhof, professor in the Department of Marine and Coastal Sciences, and Malin Pinsky, professor of in the Department of Ecology, Evolution, and Natural Resources.

By studying polar and alpine soils, researchers are seeking to identify the mechanisms that lead to diverse soil microbial communities, hallmarks of stable and sustainable soils.

“The ‘tri-polar’ region was chosen as high latitude and altitude soils are disproportionately impacted by climate change and predicted to show increased microbial activity and enhanced turnover of soil organic matter in the future. Significant warming of these soils is expected to drive increased microbial activity and enhanced greenhouse gas release,” said Häggblom. 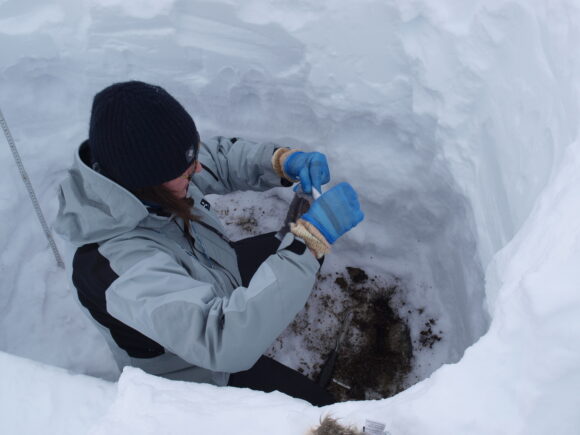 Microorganisms are the foundations of ecosystems and drive the biology and chemistry in soils, including the conversion of soil organic matter into the greenhouse gases carbon dioxide and methane, as well as nitrogen and phosphorous compounds that can be used by plants.

“Understanding the ecology of these microorganisms is a compelling scientific challenge, particularly for soil microbiomes that govern nutrient cycling and decomposition,” he explained.

The combinations and interactions of forces that govern the assembly, dynamics and activity of soil microbiomes are poorly understood—particularly for polar and alpine soils that are on the frontline of climate change.

“Having a clear understanding of how soil ecosystems respond in these polar regions is critical for evaluating the controls of biogeochemical cycling and clarifying microbial feedbacks in a changing world,” he added.

Researchers will link laboratory- and field-based approaches to describe the genetic, phylogenetic and functional diversity of Acidobacteria, one of the most ubiquitous but elusive bacterial phyla found in terrestrial ecosystems around the globe. The research will be coupled to educational activities by integrating samples and data into hands-on classroom training at the K-12, undergraduate and graduate levels.

Collaborators on the NSF-funded studt include: