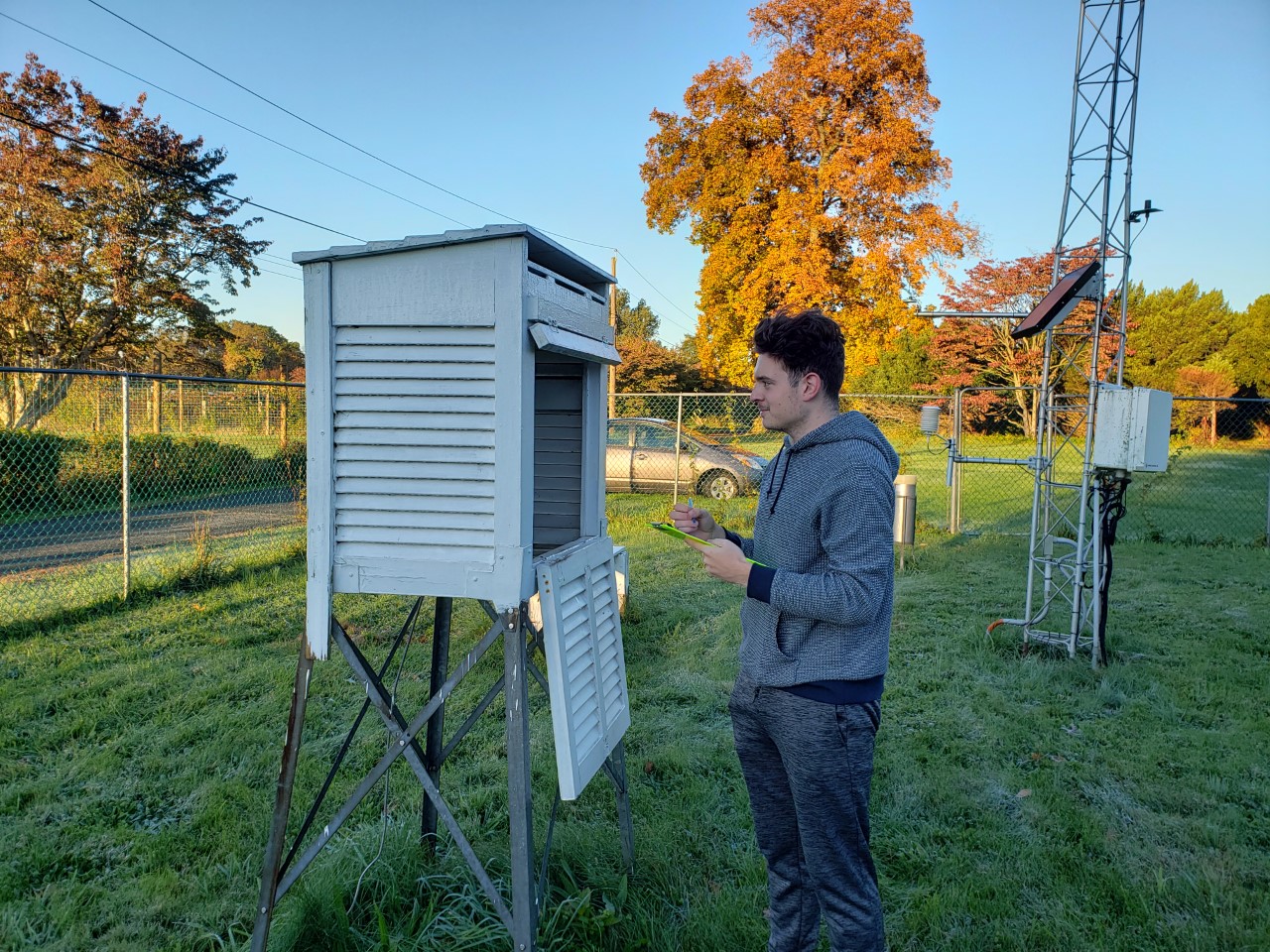 Tom Juliano, a junior meteorology student at Rutgers University, takes the 8 a.m. daily weather observation at Rutgers Gardens in New Brunswick. Juliano is one of several students who report the daily high temperature, low temperature, rainfall, snow and more at the station, as has been done for more than 125 years. Photo credit; Anthony Broccoli.

The National Oceanic and Atmospheric Administration’s (NOAA) National Weather Service has selected Rutgers University as a recipient of its 2021 Honored Institution Awards for 125 years of service and providing outstanding weather service to the nation.

Rutgers has maintained a weather station on campus as part of the Cooperative Observer Program since Jan. 1, 1896, with the current location at Rutgers Gardens on the Rutgers-New Brunswick campus since 1978. Rutgers students, faculty and staff received the award from NOAA during a virtual ceremony on Nov. 3.

“Long-term stations like the one at Rutgers Gardens have played an invaluable role in our efforts to document and produce evidence of climate change,” said Anthony Broccoli, a Distinguished Professor of atmospheric science, who oversees the station. “Many students, staff and faculty have contributed to this remarkable record of weather and climate at New Brunswick. Generations of students have taken on the responsibility of recording the daily weather readings. Without their efforts over the past 125 years, this recognition would not have been possible.”

Rutgers weather station has recorded a number of historic weather events, including an all-time low of -16 degrees Fahrenheit on Feb. 9, 1934. The station also recorded a major snowstorm in January 2016 that dumped a two-day total of 26.9 inches of snow. 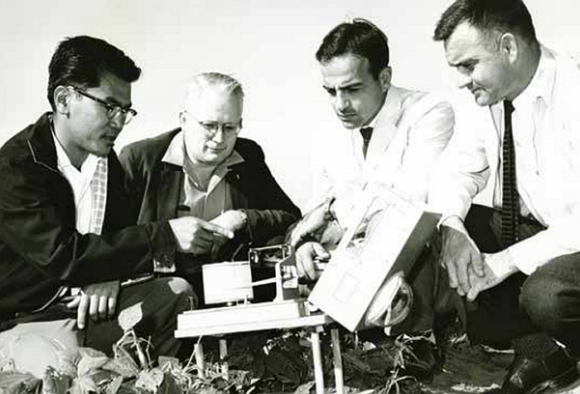 Meteorologists examine a pyrheliograph, which measures the intensity of solar energy, used to study the effects of weather and climate on a Rutgers research farm. Photo courtesy of the School of Environmental and Biological Sciences.

“Weather observations are the backbone of weather forecast and warning operations. The observations our cooperative weather observers take each day not only enhance our climate history, they also are incorporated into computer model that allow our forecasters to provide accurate forecasts and warnings during severe weather, flooding and winter storm events. These observers are also our eyes and ears in the field during events, at times providing critical near real-time information,” said Philadelphia/Mount Holly WFO Meteorologist-in-Charge Jason Franklin.

Recent developments have included making current data available at Rutgers Weather Center with some recent historical data available at the weather station website. The Office of the New Jersey State Climatologist, a unit of Rutgers New Jersey Agricultural Station, is a curator of COOP station records for New Jersey.