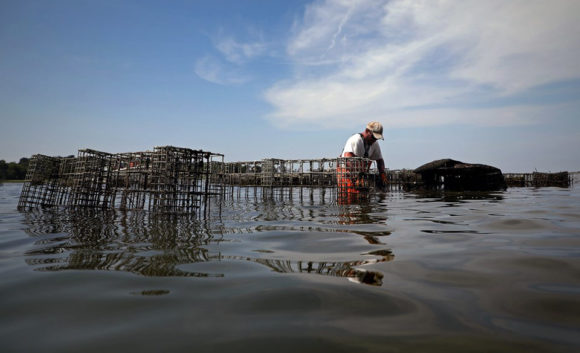 NOAA Sea Grant announced $16 million in federal funding awards to support 42 research projects and collaborative programs aimed at advancing sustainable aquaculture in the United States. Rutgers scientists are among those serving as principal investigators of three of the 42 projects.

The economic benefit of NOAA Sea Grant’s investment in aquaculture in 2018 was $65 million, including sustaining or creating 841 jobs and 345 businesses. In 2019, Sea Grant employed or partially funded 111 professionals working on aquaculture around the country to study, communicate, identify needs or transfer research to industry members and the public.

Director of the National Sea Grant College Program, Jonathan Pennock, said, “With our 2019 investments, we are building on investments by Sea Grant and NOAA over the last few years to fill critical gaps in information and strengthen connectivity of science to industry. These investments will help advance U.S. aquaculture in sustainable, thoughtful ways using the best science and talent across the country.” 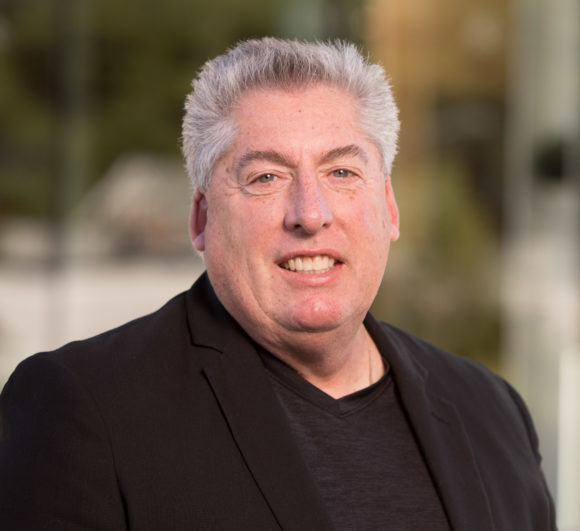 The GIS Based Tool for Spatial Planning and Management of Shellfish Aquaculture in New Jersey, funded at $249,989, is led by Michael De Luca, with co-principal investigators Lisa Calvo, shellfish aquaculture program coordinator at HSRL, Jeanne Herb (CC ’81), executive director, Environmental Analysis and Communications Group at the Bloustein School of Planning and Policy, and Lucas Marxen, associate director of the Office of Research Analytics, NJAES. Their project aims to “develop an interactive shellfish aquaculture siting tool for New Jersey and use it to model different scenarios for the expansion of aquaculture in the state and to gather stakeholder input for valuation of critical areas. The continued vitality and potential for growth of shellfish aquaculture in New Jersey will be dependent on a comprehensive spatial planning effort that examines the existing footprint and seeks smart growth that is compatible with other valued uses of state coastal waters.” 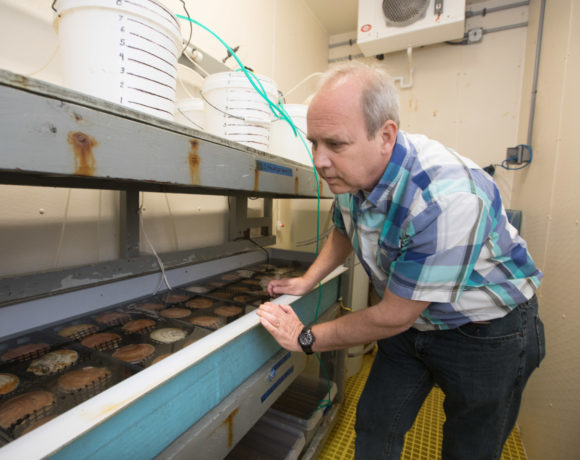 Atlantic and Gulf Shellfish Seed Biosecurity Collaborative, funded at $1,172,732, is led by David Bushek, with co-principal investigators Ryan Carnegie, William & Mary’s Virginia Institute of Marine Science, Peter M. Rowe, New Jersey Sea Grant Consortium, and William Walton, Auburn University. “Aquaculture continues to expand rapidly along the East Coast and is beginning to grow along the Gulf Coast with increasing requests for transfers of shellfish that can potentially spread disease harming the industry and natural resources. Regulators to have access to an understanding of disease dynamics and distributions in order to appropriately evaluate risk and gain confidence in justifying transfer decisions one way or the other. Similarly, industry members, including hatcheries, nurseries and farms, must understand the basics of disease risks to protect themselves, neighboring farms, and wild stocks as they seek to source seed for their needs. Developing this understanding and transferring the knowledge to employ these tools is a primary role of extension and represents an important element of this project.” 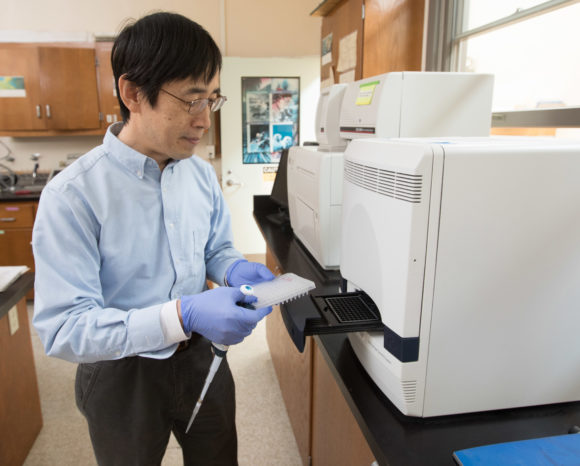 QPX distribution and persistence in the environment and East Coast Hard Clam Selective Breeding Collaborative, funded at $1,200,000, is led by Bassem Allam of New York Sea Grant project, with co-principal investigators Emmanuelle Pales Espinosa, Stony Brook University; Ximing Guo, Rutgers University; Kimberly Reece, Virginia Institute of Marine Science; and Antoinette Clemetson, New York Sea Grant. “This collaborative proposal builds on ongoing cooperation and new partnerships among Sea Grant programs, scientists and extension teams in five Atlantic states to develop a hard clam selective breeding program for the benefit of clam farmers throughout the region. [….] The overarching aim of this proposal is to accelerate and enhance the selective breeding of the hard clam and develop superior clam stocks for aquaculture operations for all growing regions along the Atlantic seaboard.”