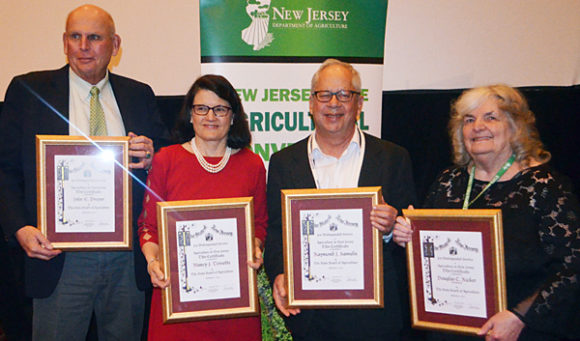 Samulis, who retired in late 2017 after 41 years of service as agricultural agent for Rutgers Cooperative Extension of Burlington County, was known for his expertise with sweet corn and established one of the most comprehensive sweet corn programs that involved field research, comprehensive training seminars, and marketing research. He was also an advocate for farm safety for much of his career. He led several seminars on farm safety and the Cranberry Growers Association gave him an award for being a safety mentor for its industry. Samulis also established field trials for Padron peppers in New Jersey and was heavily involved in helping cranberry, pumpkin and other vegetable growers with various field trials, playing a key role in making New Jersey a leading producer in the United States in several crops.

Originally from Barrington, NJ in Camden County, Samulis did not grow up on a farm or in an agricultural setting. However, sparked by an early interest, by ninth grade he knew he wanted a career in agriculture which led to him to work at three different farms and as a landscaper. He went on to earn his Bachelor’s degree in horticulture from Delaware Valley University and then achieved his Master’s degree at Cornell University.