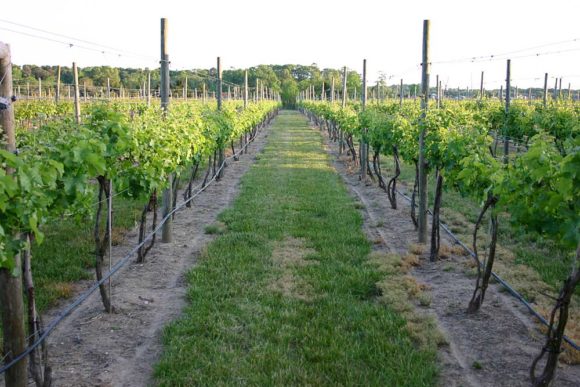 Rutgers Cooperative Extension is helping New Jersey farmers thrive by revealing the uniqueness of their wines through science. Rutgers faculty and staff collaborated with local farmers who were interested in highlighting their farm wineries as unique to the region. The farmers enlisted the help of Jenny Carleo, county agent, Department of Agriculture and Natural Resources, Rutgers Cooperative Extension of Cape May County, to assist them in earning an American Viticulture Area (AVA) wine region designation. 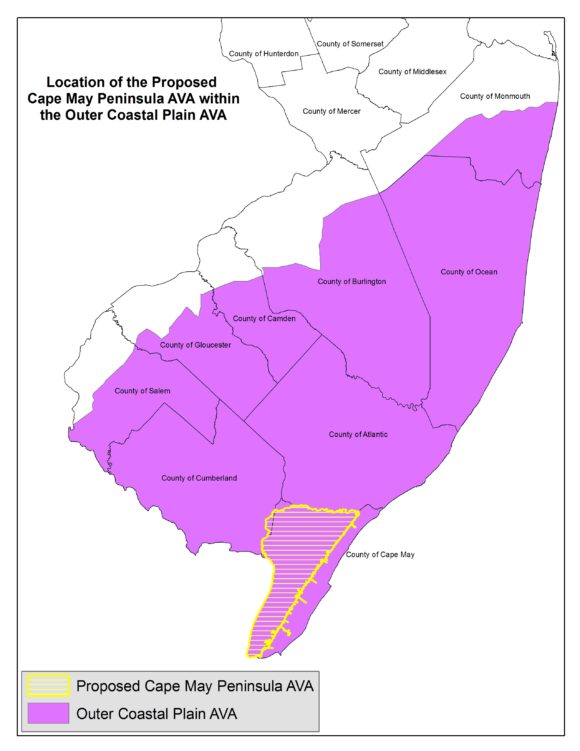 Locator map of the then proposed Cape May Peninsula AVA.

Earlier this year, wineries on the Cape May Peninsula received approval as an official wine-grape growing region from by the U.S. Alcohol and Tobacco Tax and Trade Bureau. This enables winemakers to better describe the origin and unique attributes of their wines and to label them as originating in the Cape May Peninsula.

The new distinction, which is a sub-appellation that falls within the existing Outer Coastal Plain AVA of southeastern New Jersey, highlights the distinctive qualities of wines crafted on the southernmost part of the state, says Carleo.

The attributes that helped make the case for a distinct Cape May Peninsula AVA, which encompasses parts of Cape May and Cumberland counties, included warmer winters, cooler summers and the types of grapes grown in comparison to the neighboring region, explains Carleo.

“Wineries that fall within the new AVA and use at least 85 percent of wines grapes grown in the Cape May Peninsula in their wine will now be able to label their bottles with the new AVA,” she adds.

This designation was achieved through a concerted effort among local farmers, the County of Cape May and Rutgers Cooperative Extension. Al Natali, owner of Natali Vineyards and a member of the New Jersey State Board of Agriculture, played a critical role in developing the AVA application with technical support from the Cape May County Planning Department. 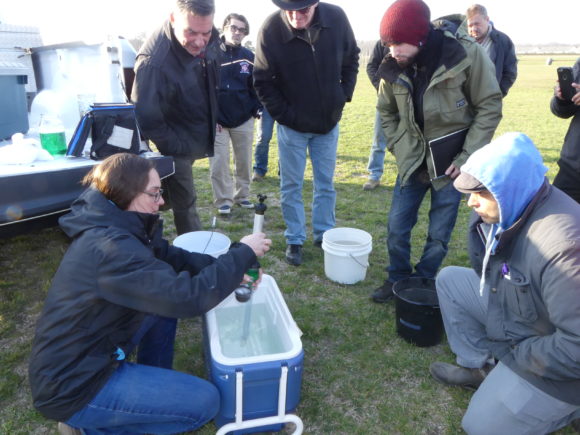 At a Twilight Meeting for farmers this spring, Jenny Carleo provided hands-on demonstration of a tensiometer, an instrument that measures the amount of water in the soil that helps farmers to know when to water young vines. Photo: Lenora Boninfante.

The county provided high quality GIS maps and data on land area, water, soils and areas suitable for agricultural production while Carleo worked with other researchers from Rutgers and local farms and wineries to gather information on current wine and grape production and future projections.

Carleo was also instrumental in translating technical information into visual formats, highlighting the unique weather attributes of the county in comparison to neighboring areas. “Those graphics helped illustrate and communicate technical and scientific data to the application reviewers, enabling them to make a positive determination on the Cape May Peninsula AVA.”