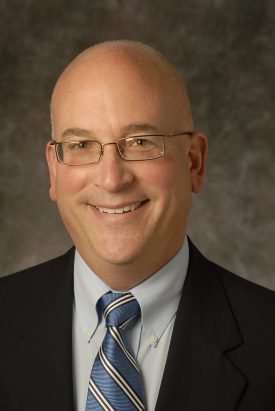 New Jersey Secretary of Agriculture Douglas H. Fisher said, “While we are saddened by Dan’s recent passing, he leaves a legacy that will be carried on by those who knew him and those involved in New Jersey agriculture.”

Kluchinski, who passed away on October 16, joined the Rutgers faculty in 1988, serving as county agricultural and resource management agent in Mercer County, achieving the rank of professor in 2004. His area of expertise included agronomy and sustainable agriculture supporting growers in Mercer County and the state. His greatest programmatic efforts were research into the use of municipal collected tree leaves as a soil amendment.

Kluchinski served as department chair and associate director of extension for 2003 to 2017. As department chair, his passion was supporting county agricultural agents through mentorship, administrative support and the development of career guidance materials. He also served as chair of the north east agricultural and resource management program leaders committee. He served on numerous committees including co-chair of Rutgers Cook College and the New Jersey Agricultural Experiment Station strategic planning committee and co-chair, Rutgers Cook College’s transforming undergraduate education committee, as well as many other school and university committees.

Kluchinski was the first faculty member from Rutgers Cooperative Extension to serve as an advisor on the certification board, member of the executive committee and secretary and member of the board of directors of the Northeast Organic Farming Association-New Jersey. He was instrumental in establishing NOFA-NJ’s educational outreach efforts including the organic county fairs and winter conference educational meeting.

He was a long-time member of the American Society of Agronomy and served in numerous leadership capacities with the National Association of County Agricultural Agents, including extension development council chair, board of directors, chair of NACAA futuring committee and national chair, and twice on the early career development committee. Kluchinski was instrumental in the formation of the Northeast Association of County Agricultural Agents and served as its first president.