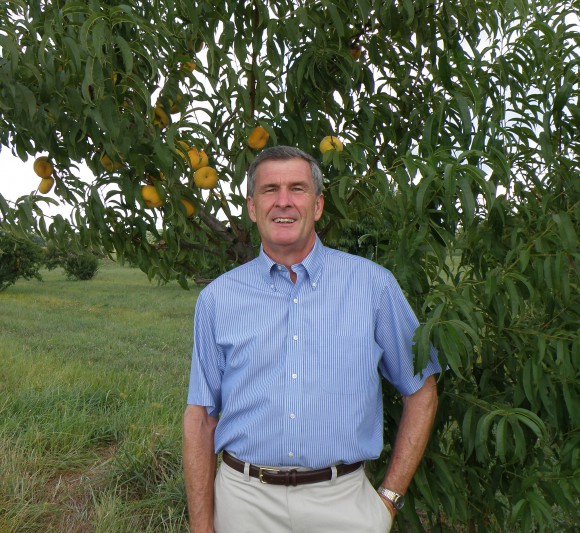 Joe Goffreda standing in front of a new selection that was derived from a cross with ‘NJF16’, the variety invention that earned him the “Inventor of the Year” honor from the NJ Inventors Hall of Fame. Photo credit: Brandon Cantarella.

On November 3, Joseph Goffreda (CC’83), associate professor of plant biology and pathology and director of the Rutgers Fruit and Ornamental Research Extension Center, and Anna Voordeckers, who retired in 2015 as a lab technician with over 50 years working in the Rutgers tree fruit breeding program, were presented with the R&D Council of New Jersey’s Edison Patent Award. The council’s 37th annual Patent Award Ceremony and Reception was held at the Liberty Science Center in Jersey City.

Goffreda and Voordeckers developed a patented hybrid peach variety marketed under the name TangOs® that is able to thrive in New Jersey’s sometimes difficult growing conditions, while maintaining the combination of peach attributes attractive to both consumers and commercial producers.

“The work by Joseph Goffreda and Anna Voordeckers is among the latest in a long line of valuable innovations that Rutgers has shared with New Jersey growers, who are key contributors to our state’s economy,” said Christopher J. Molloy, Rutgers senior vice president for research and economic development at Rutgers. 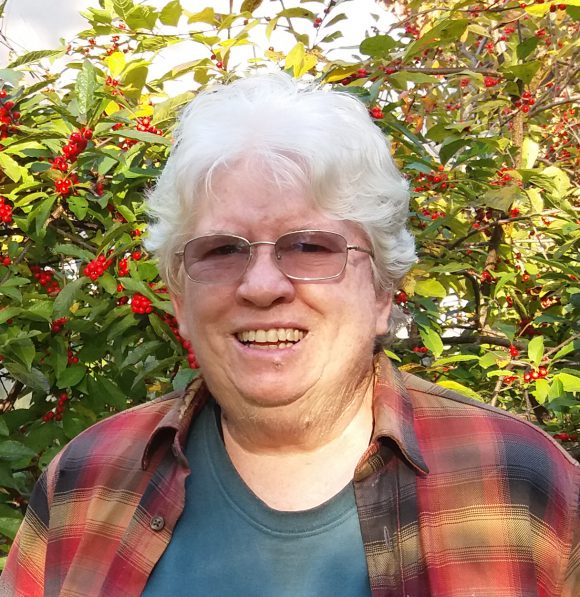 Goffreda, who has 26 other patents for apples, apricots, nectarines and peaches, has led the Rutgers tree fruit breeding program since 1989. In 2015, he was honored with the “Inventor of the Year Award” by the New Jersey Inventors Hall of Fame.

Two former researchers in the Department of Pathology and Laboratory Medicine at the Rutgers New Jersey Medical School Raphael Mannino and Ruying Lu, now both at Matinas BioPharma, were also honored at the ceremony.