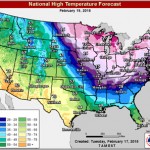 Very wavy jet-stream patterns are affecting weather around the northern hemisphere, causing extremes of warm in the west and cold in the east. In a study published in IOPscience, climate scientist Jennifer Francis and University of Wisconsin-Madison scientist Stephen Vavrus link the wavy jet stream to a warming Arctic, where climate changes near the top […]

A new study has proven that an ingredient in extra virgin olive oil can kill cancer cells. The results of the study, which will be published in the journal Molecular and Cellular Oncology, were made public on January 23, 2015… The researchers, nutritional scientist Paul Breslin (Rutgers University), biologist David Foster (Hunter College) and chemist Onica LeGendre (Hunter College) discovered in a lab study that the ingredient, called oleocanthal, causes a rupture of a part of the cancerous cell which releases enzymes and causes cell death, without harming healthy cells. In this way, cancer cells are killed by their own enzymes… “There are many compounds in EVOO that have a 6-carbon ring structure on them and collectively they are known as phenolics,” Breslin added. “These compounds are collectively good anti-oxidants preventing oxygen pore-radicals from forming and they also tend to be anti-inflammatory. Oleocanthal has been shown to interfere with processes associated with many types of inflammation, Alzheimer’s disease, and cancer formation and growth.”

Scientists at Rutgers and Wisconsin universities are linking climate change and extreme weather, such as this winter’s persistent cold snaps gripping the Lehigh Valley and beyond… Specifically, the jet stream that pushes weather systems across North America has been varying more wildly and more often since the 1990s, according to an article published Wednesday in Rutgers Today. A new study, published in IOPscience, by Rutgers climate scientist Jennifer Francis and University of Wisconsin-Madison scientist Stephen Vavrus ties the “wavy jet stream to a warming Arctic, where climate changes near the top of the world are happening faster than in Earth’s middle latitudes,” Rutgers Today reports… “The recent changes we’ve seen are clearly linked to increasing greenhouse gases, and there’s no sign of abatement in our use of fossil fuels,” Francis told Rutgers Today, noting that during that ancient period the Earth was several degrees warmer than now and sea levels were several meters higher. 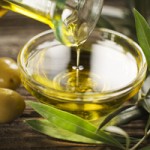 While it is well known that olive oil contains a type of healthy fat that can protect against heart disease, its role in preventing cancer has not been as well researched. Rutgers professor of nutritional sciences Paul Breslin and colleagues at Hunter College have found that an ingredient in extra-virgin olive oil, oleocanthal, ruptures a […]

Nina Fefferman, an epidemiologist at Rutgers University, told WNYC’s New Tech City that the incident introduced a “curiosity” factor that had never been included before in models, where people would travel to the scene of an outbreak just to see what was going on. People would take on certain roles, such as a National Guard to protect quarantine zones, medical staff, or of those who wanted to take advantage of the chaos… “So we’ve got the social set up that we need for the behaviors to be not, again, realistic for the real world but a little closer than just sitting down and thinking to yourself ‘huh, I wonder what I would do,” Fefferman said. 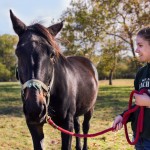 Catherine Seeds, a senior at the Rutgers School of Environmental and Biological Sciences (Animal Science 2015), is the recipient of the Ernest C. Bell Scholarship for 2015 that was presented at the Annual Breeders Awards luncheon, which was hosted by the New Jersey Department of Agriculture on January 25. Carey Williams, associate director for outreach […]

With temperatures in the teens in Washington D.C., the C&O Canal is frozen solid. So are tens of millions of people from Maine to the Carolinas… “And now to add insult to injury there’s been some of the coldest air in the last couple of decades invading the Northeast from the Arctic,” says Dave Robinson, a professor of climatology at Rutgers University. He says what’s behind it all is the polar vortex…”The polar vortex is essentially the coldest air found in the Northern Hemisphere, and it’s situated up in the Arctic in the bulk of the winter,” Robinson says. “But occasionally, a lobe of that will dip south above the jet stream and allow that cold air down into the Middle Atlantic states. Sometimes last winter, it was into the northern Plains.”

Harriet Worobey, director of the Nutritional Sciences Preschool, an outreach program of the department of Nutritional Sciences, is interviewed by preventobesity.net on involving preschoolers in healthy eating and the preparation of healthy foods… I a…

The kind of research results that make you wonder what humans can really- and effectively- do to guard against rising sea levels. New research shows global sea level has been rising two and a half times faster the past 20 years than it had in the last …