It wasn’t just the rabbits that were bright-eyed and bushy-tailed at Saturday morning’s Small Animal Educational Symposium — so too were the young 4-H members eager to learn more about caring for their little friends… Attendees from nine New Jersey counties who came to the Gloucester County complex, in Clayton, received first-hand lessons on fundamentals like poultry showmanship as well as preparing rabbits and cavy (think guinea pigs and the like) for judging… Now in its second year, the event put little critters in the spotlight and sometimes on the table while the finer points of their health and handling were taught. Other event attractions included a rabbit-hopping competition and a “Health Check 101” seminar.

A team of Rutgers University scientists has developed a lettuce product to compete with the nutritional value of blueberries, quinoa, almonds and kale… According to information provided by Leon Segal, director of Rutgers’ Licensing and Technology Office of Technology Commercialization, the Rutgers lettuce is not that watery, flavorless sandwich topper that constitutes much of the public’s lettuce diet. Instead, the research team used tissue culture technology to create a colorful and nutritionally powerful red leaf plant they call Rutgers Scarlet Lettuce… Most important, it tastes good- at least to Rutgers professor Ilya Raskin, who led the project… With support from the National Institutes of Health, Raskin and his team from the School of Environmental and Biological Sciences set out about three years ago to see how they could boost the health value of the vegetable through “nutritional breeding.”

Following a Mediterranean diet has long been regarded as the key to a long and healthy life. And now scientists may have found one of the key reasons why… An ingredient in extra virgin olive oil, oleocanthal, kills human cancer cells without harming healthy ones, researchers found… The oleocanthal works by rupturing a part of the cancer cell called the lysosome, which acts as the cell’s waste dump, releasing proteins that cause it to die… “The lysosome is the garbage dump, or the recycling centre, of the cell,” said researcher Paul Breslin, from Rutgers University in the U.S. “Once you open one of those things, all hell breaks loose. “The lysosome is isolated in the cell because it’s so toxic. If you rupture the membrane that’s compartmentalising the lysosome, the inside of it leaks out into the cell. 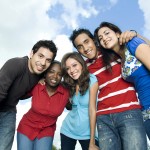 On February 19, Rutgers Cooperative Extension Specialist in Financial Resource Management Barbara O’Neill was a guest “chatter” on WiseBread, a blog for millenials about “living large on a small budget.” O’Neill emphasized in the forum that even modest savings are helpful. “Any amount of college #savings is better than none. #Save what U can now […]

Olive oil, a staple of the Mediterranean diet and long hailed as a cardiovascular health enhancer, is now showing promise as a cancer preventive. That’s the exciting news from a recently published study in the scientific journal Molecular & Cellula… 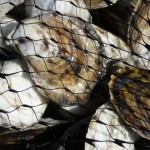 Managers, educators, and oyster farmers gathered at Cape May’s Grand Hotel late last month for a special session, “Shellfish Culture Now and Tomorrow: Charting a Course for Delaware Estuary Aquaculture,” held in conjunction with the Delaware Estuary Science and Environmental Summit. The Partnership for the Delaware Estuary has hosted the summit every two years since […]

An ingredient in extra-virgin olive oil kills a variety of human cancer cells without harming healthy ones… “We needed to determine if oleocanthal was targeting that protein and causing the cells to die,” says Paul Breslin, professor of nutritional sciences in the School of Environmental and Biological Sciences at Rutgers and coauthor of a new study published in Molecular and Cellular Oncology… After applying oleocanthal to the cancer cells, the researchers discovered that the cancer cells were dying very quickly- within 30 minutes to an hour. Programmed cell death takes between 16 and 24 hours, so the scientists realized that something else had to be causing the cancer cells to break down and die.

What is the sky worth? This sounds like a philosophical question, but it might become a more concrete one. A report released last week by the National Research Council called for research into reversing climate change through a process called albedo modification: reflecting sunlight away from earth by, for instance, spraying aerosols into the atmosphere. Such a process could, some say, change the appearance of the sky- and that in turn could affect everything from our physical health to the way we see ourselves… If albedo modification were actually implemented, Alan Robock, a professor of environmental sciences at Rutgers, told Joel Achenbach at The Washington Post: “You’d get whiter skies. People wouldn’t have blue skies anymore.” And, he added, “astronomers wouldn’t be happy, because you’d have a cloud up there permanently. It’d be hard to see the Milky Way anymore.”