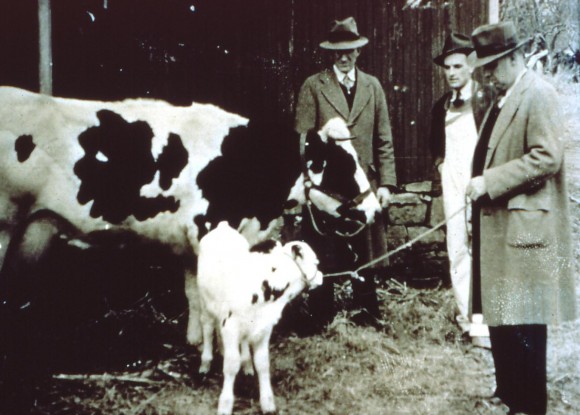 The first calf born via artificial insemination in the U.S. in February 1939 was at the Schomp Farm in Stanton, NJ. At the time it was considered the most photographed and publicized bovine in history. Courtesy of Rutgers Department of Animal Sciences

For a university that has been around for almost 250 years, big anniversaries are a good time to gauge progress and reflect on past accomplishments. While Rutgers University still has another two years to go before its actual 250th anniversary (it was established in 1766), the year 2014 marks two milestones that reflect the university’s mission of supporting New Jersey agriculture and disseminating practical knowledge to promote the well being of the residents it serves.

First, this year marks the 150th anniversary of Rutgers being designated New Jersey’s land-grant institution, leading to the establishment of the Rutgers Scientific School (now School of Environmental and Biological Sciences) in 1864. This was enabled by the passage of the federal Morrill Act in 1862, which created at least one institution in each state that received a land-grant to fund education in the liberal arts, agriculture and the mechanic arts. When the New Jersey legislature designated Rutgers the state’s land grant institution, Rutgers’ connection to the state’s agriculture and its role in scientific research was greatly enhanced.

The other noteworthy event this year is the 100th anniversary of the signing of the federal Smith-Lever Act in May 1914, leading to the creation of the national Cooperative Extension service. Essentially, this Act paved the way for the research and expertise of the land-grant institutions to be disseminated to state residents through county Cooperative Extension offices.

Rutgers tagline, “Jersey Roots, Global Reach,” aptly describes the impact of agricultural innovations at the university. The development of new methods, equipment and plant varieties coming from Rutgers New Jersey Agricultural Experiment Station (NJAES) has been robust. Few may realize that some of the agricultural products and technologies in use worldwide today were developed at Rutgers NJAES. Even less well known is the fact that while university agricultural researchers toiled in their labs or research fields on their developments, New Jersey farmers were working closely with the scientists to test these advances on their own farms, providing essential data to the researchers. These growers took the financial risks to test these innovations on the good faith that they would lead to improvements in their commercial production. Some of these farmer-university connections developed into more than just on-farm trials; they became enduring relationships.

One of the early ag innovations from Rutgers was the introduction of artificial insemination (AI) of dairy cows in the U.S. in 1938 by Rutgers dairy specialist Enos Perry. Prior to that, dairy farms dealt with the hazards of handling dangerous bulls, and injury or death was common on farms. When Enos Perry introduced to North Jersey dairy farmers a procedure from Denmark to artificially inseminate dairy cows, the concept was readily accepted and a farmer co-op was formed. These North Jersey farmers would be the first to test artificial insemination in the U.S. According to the publication Pennsylvania and New Jersey AI Cooperatives: The First Forty Years, “The dairymen who entrusted their cows to artificial insemination, using semen from a test tube, were truly pioneers, and they were the first to use cooperative artificial breeding in this country. Therefore they deserve to be listed for posterity. (Veternarian) Dr. Henderson inseminated cows that day (in November 1938) for Fred Mayer in Somerset County, Kingman Brothers at Three Bridges, and Clifford Snyder at Pittstown in Hunterdon County, and for Hans Schanzlin at Montana in Warren County. The first page of AI history in the United States was recorded.” 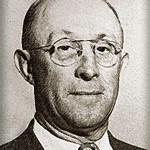 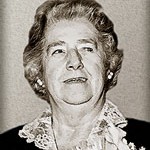 The involvement of one of these farmers serves an example of a farmer relationship that developed into a further connection with the university. After the passing of Clifford Snyder, his widow Melda bequeathed the Snyder farm to Rutgers upon her death. The Clifford E. & Melda C. Snyder Research and Extension Farm in Pittstown serves as the Rutgers Center for Sustainable Agriculture and carries on the Snyders’ legacy of facilitating advances in agriculture.

Another frontier of Rutgers ag innovation was in farm technology. Some modern agricultural applications in use today resulted from Rutgers NJAES innovations and the New Jersey farmers who tested them.

In the early 1960s, as an extension agricultural engineer at Rutgers, Bill Roberts was working with some New Jersey growers who were using low-cost polyethylene film on simple wooden frames to construct greenhouses used primarily for spring transplant production and bedding plants. Using two layers of plastic on the greenhouses improved function and efficiency, but was still cumbersome. When Roberts had an innovation in 1964 to use a small air pump to introduce air pressure between the two layers, the first Air-Inflated, Double-Layer Polyethylene Greenhouse (AIDLPG) was developed and eventually revolutionized the greenhouse industry throughout the world. In the early stages of the development, after applying the concept to a test structure on campus, this model was next tested on a portion of a large commercial greenhouse in Allentown NJ at Kube-Pak, Inc., which was then owned by growers Fred and Bernie Swanekamp. Roberts’ cautious approach for application to a commercial greenhouse was overruled by Fred Swanekamp’s unbridled enthusiasm for the new technology. Roberts recalls, “I asked Fred if he wanted to try it on one bay and he said that he wanted to do one half the greenhouse, which was a greenhouse of six acres. I told him I wanted to sleep at night but he was so excited about the idea that he proceeded to cover one half of the structure with the air inflated system.” 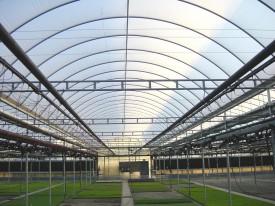 Roberts’ fears were quickly put to the test. “I distinctly remember in the spring of that year on a very windy Saturday staying away from the telephone because we were having hurricane force winds. I didn’t want to hear about the damage to the greenhouse. I heard on the radio that the roof blew off the Polestra, a large basketball arena in Philadelphia and I still received no call from Fred. Finally when I could stand it no longer I called him on Monday morning. He said ‘It was no problem’. The original method of covering on one half of the roof blew off during the storm but the new section was not damaged, so he covered the remaining 500 feet of the entire 1,000-foot long greenhouse with the air inflation system. The Kube-Pak greenhouses today are covered in the same system developed almost 50 years ago.” Kube-Pak is yet another example of New Jersey growers who pioneered an agricultural innovation. 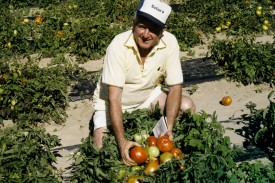 Also in the 1960s, Rutgers Cooperative Extension of Cumberland County Agricultural Agent Norm Smith was nationally and internationally recognized for his research, particularly on the use of plastic mulch and drip-irrigation systems for vegetable crops. Prior to that work, farmers were using either no irrigation or overhead irrigation, which was not efficient. Today, Smith’s irrigation-and-mulch growing system is used on millions of acres worldwide. He pioneered work with plastic film mulch and drip irrigation in the U.S. and extended those benefits to agriculturists in South Africa, Canada, Japan and Northern Europe. Many farms have adopted the highly productive and efficient plant production techniques of intensive food production systems promoted by Smith.

Again, the testing ground for developing these technologies was New Jersey farms. Jack Rabin (CC ’78), director for farm programs at NJAES, said, “Norm Smith did immense numbers of New Jersey on-farm trials annually, likely more than any other Rutgers extension agent before or since. He trialed with drip irrigation plastic mulch at many dozens of Jersey farms, with inflated double poly greenhouses, with lettuce, and fumigation at many farms on crops like eggplant. Norm was indefatigable.”

Rabin sums up the significance of on-farm trials for Cooperative Extension. “Every decent to great County Agent worth his/her salt trials at farms. All the good ones know the essence of ag extension work as envisioned by Smith-Lever was based on Seaman A. Knapp’s quote: ‘What a man hears, he may doubt; what he sees, he may possibly doubt; but what he does himself, he cannot doubt’.”

See back issues and subscribe to What’s in Season from the Garden State.