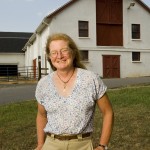 Sarah Ralston, associate professor in the Department of Animal Sciences at Rutgers, has been selected for a 2013-2014 Fulbright U.S. Scholar Grant.

A member of the Animal Sciences faculty at Rutgers since 1989, Ralston plans to travel to Brazil next spring to offer a course in “Equine Nutrition” to veterinary and zootechnology students at the Universidade Federal de Minas Gerais in Belo Horizonte, Minas Gerais, Brazil. Ralston, whose research primarily focuses on the nutritional and behavioral management of young horses, has lectured at this university and many others in Brazil before.

While in Brazil, Ralston also plans to conduct equine nutrition research with Dr. Adalgiza Rezende, her host at the university’s School of Veterinary Medicine. Ralston is fluent in Portuguese and will present the lectures and laboratory sessions in that language.

Ralston, who was born in Ohio, moved to Brazil with her family when she was seven years old. Her father, originally on a three-year assignment to open up an automotive plant in Campinas, spent 11 years there, affording Ralston and her family a vastly different cultural experience than the average American. Her father made it a point to travel as widely as possible in Brazil during school vacations, trips that often took days to get to their destinations along dirt roads at that time.

Ralston completed her elementary education at the American School in Campinas, which by law was required to teach 50% of the courses in Portuguese. Her education included courses in Brazilian geography, history, language and even one in folklore, all of which she relished. Her parents sent her to a boarding school in the U.S. for her secondary education because they feared she was “going native.”  She’d return to Campinas for school holidays and summer breaks and threatened to take out Brazilian citizenship when informed that they were moving back to the U.S. during her first year in college.  Since then, she has jumped at every opportunity to visit Brazil.

“I’m still in contact with many of my childhood friends, most of who are still in Campinas, and I’m hoping to have a reunion with them after my Fulbright stint,” says Ralston. Her familiarity with Brazil and its customs will allow Ralston to tailor her Fulbright lectures to address local concerns and resources.