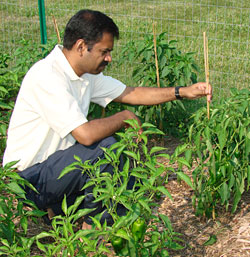 Fresh fruit and vegetable consumption has been on a steady decline but a wave of health conscious consumers and the growing “eat local” movement have provided some measure of optimism. In certain states like New Jersey, another wave of consumers of fresh produce is immigrants from other countries who bring their traditional food preferences to their new homeland. While this growing segment of the population creates higher demand for fresh produce, it is largely an uncharted market for growers.

Today, approximately one-third of New Jersey’s population has a foreign-born background and actively seeks food crops not commonly found in U.S. grocery stores. Much of this ethnic produce is sourced from importers and selections may be small or not very fresh, especially for highly perishable items. Sometimes, preferred produce is not at all available and immigrants either substitute a conventional item or go without the item and change their cuisine accordingly.

While a potentially lucrative market, the questions for farmers are many. For the various immigrant groups, what are their produce preferences and are there some items that span various cultures, such as cilantro, which is used in Asian, Hispanic and other cuisines? How do they like them grown and bundled and how do they prepare and use them? Where are the markets for these items? What varieties do well under local growing conditions? 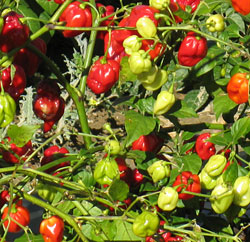 For the individual farmer researching this information would be overwhelming – enough to provide a barrier to entering this market. Several Rutgers New Jersey Agricultural Experiment Station faculty and extension agents have undertaken a number of ethnic crops research projects to help answer some of these questions. Under one such project, Ramu Govindasamy, associate professor and marketing specialist within theDepartment of Agricultural, Food and Resource Economics, along with Rutgers colleagues, cooperated with the universities of Pennsylvania, Massachusetts and Florida in a multi-faceted study to document and quantify the ethnic produce market to identify opportunities for farmers to grow crops targeted from a demand perspective.

The specific ethnic market subjects of study are the Asian and Hispanic segments, chosen for their strong recent growth and continued growth expectations. The top two subgroups within each of these segments were chosen for the study; Chinese and Asian Indian and Puerto Rican and Mexican. A 2006 consumer survey of the total ethnic produce market on the East Coast was estimated at more than $1 billion for all four ethnic groups combined.

There is compelling evidence to encourage New Jersey farmers to take the plunge, says Govindasamy. “In the Eastern United States, stakeholders agree there is an urgent need to make farming more profitable to reduce the decline in the number of farmers and farmland acreage. New Jersey’s vegetable marketing structure was reviewed by a team of national experts, who concluded that the economic decline of the state’s vegetable industry is imminent without a significant change in marketing strategies.”

The findings of the various Rutgers NJAES specialty crops research projects reveal that New Jersey’s climate is favorable for growing and marketing ethnic crops and have already began to show small, but growing, dividends for New Jersey farmers. A glimpse at the bounty from our New Jersey farms already indicates that change is underway as evidenced by the array of exotic greens, squashes, exotic eggplants and hot peppers that accompany our traditional staples of corn, tomatoes, sweet peppers and cucumbers.