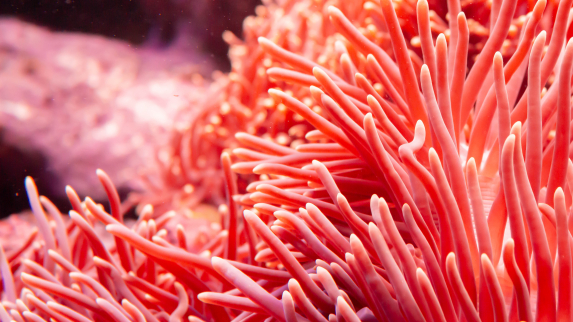 Coral reefs can adapt to climate change if given the chance to evolve, according to a study led by Coral Reef Alliance, Rutgers University, the University of Washington and other institutions.

The recent study, published in the journal Nature Ecology and Evolution, finds that coral reefs can evolve and adapt to the effects of climate change—but only if we protect a sufficient diversity of coral reefs, particularly when it comes to temperatures.

“Evolution happens when corals that have already adapted to new environmental conditions breed with corals that have not yet adapted,” said Malin Pinsky, associate professor in the Department of Ecology, Evolution, and Natural Resources at Rutgers and a coauthor of the study. “As ocean temperatures rise, we need to keep corals in hotter waters healthy and protected so they can reproduce and spread their heat tolerance to other coral reef areas.”

The study advocates for a conservation approach that protects coral reefs at local, regional and global scales, in a way that allows heat tolerance to spread.

The authors of the study said if humanity takes rapid and effective action to keep coral reefs healthy at local scales and addresses climate change, coral reef ecosystems may recover over the next century and thrive in the future.

“The best part about these results are that they underscore the importance of our actions at local scales—we don’t have to just sit back and watch coral reefs suffer as our climate changes,” said Madhavi Colton, lead author of the study and former executive director of the Coral Reef Alliance. “This study provides guidance on how to design local conservation solutions that will have real, lasting impacts well into the future.”

Coral reefs cover less than one percent of the earth’s surface, but they are one of the most biodiverse ecosystems on our planet. Home to about 25 percent of all marine life, coral reefs support an estimated one billion people with food, income and coastal protection. But threats to coral reefs continue to mount. Today, nearly 75 percent of all coral reefs are threatened by climate change and localized human activities.

Scientists predict 99 percent of coral reefs will be lost by the end of this century without concerted efforts to protect them.

“We simply cannot afford to lose coral reefs,” said Helen Fox, conservation science director at the Coral Reef Alliance and a collaborating author on the study. “It is imperative that we do what we can to save coral reefs now because we will be faced with combined global economic, humanitarian, and biodiversity crises if we do not.”