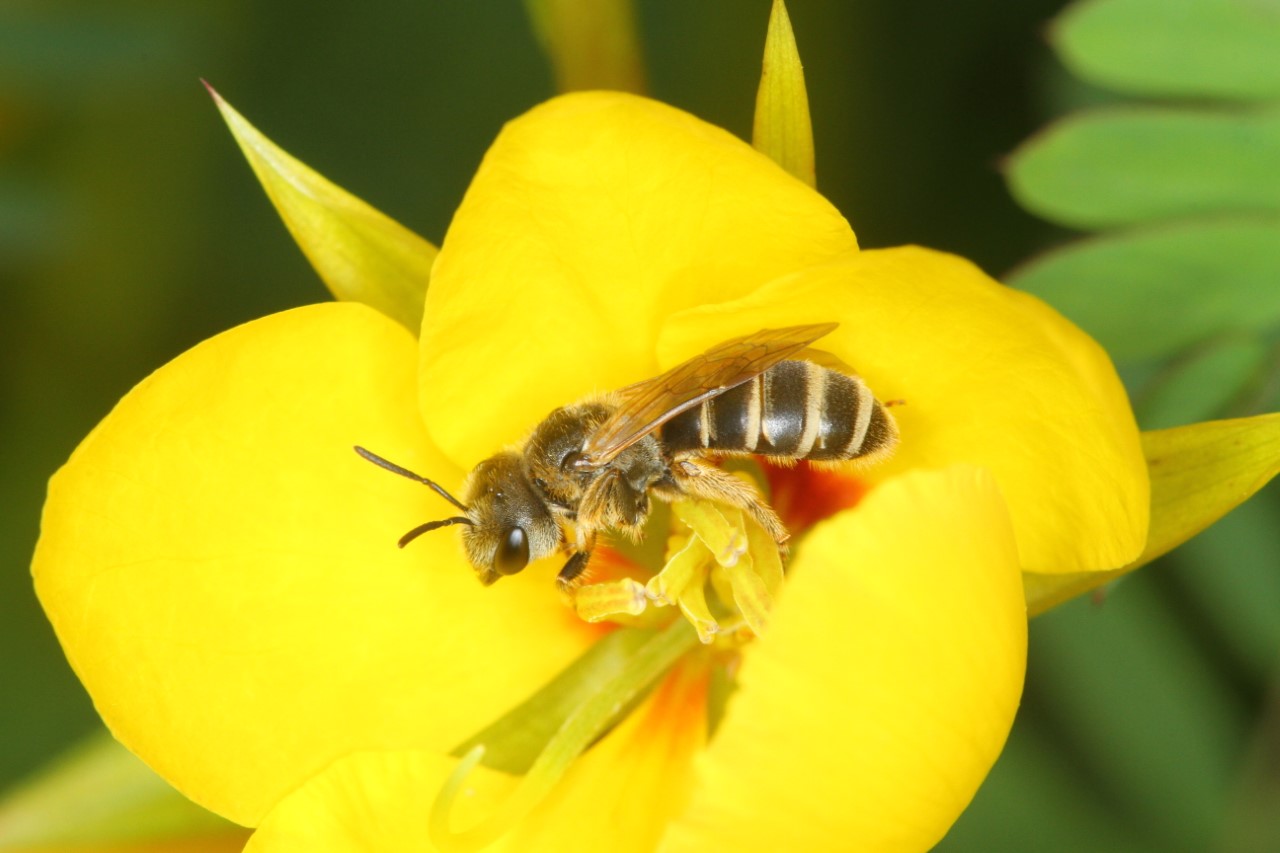 A dramatic decline in the bee population at fruit farms in New Jersey and Pennsylvania has Rutgers scientists wondering whether it is a natural phenomenon or a warning about a future threat to the world’s food supply.

In a study published in the science journal Insect Conservation and Diversity, Rutgers scientists, who have been tracking the decline in bee pollination at fruit farms in New Jersey and Pennsylvania, say more long-term studies must be done since bee pollination is necessary for plants to reproduce and crucial to supplying food to animals and humans throughout the world.

“This study is important because it is one of the first to assess trends in wild bee abundance in an agricultural system, where bees are providing an economically important ecosystem service,” said Andrew Aldercotte, lead author on the study and a doctoral candidate in the Rutgers graduate program in ecology and evolution. “Despite widespread recognition of the need for long-term monitoring of pollinator abundances and pollination service provision, such studies are exceedingly rare.”

The study occurred over an eight-year period, too short a time for scientists to sound the alarm just yet. They said longer-term studies would need to be conducted to determine whether the decline represents a true drop in numbers of bees or a normal variation over a larger cycle.

“We saw two things come out,” said Aldercotte. “One was that the rate of visitation by bees was really low for the last two years of the study. But we also saw that the numbers bounced around a lot from year to year.”

Aldercotte – along with Rachael Winfree, a professor with the Rutgers Department of Ecology, Evolution and Natural Resources and Dylan Simpson, a fellow program doctoral candidate – analyzed data collected by Winfree and other scientific field workers at 19 commercial farms in central New Jersey and eastern Pennsylvania during peak bloom periods from 2005 to 2012. The data represents pollination visits by 73 species of bees fitting into one of three broader categories – wild bees, bumble bees and honey bees – to the flowers of watermelon plants. 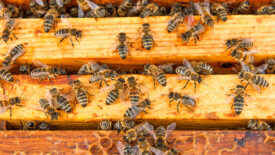 The scientists said pollination of watermelon flowers by wild bees decreased by more than half between 2005 and 2012. The decline was similar for bumble bees and other types of wild bees, while the population of honey bees, which aren’t native to the region and are managed in hives by farmers, remained stable.

Watermelons depend on bees for pollination because each plant has separate male and female flowers. Female watermelon flowers require thousands of grains of pollen – meaning it takes multiple bee visits – to bear fruit.

“Data collectors watched flowers for periods of 45 seconds and wrote down every bee visit they observed and then moved on and observed another flower for a period of 45 seconds,” Aldercotte said. “And they kept doing that throughout the day.”

In New Jersey, the population of bees was still sufficient to pollinate crops despite the declines that were observed during the study, so that the crop supply wasn’t adversely affected, Aldercotte said. But studies of other crops in other parts of the country show that insufficient pollination often reduces crop production.

The researchers said their data underscores the need for studies conducted over a span of time that can confirm more authoritatively whether the population of bees overall is declining or if the numbers reflect a natural variation over time.