Distinguished Professor Alan Robock, Department of Environmental Sciences, received the 2022 Future of Life Award from the Future of Life Institute on August 6 “for reducing the risk of nuclear war by developing and popularizing the science of nuclear winter.” He shares the award with fellow nuclear winter pioneers John Birks, Paul Crutzen, Jeannie Peterson, Carl Sagan, Georgiy Stenchikov, Brian Toon, and Richard Turco. Each awardee received a plaque and a $50,000 prize. The Future of Life Institute is a nonprofit seeking to reduce extreme, large-scale risks from transformative technologies.  It also aims for the future development and use of these technologies to be beneficial to all life.

“The current geopolitical conflict discourse is absurdly cavalier about nuclear war risk”, said MIT physics Professor Max Tegmark, president of the Future of Life Institute. “The latest nuclear winter research confirms that [former US President Ronald] Reagan was right when he said that a nuclear war cannot be won and must never be fought.”

The award ceremony took place on the 77th anniversary of the atomic bombing of Hiroshima by the U.S., and against the backdrop of nation states meeting from Aug.1-26 for the Review Conference on the Non-Proliferation Treaty, the cornerstone of the nuclear disarmament and non-proliferation regime.  With this in mind, Tegmark added, “in these turbulent times, the more decision-makers understand about nuclear winter, the less likely they are to make reckless decisions that may cause it.”

Robock has been working on the climatic impacts of nuclear war for the past 40 years, along with his related work on the impacts of volcanic eruptions on climate and on climate intervention, also called geoengineering. Funded by the Open Philanthropy Project, he leads a new six-year research effort with Prof. Toon from the University of Colorado, to use state-of-the-art climate models, computer programs that simulate the response of the atmosphere, oceans, and agriculture to the injection of smoke from fires ignited by nuclear war. 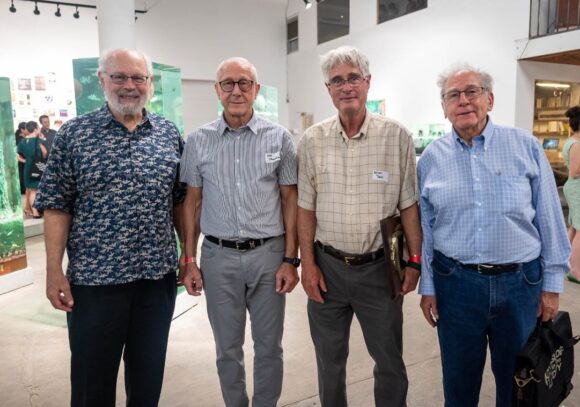 Their work has resulted in many journal articles that show that nuclear winter theory is real, that a nuclear war between new nuclear states, such as India and Pakistan, can produce severe global impacts for a decade and that the current U.S. and Russian nuclear arsenals can still produce nuclear winter. In 2017 the International Campaign to Abolish Nuclear Weapons was awarded the Nobel Peace Prize for “for its work to draw attention to the catastrophic humanitarian consequences of any use of nuclear weapons and for its groundbreaking efforts to achieve a treaty-based prohibition of such weapons” based partly on the work of Robock and Toon.

Robock previously received the Cassandra Award in 2018, “for his warnings on the climatic consequences of nuclear conflict,” and the Chancellor’s Award for Global Impacts from Rutgers University, New Brunswick, in 2020.