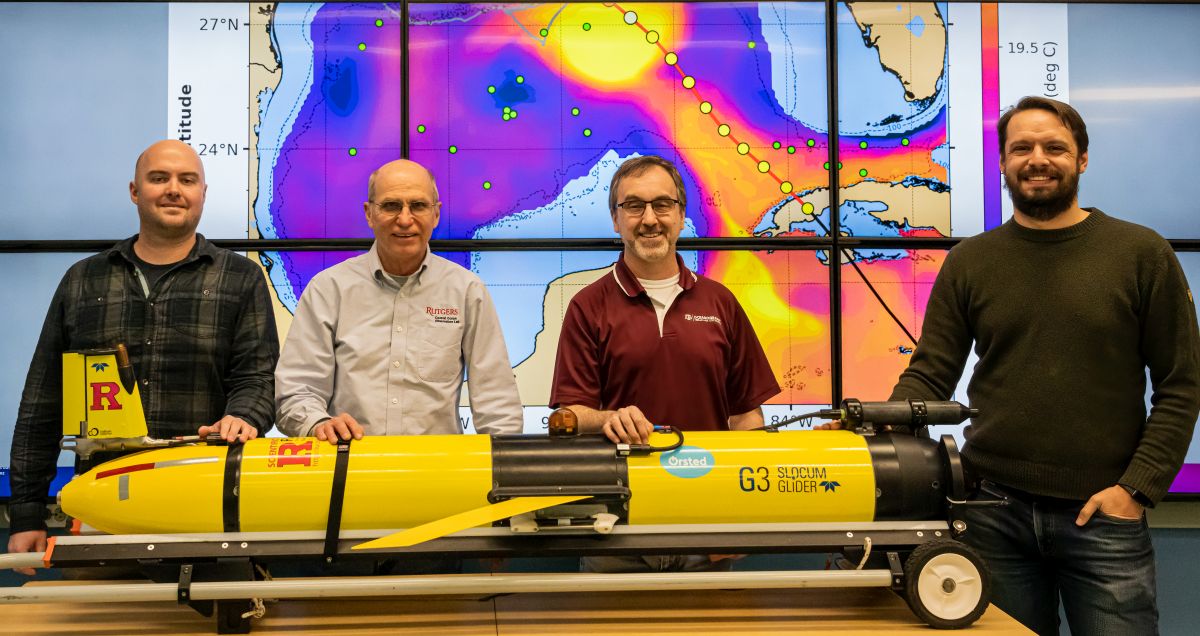 GulfCORES is one of three consortia to receive a five-year, $22 million award from the Gulf Research Program (GRP) of the National Academies of Sciences, Engineering, and Medicine for phase three of the Understanding Gulf Ocean Systems (UGOS) program.

Director and project lead of GulfCORES, Steven DiMarco, professor in the Department of Oceanography at Texas A&M, is currently on sabbatical at Rutgers for several weeks.

According to DiMarco, GulfCORES will complement and enhance existing modeling and observational capabilities by providing adaptive sampling observations from glider, float, and drifter platforms. The consortium will also actively engage stakeholders and industry to ensure sustainable transitions to operations that support end-users. Among the goals is to execute an observational program to support numerical modeling, and develop a plan to incorporate study outputs into existing operational agency and industry activities.

The three consortia will work collaboratively to apply existing and emerging data to improve operational forecasting of the Gulf of Mexico ocean dynamics, including the Loop Current and its eddies. Enhanced predictions of these currents and eddies will help avoid risky conditions for oil drilling and production, thereby reducing risks to offshore workers. They will also help improve oil spill response, weather forecasting, and the sustainable management of the Gulf’s rich fisheries resources.

According to UGOS, the deep and fast-moving Loop Current is of interest to industry and weather forecasters, as well as to the scientific community due to sometimes unpredictable changes in its velocity, temperature, and position. Its deep, warm eddies can supply heat to tropical storms moving over them, allowing the storms to rapidly intensify. This was apparently the case last year when Hurricane Ida quickly grew from a Category 1 to a Category 4 hurricane before it made landfall. Further, if the Loop Current had behaved differently during the Deepwater Horizon oil spill, it could have pushed oil beyond the Gulf, causing damage to a much larger area.

Scientists from universities throughout the Gulf region and from other prominent oceanographic research institutions in the U.S. and Mexico will bring together satellite measurements and data collected from advanced instruments that are drifting, gliding, or moored in the Gulf. This includes the most comprehensive observations of ocean water moving from the Caribbean Sea into the Gulf through the Yucatan Strait, a critical entry point located between Mexico and Cuba.

The three consortia will work together to incorporate all these observations into sophisticated computer models to advance understanding and forecasting skill. They will work closely with organizations that provide operational forecasts for the offshore industry and in federal agencies, including the U.S. Naval Research Laboratory and National Oceanic and Atmospheric Administration.

The National Academies’ Gulf Research Program is an independent, science-based program founded in 2013 as part of legal settlements with the companies involved in the 2010 Deepwater Horizon disaster.