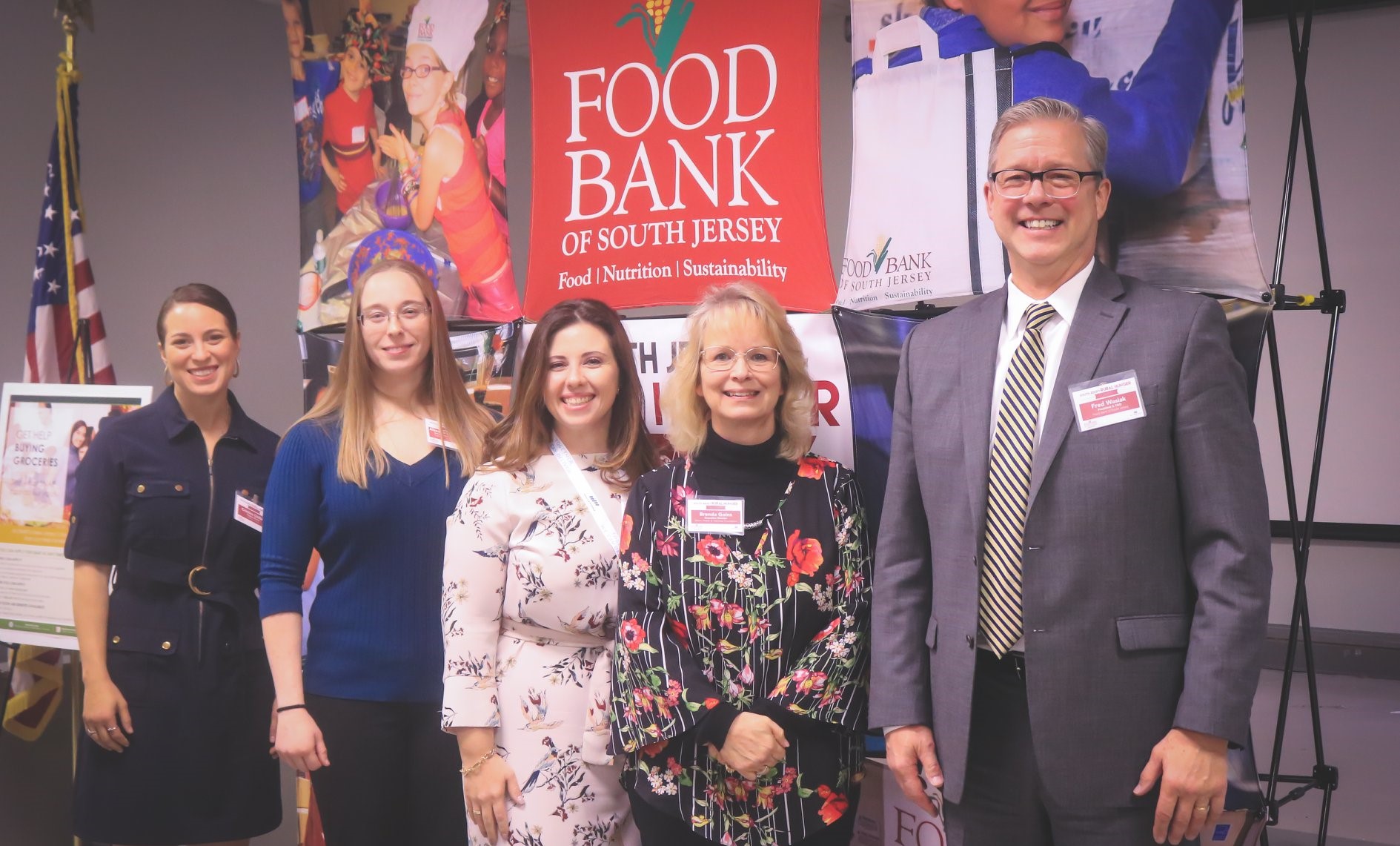 As the World Health Organization (WHO) celebrates World Health Day on April 7, one of the questions it asks is, “Are we able to reimagine a world where clean air, water and food are available to all?”

Rutgers Department of Family and Community Health Sciences (FCHS), a unit of Rutgers Cooperative Extension (RCE), is driven to answer that question through its extensive work in the areas of nutrition and food access in New Jersey counties.

Today, as we celebrate World Health Day, which marks the anniversary of the founding of WHO in 1948, we focus on the work of Alex DelCollo, FCHS senior program coordinator, RCE of Salem County. She was hired as a senior program coordinator in 2015, thanks to a five-year, $275,000 commitment from the Salem Health and Wellness Foundation to sustain the position of FCHS health educator in Salem County. As health disparities in the county mounted, so did the need for additional support, leading to the foundation seeking out FCHS to support its own initiative, Healthy Kids, Bright Futures, a childhood obesity and nutrition program for Salem County. 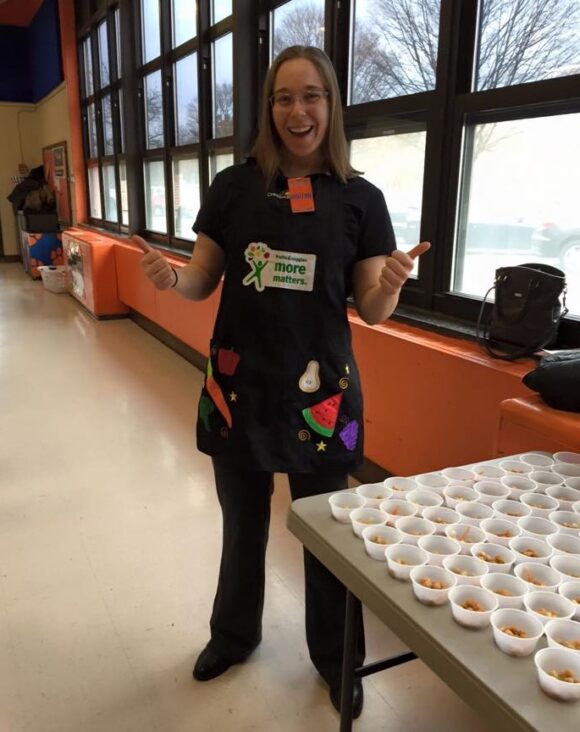 Alex DelCollo conducting a taste test with the students in the cafeteria during lunch at the Mary S. Shoemaker Elementary School in Woodstown, NJ. Courtesy of Alex DelCollo.

DelCollo’s work in health and wellness ranges from chronic disease prevention and management via the Stanford Chronic Disease Self-Management Program and National Diabetes Prevention Program to school wellness via the Grow Healthy program. Still, one of the areas in which she is most passionate is food and nutrition security, and she’s been deeply involved in a number of such projects over the last seven years.

The U.S. Department of Agriculture has identified two food deserts in Salem County, specifically Penns Grove/Carneys Point and Salem. The New Jersey Economic Development Authority recognizes these municipalities as food deserts, as well, adding impetus to the efforts by DelCollo.

“Salem County has the most preserved farmland in the state, and yet, we struggle to find ways to get fresh produce into the hands of Salem County residents,” she says.

In spring 2016, DelCollo partnered with the Food Bank of South Jersey and the New Jersey Department of Agriculture to host a Salem County Summer Feeding Summit to increase community awareness of food and nutrition insecurity among the student population during the summer months with the ultimate goal of increasing open feeding sites.

As DelCollo explains, open feeding sites allow students access to meals without being enrolled in a summer program. “As a result of the efforts of multiple collaborators, the number of open feeding sites in the county has increased, and the number of meals served in open sites increased over 80% from 2015,” she says. “Partnering with the Reinvestment Fund, Salem County FCHS has also helped local organizations start other USDA reimbursable food programs.”

While 24.3% of residents under the age five are living in poverty in Salem County, according to the New Jersey State Health Assessment Data report, adults also need food relief, explains DelCollo.

To this end, she works with local food pantries as a member of the Salem County Food Pantry Coalition. She recalls that in December 2021, a farmer approached her with 1,500 pounds of winter squash that needed a home. Through the coalition, she connected the farmer to a local food pantry that was distributing food that weekend and provided recipes to the 350 families that benefitted from that connection.

As a local leader in the fight against hunger, DelCollo has also presented at the Rural Hunger Summit to statewide officials, including the New Jersey Secretary of Agriculture and Commissioner of Human Services.

“Despite a great deal of effort, the fight against hunger in southern New Jersey, and specifically Salem County, continues,” says DelCollo. As part of the Live Health Salem County Coalition, she and other local organizations and community members continue their work to help alleviate the impact of the Salem County food deserts on local residents.

In addition to marking WHO’s founding, World Health Day is seen as an opportunity by the organization to draw worldwide attention to a subject of major importance to global health each year.