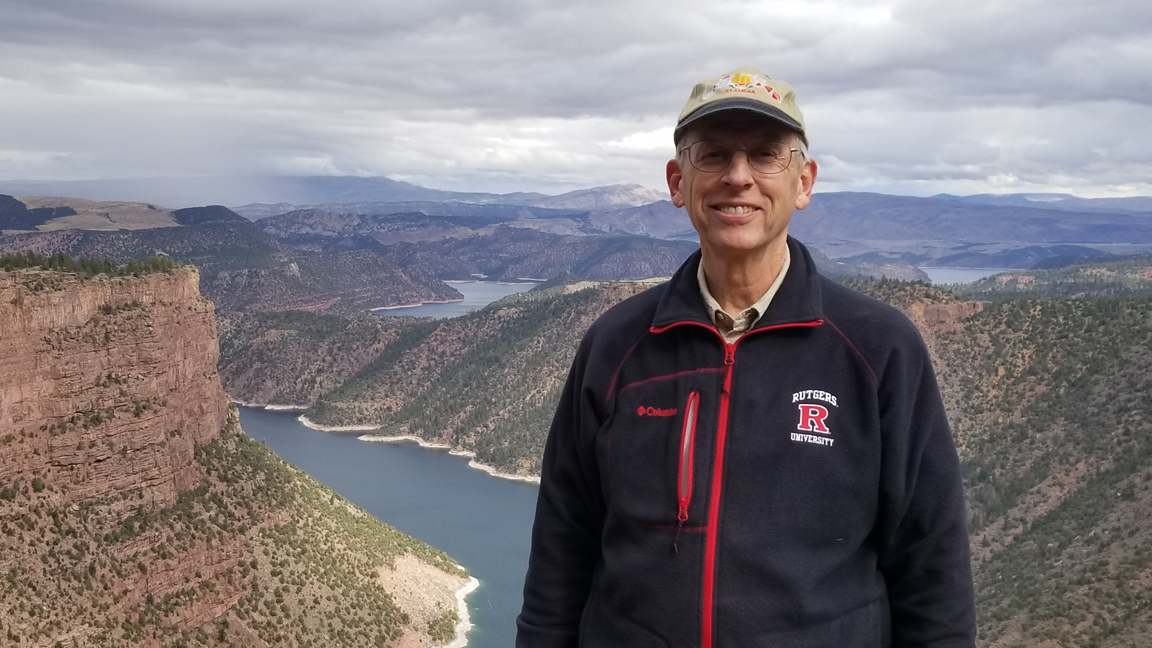 Daniel J. Van Abs is professor of professional practice for water, society, and environment at Rutgers School of Environmental and Biological Sciences.

The woes of Western water have made the Eastern news from time to time, usually when a major reservoir hits a record low level, snowfalls are badly deficient or a major fire is linked to the long-term drought conditions. But how many in the East really focus on this news, other than to marvel at specific items (wow — no snowpack!) for a moment and then move on?

I have been involved in New Jersey water-resource issues for nearly 50 years, first as a volunteer and student and then for my entire career. In those years, discussions with water experts from elsewhere in the United States provide an interesting perspective on how each region perceives water issues in other regions. Among Westerners, Eastern states often are perceived as water-rich, and they don’t understand how we can be drought-sensitive with so much water. They don’t realize that our reservoirs tend to be smaller (Lake Mead on the Colorado River has 170 times the capacity of Round Valley Reservoir, New Jersey’s largest) and that a 25% reduction in rainfall for a year can be a major problem for us.

I am constantly reminded of how Easterners perceive Western water issues — by my students, colleagues and casual conversations. We see large cities (think Phoenix and Los Angeles) growing in very dry places, relying on water that is stored in federally subsidized reservoirs and transported in canals and pipelines over hundreds of miles. Books such as “Cadillac Desert,” and phrases such as “whiskey is for drinking; water is for fighting over” are cited.

Some people are aware that the Colorado River was apportioned among the Basin states in 1922 based on optimistic assumptions about long-term flows; they only had data from a series of unusually wet years and didn’t know better. It didn’t matter for decades, as the states hadn’t grown enough to use their full allotments. Now it does matter — a lot.

I grew up with this view of Western water, as an artificial system of dams and canals depleting major river systems such as the Colorado. As with so many, I was dumbfounded to learn that it doesn’t reach the sea, except when water is provided for experiments regarding the ecological benefits of flow restoration. Now, Arizona and Nevada are facing mandatory reductions in water from the Colorado River, because Lake Mead and Lake Powell (the nation’s two largest reservoirs) are so low, at roughly one-third of their total capacity. If the drought continues, even more reductions are in store.

California has also been in drought mode (though the recent 15 feet of snow in the Sierra Nevada certainly is useful) and has told its southern cities to expect little water from the California Project, which taps northern California rivers.

Why does this matter to the East? Why should we care whether the West feels the pinch of drought and water restrictions? Aren’t these problems inevitable in such an artificial system?

I had the opportunity to travel around the Colorado River Basin this fall, experiencing the West in a way most people have not, by looking at every major reservoir and canal possible in a month, from Flaming Gorge Reservoir in Wyoming and the Roosevelt Reservoir east of Phoenix to the river’s exit from our country at Yuma, Arizona, and from the Denver area to eastern Utah. The experience helped modify my perspective and suggest some answers to the questions posed above.

Starting from the last question, yes, the water system out West is highly artificial and, given that there are more water rights in the Colorado Basin than there is water, a reckoning was inevitable. Seeing the region over thousands of road miles emphasized what is in the reports and articles: The cities dependent on the Colorado River are mostly in very dry areas, dependent on distant reservoirs, pipelines and canals to store and transport the water.

But we should recognize that most cities in the East are also dependent on distant (but not quite so distant) reservoirs and pipelines. Think New York City, Newark, Jersey City, Elizabeth, Boston. They have no internal water supplies and haven’t since they really started booming over a century ago. Philadelphia is unusual in its reliance on a free-flowing river.

What makes the Western cities unusual is just how dry they are. All that water comes from higher elevations from snowfall that gradually flows to the reservoirs. When the snows come, great. But the West has been experiencing a decades-long drought period, interspersed with some wet years.

As for why we should care, the 40 million people who depend on the Colorado River Basin are residents and citizens of the United States, just as we are. Nearly all of them were able to move to those regions because of decisions made decades ago, by federal and state administrations of both parties, to subsidize water-development projects. Should we ignore people’s current needs because of past decisions they didn’t make?

Well, don’t they waste a lot of water because they have grass lawns and such in the desert? This was more correct in the past. Las Vegas once used more than 300 gallons of water per day per person, more than double the rate in New Jersey. Now, their water consumption is roughly the same as ours. What was cheap and accessible became more expensive and inadequate, policies changed, and people modified their water demands.

This pattern has happened in the East also, specifically New York City, where water waste in the 1960s and 1970s was well-known. But the West is going farther than reduced indoor demands — wastewater is being recycled, lawns are being eliminated, and so on.

We in the East need to recognize that Western cities have been concerned about their water future for years, and they have recognized that just building more supplies won’t solve the problem. They are getting more innovative about controlling urban water demands, managing different water supplies and balancing urban and non-urban needs.

The one issue that rarely makes the news here in the East, but should, is that last one of addressing non-urban demands. Our focus tends to be on cities, because that is where the people are. From my tour, one of the most jarring sights in the desert Southwest has nothing to do with cities, or even the infamous desert golf courses. Rather, it is the abrupt shift from hundreds of miles of Sonoran Desert to the emerald green of irrigated agriculture. Too few in the East realize the real demand: Three-quarters of all Colorado River water goes to agriculture in the Basin and in southern California.

And therein lies a major concern for the East, because a lot of that irrigation provides our food, especially fruits, nuts and vegetables — even spinach, from the desert! Our food system has become dependent on Western irrigation, not only in the deserts but in the High Plains region of the Midwest (which is another story for another time).

It is very clear from traveling the region that two trends are simultaneously stressing agriculture that depends on the Colorado River Basin. First, and very familiar to Easterners, is the development of agricultural lands with houses, offices and roads. However, the region is so vast that this process isn’t having as much of an effect as in New Jersey, which has lost more than half of its agricultural lands since 1950.

More important is a process that leaves the land undeveloped but removes its production capacity. These areas depend on water, and without that water they revert to desert conditions. This happens due to water laws that are unique to the West. Water rights can be sold from one use and transferred to another. Cities have wealth and water needs. Farmers have long-standing water rights. The major result is increased sale of irrigation water rights for urban use. The secondary result is that food production will be reduced.

Western water matters to the East because it matters to the entire country. We can’t undo what has been done. The reservoirs exist, as do the pipelines and canals. Phoenix won’t go to dust from insufficient water; they will buy what they need. Efficiency should be a touchstone in water management, of course. But the combination of past decisions, Western agricultural and urban needs, Western water law and climate change impacts mean that we in the East will be harmed by what harms the West.