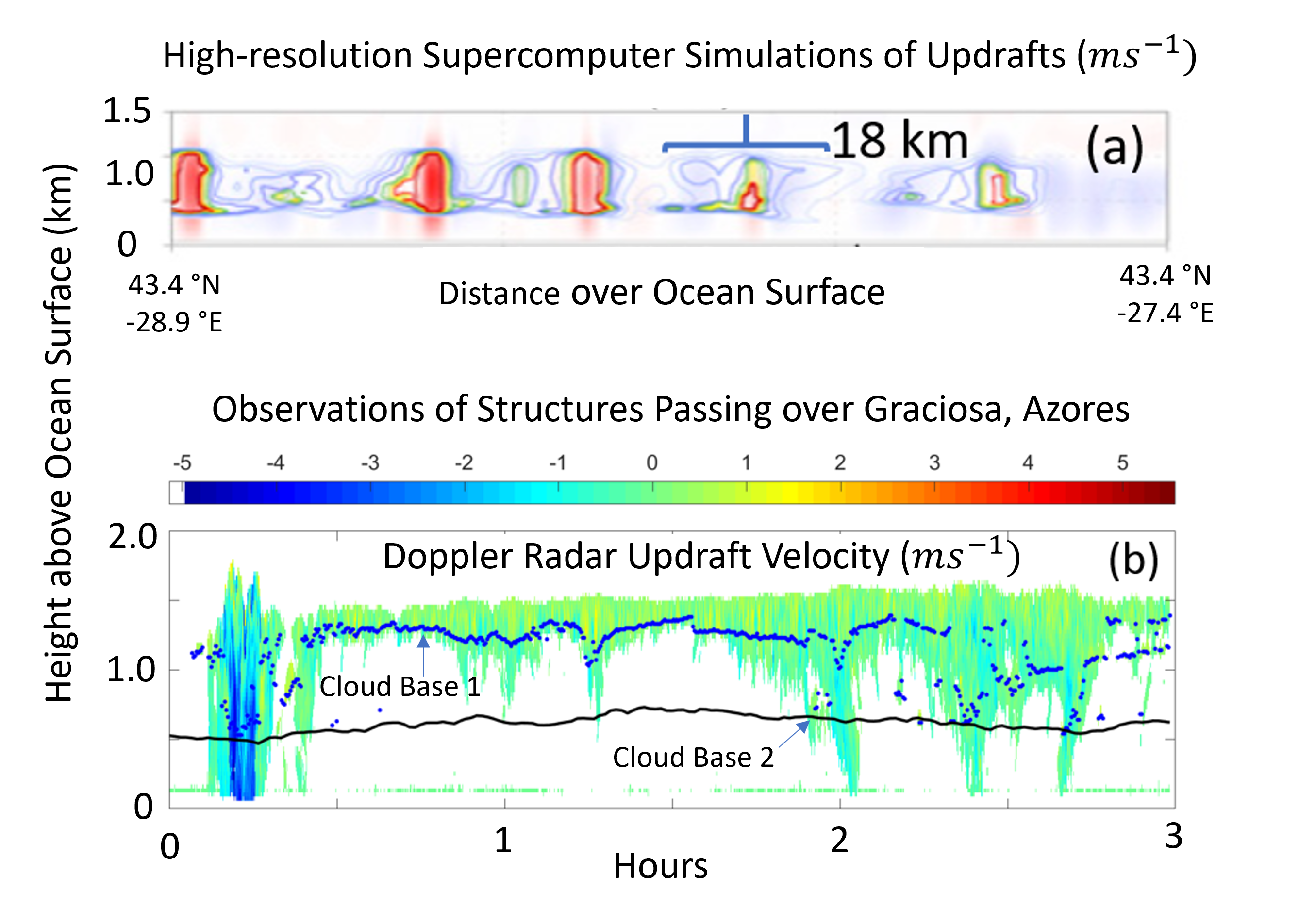 Marine cloud systems are a critical component of the Earth’s climate system because they reflect incoming sunlight that would otherwise heat the ocean below. Solid overcast over northern latitude ocean regions yields to partly cloudy skies in the tropics, while the mid-latitudes serve as a transition between these two marine cloud regimes.

While there is a basic understanding of the processes that cause this mid-latitude transition in marine clouds – a process referred to as “deepening, warming” – accurately predicting this transition in weather forecast and climate models remains a challenge. One aspect of this mid-latitude cloud coverage transition that remains a mystery is the ability of these clouds to organize into clusters that resemble a collection of mini thunderstorms only a kilometer or so deep that produce heavy drizzle. 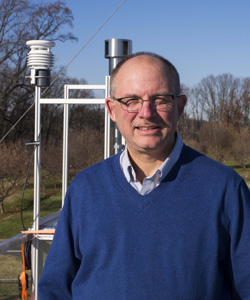 “Until recently there was insufficient data to characterize these cloud clusters and numerical simulations were not detailed enough to reproduce them,” said Miller.

A new observation site in the Eastern North Atlantic operated by the Atmospheric Radiation Measurement Program, which is funded by the U.S. Department of Energy, has produced a wealth of new observations.

“Three years ago, Melissa Kazemirad, a doctoral student in my research group, and I used Cheyenne, a supercomputer operated by the National Center for Atmospheric Research, to produce the first successful simulations that resemble these mini thunderstorm clusters,” Miller explained. “We are using these tools to help understand how these clusters form and how to accurately represent them in numerical weather and climate forecast models.”

Global climate models vary in their depiction of climate sensitivity—the amount of global warming that will result from a given amount of fossil fuel consumption. Much of this variability can be traced to model differences in the representation of the future of marine cloud systems.

“These model cloud representations suffer from our incomplete understanding of the transition from solid overcast in the northern latitudes to broken clouds in the tropics,” said Miller. “To improve these representations, we must better understand the clusters of mini thunderstorms that occur in the mid-latitude cloud transition regions, which is the goal of our study.”

Miller is principal investigator of the study, “Mesoscale Organization in Cumulus-Coupled Marine Stratocumulus,” funded in the amount of $634,555 by U.S.  Department of Energy. Doctoral student Qiuxuan Zheng will work with Joseph Brodie, a meteorologist and physical oceanographer with the Department of Marine and Coastal Sciences, to perform additional computer simulations and analyze additional observations. Co-investigator of the study is Katia Lamer, a scientist in the Department of Environmental and Climate Sciences at Brookhaven National Laboratory, who is assisting in the analysis of radar observations.