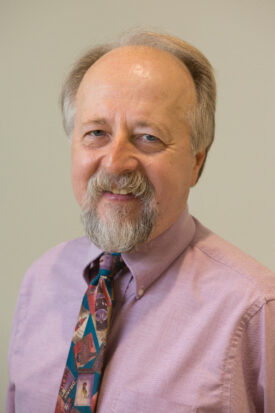 After graduating from high school in 1969, Worobey enrolled at Rutgers, where he planned to major in mathematics and become a high school teacher.  After taking a course in child psychology, however, he was inspired to enter a profession where he could work with children.

Realizing that further education could open more doors, he found a graduate program perfectly suited to his needs. At Pennsylvania State University he studied child development exclusively, and soon learned that babies, especially newborns, were just as interesting as preschoolers. After first earning his master’s degree and subsequently his doctorate, he took a position at the University of Oklahoma, where he taught everything from research methods to lifespan development.

When an offer to teach child development at his alma mater beckoned, however, Worobey saw his chance to return to Rutgers in 1984 and began his research program in earnest.  Re-directing his research program to child nutrition in the new Department of Nutritional Sciences, his teaching also moved from child development and parenting to marriage and family, and finally to nutrition and behavior, where he finally found his niche. 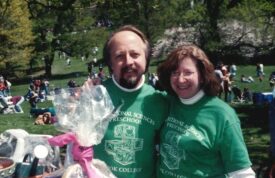 Rising through the ranks from assistant, to associate, to full professor Worobey, also served for five years as department chair and in his second appointment as the departmental undergraduate program director. Over the past 37 years he has studied neonatal behavior, mother-infant interaction, children’s temperament, infant feeding, child nutrition, and adolescent eating disorders. He is most proud of his research with the Rutgers Infant Nutrition and Growth (RING) Project, but his greatest satisfaction came from his teaching, where pre-pandemic he could interact with hundreds of students every week.

Pride and satisfaction aside, he is most grateful to Rutgers where he met and married the love of his life, Harriet, a preschool teacher par excellence, where together they were lucky enough to team-teach and collaborate on research on breakfast, diet, and activity with young children.

A retirement dinner for Worobey will be held on December 16, 5 – 8:00 p.m. at the Rutgers Club: Online Survey Software | Qualtrics Survey Solutions