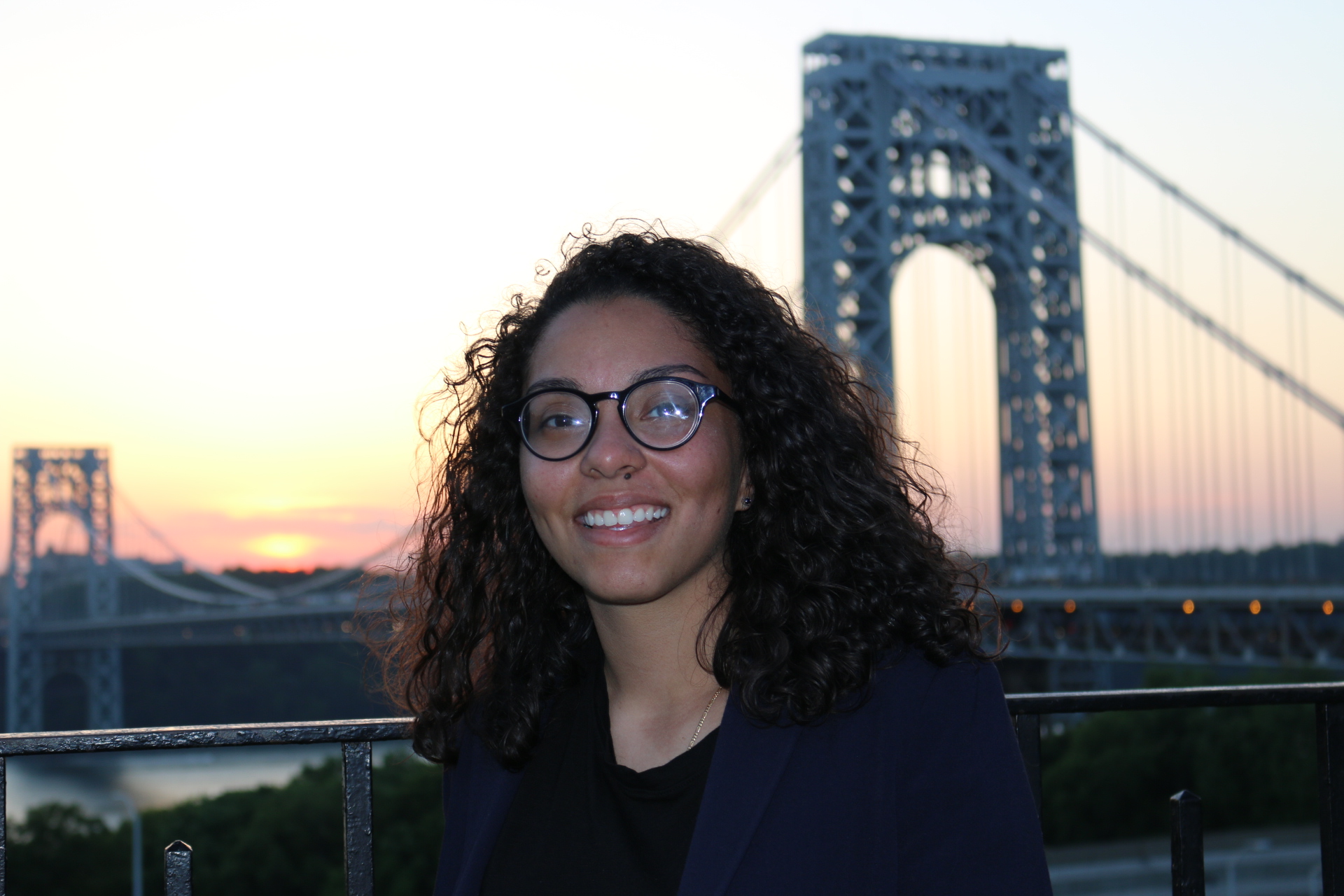 Michelle De Freitas-Montes is a self-described “first-generation Hispanic immigrant, and avid lover of sport, food and culture who hopes to work with underserved populations as a future physician.” To that end, she is enrolled at Rutgers New Jersey Medical School and working towards that coveted medical degree.

Exactly what specialty, Michelle is not yet sure but she’s thinking about Physical Medicine and Rehabilitation (PM&R), where she can put her Exercise Science major from the School of Environmental and Biological Sciences (SEBS’18) to direct use. Or, she may focus on Pediatrics or Internal Medicine. It’s early days yet in the journey to become a doctor for this first-year medical student, but we have every confidence, as does she, that she will succeed.

We know this because Michelle has been purposeful in her academic pursuits – so far, a bachelor’s degree in Exercise Science from SEBS and a master’s of science degree in Human Nutrition from Columbia University, with an Honors Distinction. She purposefully sought out the support she considers vital to her academic success. In fact, Michelle seemed to intuitively understand this from the moment she was contacted by SEBS Educational Opportunity Fund (EOF) while she was weighing her college options. Firsthand, she experienced the value of the strong retention efforts of the SEBS EOF program through the transformative summer program that she attended while in high school. 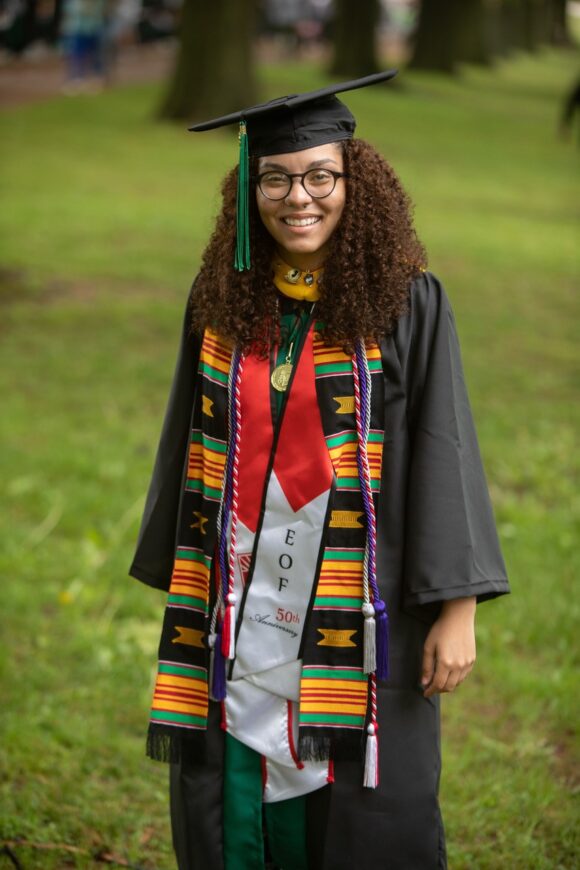 Once enrolled at Rutgers and on campus, she remained tapped into the counselors at SEBS EOF, which has served low-income, first-generation and historically underrepresented students since it was established in 1969. Equally important to her success as an undergraduate was the Rutgers Office for Diversity and Academic Success in the Sciences (ODASIS), which serves a similar population of students, but with particular focus on those who are interested in pursuing careers in science, technology, engineering or mathematics.

A self-starter, Michelle has always been highly motivated to succeed. She’ smart, witty and focused on the next chapter of her life, becoming a medical doctor. She took the time to share her academic journey at SEBS with SEBS/NJAES Newsroom.

You are the first in your family to attend college. What has that meant to you and your family?
Being the first in my family to attend college was a big but also a small deal. Big in the sense that I was the first person to do it; small because, although I was the first person in my family to do it, it was expected that I would graduate college. My mother immigrated here alone to build a better life for me and my brother, so she is immensely proud of my accomplishments, but also always pushed me to go to college and pursue a career that would secure my future.

What made you choose SEBS?
It has been so many years since I got my acceptance letter! [Smile] I think I chose SEBS because, to my mind, I would graduate with a B.S. instead of a B.A. degree, and I was told that medical schools would prefer that. This is not true, pursue that B.A! I also chose SEBS because I remember being contacted by SEBS EOF to do their summer program and it was something that interested me. Also the Cook/Douglass campus was so beautiful when I visited that I could not say ‘no’.

Were you active in extra-curricular activities?
I played intramural soccer and was in the medical fraternity, Phi Delta Epsilon, through which I did a lot of community service in New Brunswick. I was also a SEBS EOF mentor to the students who were just starting college. Additionally, I worked as a lab assistant in an environmental chemistry lab as a means to make money to support myself while also exploring research opportunities.

What did you think of the support structure at SEBS and Rutgers, in general?
I found the support structure to be immensely helpful among both ODASIS and EOF, each having their strengths. SEBS EOF was like my family away from my family, in that I found a lot of my lifelong friends there and had more personal relationships with the advisors. ODASIS provided strong academic support, which helped me succeed in my classes, along with teaching me what I needed to do to apply to medical schools. Shout out to all my counselors at SEBS EOF and Dr. Khan at ODASIS!

What were the major challenges you faced and what kept you motivated during your time at SEBS?
I have always had a strong sense of internal motivation, so doing the classwork or making sure I was studying was never really an issue for me. Initially though, I did feel like I was behind some of my peers who had taken some of the courses in high school that I was now taking in college. I felt like I was always playing catch-up in the beginning in terms of figuring out how to digest the amount of information that is thrown at you in lectures. I had my fair share of bumps and bruises throughout college, but I eventually figured out how to study effectively and no longer felt like I was “inadequate.” 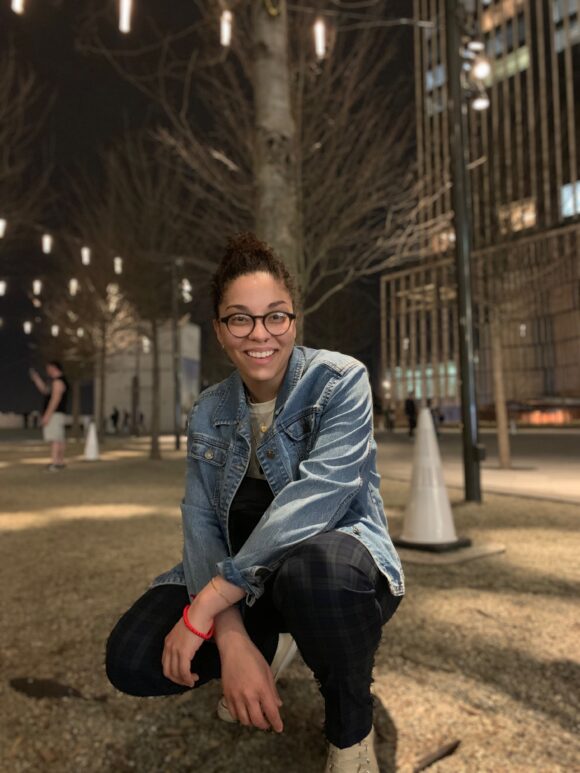 Were there any subjects that you found particularly difficult?
I have a deep appreciation for mathematics, but we are just not meant to be! [Smile] I started off in Intermediate Algebra as a freshman, which put me significantly behind my peers starting in calculus or pre-calculus. But I fixed that by taking the accelerated Pre-calculus 115 course that allowed me to place into Calculus in the fall semester of my sophomore year. In addition to math, Organic Chemistry was another beast that I barely got through but here I am, standing!

You have a master’s degree in human nutrition. Did you at one time consider this a career path?
I did not consider the path of human nutrition to be a career and pursued a master’s degree in the field because of my love of food and nutrition. I also pursued this because I knew I would not be able to get the necessary education in nutrition and its effects on health in medical school and wanted to be able to counsel patients on their dietary habits to prevent or manage disease.

What were the factors that led you to medical school?
I grew up in an underrepresented community where access to health is scarce. As a child, I got into sports and wanted to become an orthopedic surgeon in high school to work with athletes who were injured. My sophomore year of college, I attended a summer internship at New Jersey Medical School that made a major impact. It gave me a broader understanding of what medicine was and how outside factors like access to healthcare, food and environment played into individual health. From there, I was determined to become a physician to serve underrepresented communities like the one I grew up in, with a focus on community health and advocacy for those who are most vulnerable.

Meet other SEBS alumni as we celebrate Hispanic Heritage Month.