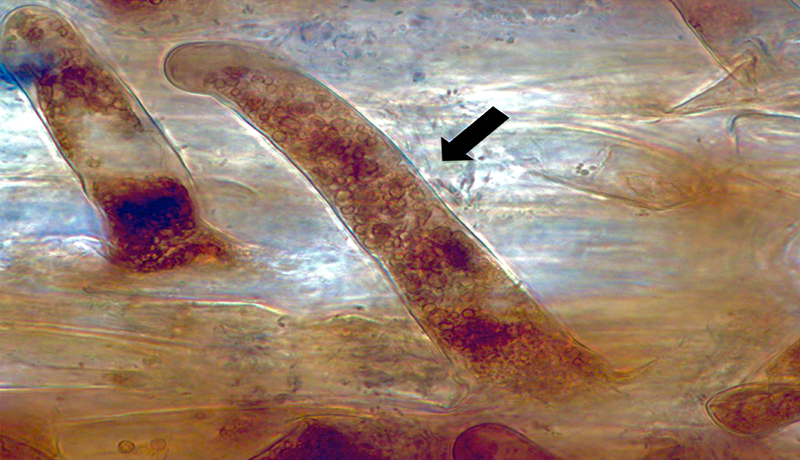 Researchers say the microbiome of plants is important for plant cell development and nutrient supply.

A Rutgers study finds that symbiotic bacteria that colonize root cells may be managed to produce hardier crops that need less fertilizer.

The study appears in the journal Microorganisms.

Bacteria stimulate root hair growth in all plants that form root hairs, so the researchers examined the chemical interactions between bacteria inside root cells and the root cell.

They found that bacteria are carried in seeds and absorbed from soils, then taken into root cells where the bacteria produce ethylene, a plant growth hormone that makes root cells grow root hairs. When the root hair grows, it ejects some of the bacteria back into the soil, then the remaining bacteria in the root hairs replicate and trigger a growth spurt every 15 minutes until the hairs are fully developed.

“This matters because it shows that the microbiome of plants is important for plant cell development, particularly root cell development, and nutrient supply,” said study co-author James White, a professor in the Department of Plant Biology in the School of Environmental and Biological Sciences at Rutgers University-New Brunswick.

“Use of bacteria in plants may enable us to grow better developed and stress resistant crops that require less fertilizers, and thus will reduce environmental damage due to excess fertilizer applications with consequent runoff. Further, with the correct bacteria in crop plants, we may produce crops that are resistant to oxidative stresses stemming from climate perturbations, thus we may produce hardier and more resilient crops.”