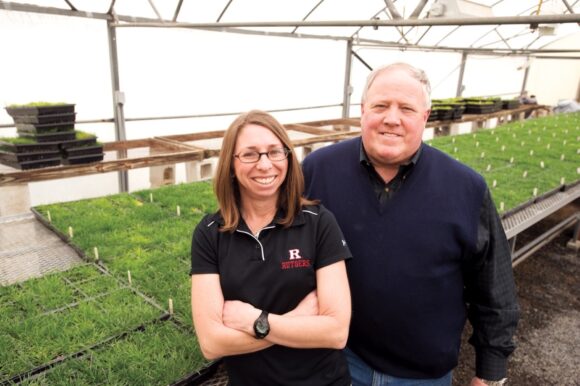 A professor in the Department of Plant Biology, Stacy joined Rutgers as an assistant professor in 2001. She is well-known for her efforts in classical breeding and molecular biology that have resulted in the release of hundreds of improved turfgrass cultivars over the past 20 years. In particular, she has had tremendous success developing cultivars of creeping bentgrass with dramatic improvements in dollar spot disease resistance. Stacy has been recognized with numerous awards during her career, including the Early Career Excellence in Plant Breeding Award from the Multi-state Plant Breeding Coordinating Committee, the Young Crop Scientist Award from the Crop Science Society of America (CSSA), and the Rutgers University Board of Trustees Research Excellence Award. She was named a Fellow by CSSA in 2016 and the Agronomy Society of America (ASA) in 2020. 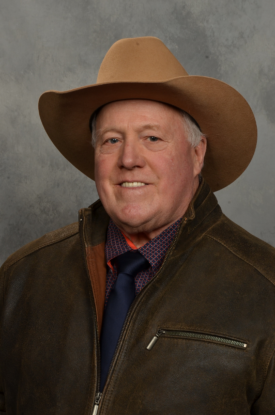 I also want to take this opportunity to thank Bill Meyer for his leadership that has positioned the turfgrass breeding program for continuing excellence. Bill was recruited from a successful career in private industry to join Rutgers in 1996 to lead the NJAES turfgrass breeding program and serve as the associate director of the Center for Turfgrass Science. He is widely recognized as one of the world’s leading breeders of cool-season turfgrasses and has released more than 500 turfgrass cultivars during his 50-year career, including many landmark varieties of Kentucky bluegrass, bentgrass, tall fescue, perennial ryegrass, and fine fescue. Bill’s long and distinguished career has earned him multiple prestigious awards, including being named a Fellow by CSSA and ASA, induction in the New Jersey Turfgrass Association Hall of Fame, the Impact Award from the National Association of Plant Breeders, the Lifetime Membership Award from the Turfgrass Breeders Association, and the USGA Green Section Award. In 2016, Bill was named the inaugural C. Reed Funk Endowed Faculty Scholar in Plant Biology and Genetics at Rutgers.