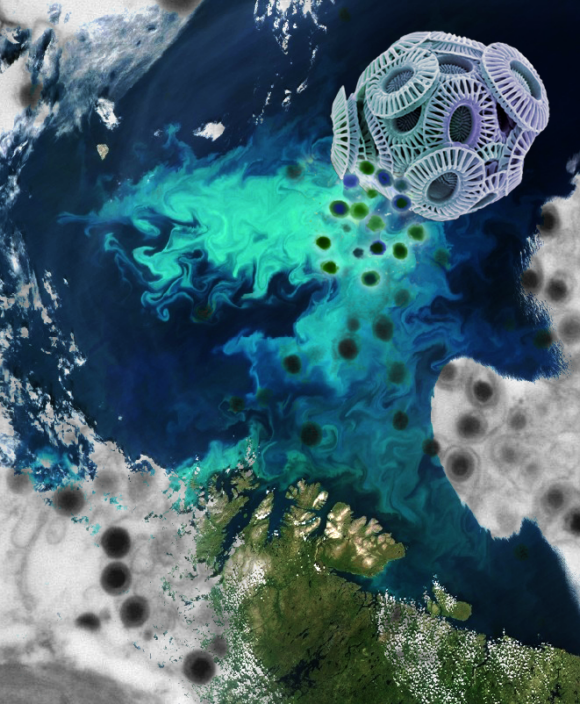 Scientists have long believed that ocean viruses always quickly kill algae, but Rutgers-led research shows they live in harmony with algae and viruses provide a “coup de grace” only when blooms of algae are already stressed and dying.

The study, published in the journal Nature Communications, will likely change how scientists view viral infections of algae, also known as phytoplankton – especially the impact of viruses on ecosystem processes like algal bloom formation (and decline) and the cycling of carbon and other chemicals on Earth.

“It’s only when the infected algal cells become stressed, such as when they run out of nutrients, that the viruses turn deadly,” said lead author Benjamin Knowles, a former post-doctoral researcher in the Department of Marine and Coastal Sciences in the School of Environmental and Biological Sciences at Rutgers University–New Brunswick who is now at UCLA. He was also a post-doctoral fellow at Rutgers’ Institute of Earth, Ocean, and Atmospheric Sciences. “We feel that this entirely new model of infection is widespread in the oceans and stands to fundamentally alter how we view host-virus interactions and the impact of viruses on ecosystems and biogeochemical cycling since it goes against the long-accepted classic model of viruses always being lethal and killing cells.”

Biogeochemical cycling refers to essential nutrients like carbon, oxygen, nitrogen, phosphorus, calcium, iron and water circulating through organisms and the environment. The coccolithophore algae Emiliania huxleyi was the focus of the study as a model for other algae-virus systems and is a central driver of this process.

The scientists studied virus-algae interactions in the lab and in controlled, mini-blooms in coastal waters of Norway. They focused on viral infection of a form of algae that is responsible for generating much of the oxygen and carbon cycling on Earth. A group of ocean viruses called coccolithoviruses routinely infect and kill E. huxleyi over 1,000 square miles, which is viewable from space via Earth-observing satellites.

The viruses eventually rupture algal cells, contributing to the global food web by making energy and organic matter available to other organisms. But infected cells don’t die right away, the scientists discovered. Instead, infected cells multiply and bloom across dozens of miles of ocean waters and die in a coordinated manner. These dynamics have been routinely observed in previous studies but couldn’t be explained by the rate at which algal hosts and viruses encounter each other in nature.

“The algae and viruses have a quasi-symbiotic type of relationship, allowing both algal cells and viruses to replicate happily for a while,” said senior author Kay D. Bidle, a professor and microbial oceanographer in the Department of Marine and Coastal Sciences at Rutgers–New Brunswick and the Institute of Earth, Ocean, and Atmospheric Sciences. “We feel that these newly discovered dynamics also apply to other virus-algal interactions across the oceans and are fundamental to how infection works. By combining experimental, theoretical and environmental approaches, our work presents a template to diagnose this type of infection in other systems.”

The algae-virus dynamics have important implications for the outcome of infections and the flow of carbon and may lead to scenarios where carbon dioxide is sequestered, or stored, in the deep ocean rather than retained in the upper ocean, Bidle said. Further research is needed to fully understand the extent of these dynamics and their impacts on ecosystems and the cycling of carbon in the oceans.