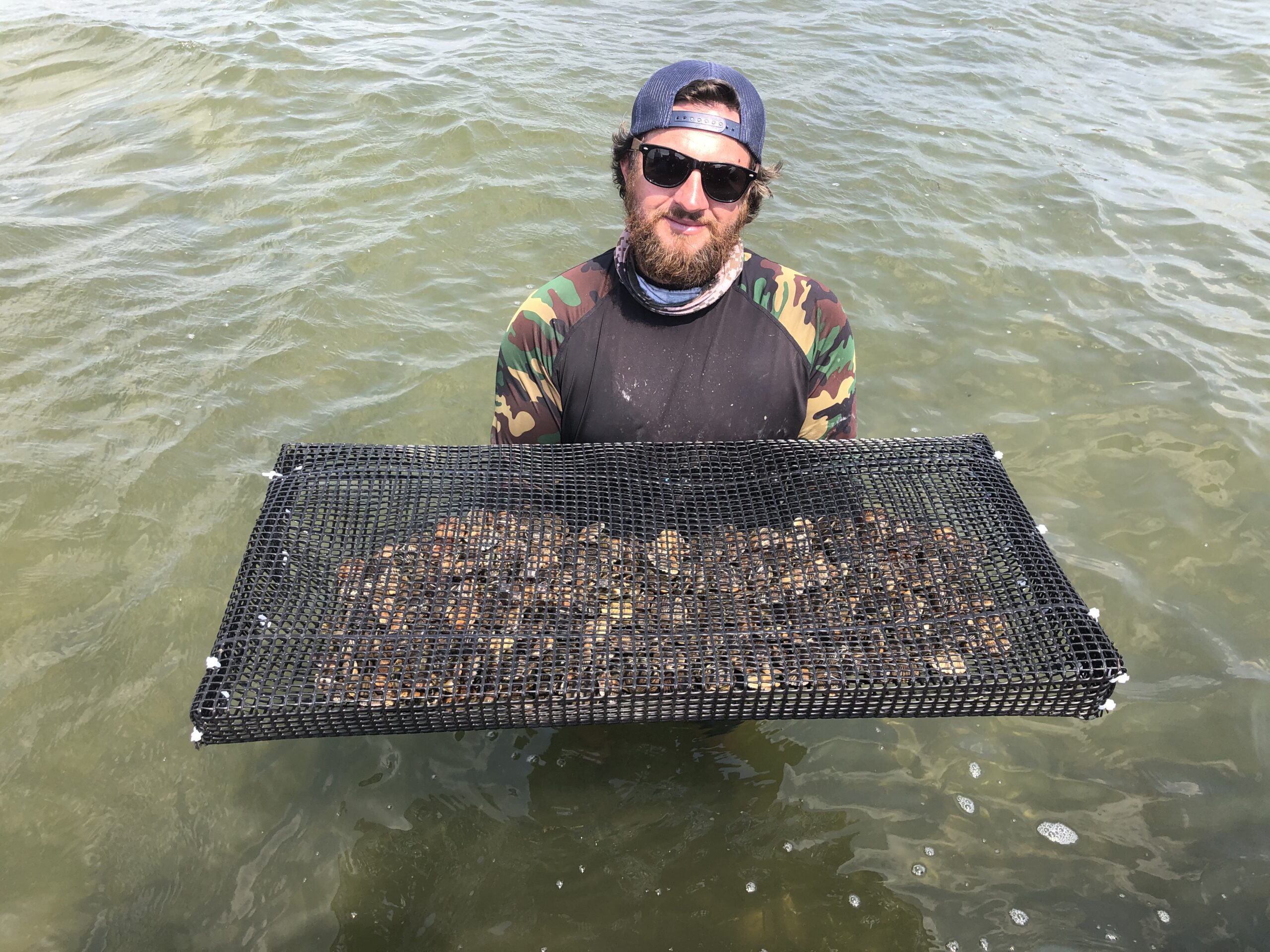 Shellfish aquaculture is one of the most important aquaculture industries in the U.S. and around the world. Among the most environmentally friendly food production systems on earth, shellfish farming boosts both socioeconomic and ecological benefits.

New Jersey’s farm-raised shellfish are highly sought after, appreciated for their high quality and unique flavor. Currently, there are about 60 shellfish farms in the state’s Atlantic coastal bay and Delaware Bay.

The sector has slowly been growing as consumer demand for sustainably produced local seafood rises. To date, hard clams and oysters are the only two species that are commercially cultured in the state. However, this is about to change, thanks to recent NOAA Sea Grant-funded research in which Rutgers University scientists have placed thousands of hatchery-reared bay scallops and surf clams in the hands of a dozen shellfish farmers. 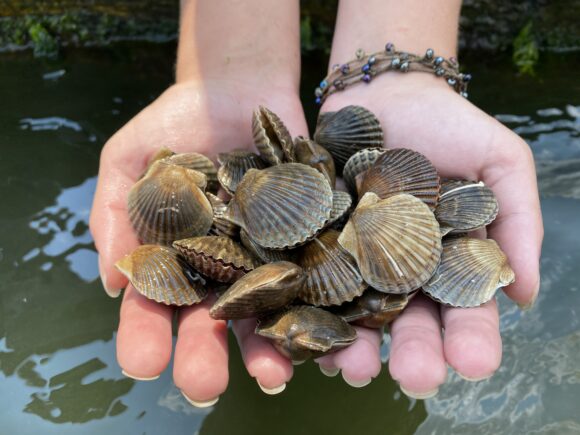 Led by Ximing Guo, distinguished professor in the Department of Marine and Coastal Sciences and shellfish geneticist at Haskin Shellfish Research Laboratory, the Rutgers team is working to breed stocks of the new culture candidates that grow well in New Jersey’s coastal bays, particularly in the face of changing climate.

“Both species are native to the New Jersey but wild populations, which were once abundant have experienced significant declines,” says Guo.

Through natural selective breeding, the researchers are working to produce fast growing bay scallops and heat tolerant surf clams that are able to adapt to rising water temperatures. Guo anticipates that the team’s breeding efforts will lead to stocks and survive well and grow from seed to market in about a year, a much faster production cycle than that of oysters and clams. The novel aquaculture species will enable New Jersey’s shellfish farms to diversify their product lines and strengthen their businesses.

According to co-investigator on the project, Daphne Munroe, associate professor in the Department of Marine and Coastal Sciences and based at the Haskin Shellfish Research Laboratory, shellfish farms that are partners involved in the project are excited about growing the new culture species. Preliminary data show that the bay scallop seed, when deployed in Barnegat Bay in July, can reach a marketable size of 50 mm by December with minimal mortality. Surfclam seed planted in early September may become harvestable clams (45mm) by June or July the following year.

“These fast turn-around culture cycles will certainly attract interests from shellfish farmers in New Jersey and beyond,” says Munroe.