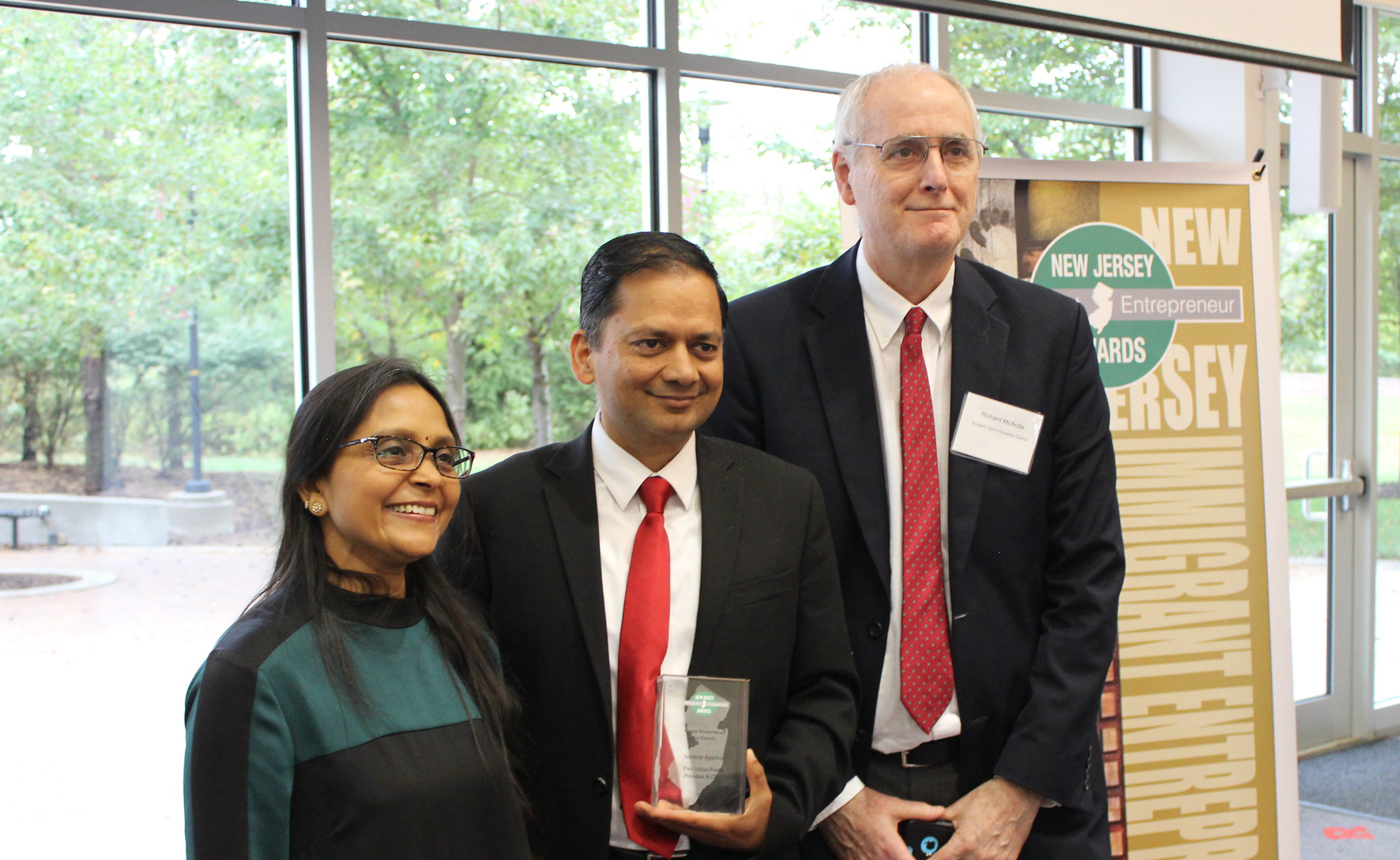 Sandeep Agarwal, president & CEO of Pure Indian Foods, a client of the Rutgers Food Innovation Center (FIC), was the recipient of the Caspar Wistar Award for Growth, one of the New Jersey Immigrant Entrepreneur Awards presented by the Middlesex County Regional Chamber of Commerce (MCRCC) and Einstein Alley, a private, non-profit economic development initiative located in Central New Jersey.

For almost a decade, the Rutgers food incubator and processing facility, whose northern location is in Piscataway, has provided technical support to Pure Indian Foods, which continues to innovate and expand its line of organic, grass-fed, herbal and spiced ghee, organic spices and oils.

“It is absolutely wonderful that MCRCC and Einstein Alley are recognizing the great contributions made by immigrant entrepreneurs of New Jersey,” said Richard McArdle, executive director of Rutgers FIC. “Sandeep epitomizes what it takes to start and sustain a food products business, and we’re very proud that he and his company are members of the FIC family.”

Along Agarwal’s journey, the FIC team provided guidance and mentoring with scaling-up production and process design, as well as training in food safety, quality assurance and regulatory requirements.

“I came from an IT background, and wanted to launch a food business. I needed assistance about food manufacturing, related processes and regulations, and Rutgers Food Innovation Center was a perfect fit,” said Agarwal, who praised FIC for his success. 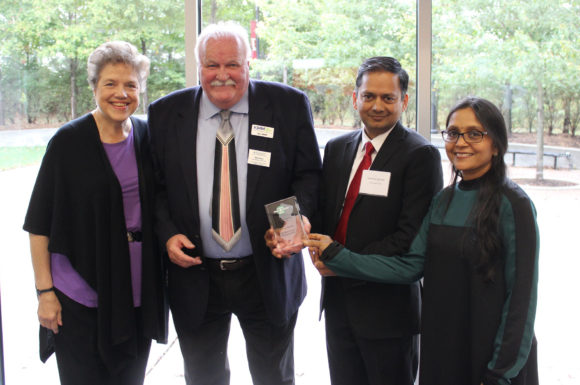 “Sandeep is an excellent example of the clientele at FIC, hardworking, overcoming challenges and striving to achieve his dream,” said Margaret Brennan–Tonetta, co-founder of FIC and executive director of Economic Development and Innovation at Rutgers. “His selection as the awardee for the New Jersey Immigrant Entrepreneur Award acknowledges his tireless efforts.”

Agarwal’s Indian heritage gave him an appreciation for the health benefits of traditional Indian foods like ghee, herbs and spices. He and his wife, Nalini, started the business part-time after making a small batch of ghee and finding out that his family and friends loved it. The company has grown rapidly and has created 10 full-time jobs in New Jersey and is recognized as a leader in development and marketing of authentic, organic traditional Indian foods across the U.S.

His interest in dairy history grew out of his family’s fifth-generation ghee business, started by his great-great-grandfather in 1889, and the culturally significant role that dairy plays within his Indian heritage. Today, Pure Indian Foods is one of the most respected organic ghee companies in North America.

“FIC also gave us access to a kitchen equipped with appliances that we needed to kick-start our business, along with access to very knowledgeable staff. We were able to successfully launch many new food products,” said Agarwal.

“Rutgers FIC is a one-stop shop, certainly, for food entrepreneurs. They have the facility, equipment and staff to help you every step of the way.”

Pure Indian Foods has been featured in numerous national publications, including the New York Times, Washington Post and GQ magazine. Recently, Agarwal’s and Nalini’s story was featured in NJBiz, which highlighted their unique and growing New Jersey-based business.