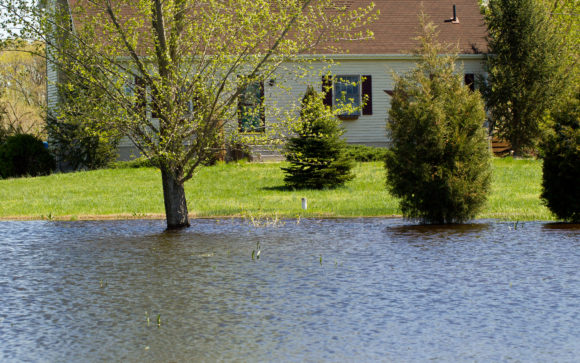 New Jerseyans have long adapted to change along coastal rivers and ocean shorelines, and they continue to adapt today. The question now is whether we expect people who live and work near the shore to pay most of the costs of adapting, including the costs of moving away when that seems the best choice.

People in our state have accepted hazards as the price of living near water. The indigenous Lenape peoples, who lived in New Jersey well into the colonial period, took advantage of near-shore fisheries during the summer and moved back inland as the seasons changed. Understanding the benefits of that seasonal pattern lessened over time. Early European settlers appreciated coastal threats, but they soon built ports and settlements. Since then, coastal settlements have been periodically devastated by storm surges and winds. New Jersey is now experiencing a rise in relative sea levels more quickly than nearly any other place on earth, speeding up this pattern of devastation.

We have typically built barriers or accommodated rising waters by raising our structures and moved only when these other options failed. In places where property values are rising, efforts to stay in place may seem worthwhile. Federal flood insurance and disaster aid policies encourage people to rebuild in place. Yet ecological damages from fixing the shoreline in place are threatening our state’s overall quality of life. And because many of our barrier protections are aging, we have the opportunity to reevaluate whether the social costs of staying in place are also becoming too high.

Facing the effects of climate change, people in some places in our state are already starting to move out of harm’s way. Unfortunately, because retreat from the coast is often seen as a defeat – and almost un-American – there has not been a broad and public discussion of the options for moving away from these hazards. Residents and business owners have ended up moving under distressing conditions, after suffering repeated losses from flooding or sudden devastation from storm surges. A patchwork of federal, state and charitable policies and aid programs provide for only some of their needs after being forced out.

The people most eager for buyouts are those facing declining property values who cannot afford to build barriers or to raise their houses. Renters may find it difficult to find aid to move out and are often under-insured for disaster damages. Even owners who have the means to rebuild to higher standards may be witnessing environmental changes that make them interested in moving. The New Jersey state government Blue Acres program offers a nationally recognized approach to coordinating buyouts for people who are already willing to move, often working to match or leverage funding from other state and federal programs. Expanding these buyout programs could provide immediate relief to people who are ready to move.

Allowing natural coastal dynamics to reshape at least some parts of the coastline can save money and reduce human suffering. For sites in Newark and other cities, it may seem obvious that we must commit to building ever-higher barriers to protect our current uses. Yet even in cities, we could choose to move some structures from the shoreline. For example, it may not make sense to build seawalls to protect abandoned industrial sites. Once any potential contaminants have been moved or secured at these sites, water could be allowed to flood these shorelines during storms, while new barriers are built farther inland. This could reduce the costs of protections and direct that money and human effort toward investments in lands that are higher and drier.

Along less developed shorelines outside cities, we can remove outmoded structures like abandoned jetties and re-establish important ecological functions that protect us all. These changes can produce benefits for the people of New Jersey more broadly by allowing the shoreline to absorb the force of storm surges, hosting important animal and plant species and increasing the beauty of the shore.

It is time to apply our creativity toward remaking shorelines that are beautiful and useful and toward helping people make these transitions financially and socially. This will require rethinking our state government’s role in aiding municipalities that may fear the loss of local tax revenues, helping them to recognize that the costs of maintaining those lots may actually exceed the property revenues they produce. We will also have to find ways of supporting coastal cultures and ways of life as the seas rise and storms become more threatening. Our state’s natural resources, cultural diversity and wealth can sustain us through this transition and provide models for adaptation elsewhere.