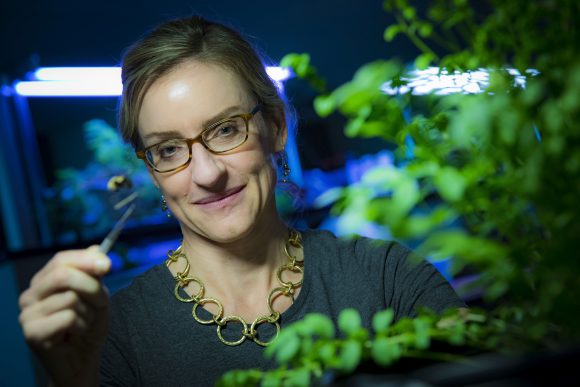 As land conversion, climate change and increased pesticide use threaten ecosystems the world over, one animal in particular has been on farmers’ and the public’s radar in recent years: the bee. The Natural Resources Defense Council estimates that pollinators such as bees are responsible for maintaining at least 30 percent of the world’s crops and 90 percent of its wild plants. Bee declines, then, threaten not just the beautiful ecosystems that support wildlife worldwide, but also the food supply at home. In response, a flurry of research from government agencies and academia alike has focused on bee populations, as researchers seek to understand the problem and propose sustainable solutions.

One such study, published earlier this year in Science and led by Rachael Winfree, professor in the Department of Ecology, Evolution, and Natural Resources, found that the larger an area, the more species of wild bees are necessary to pollinate crops. While experiments have shown a correlation between more species and increased pollination, this study is one of the first to confirm that increase in nature. 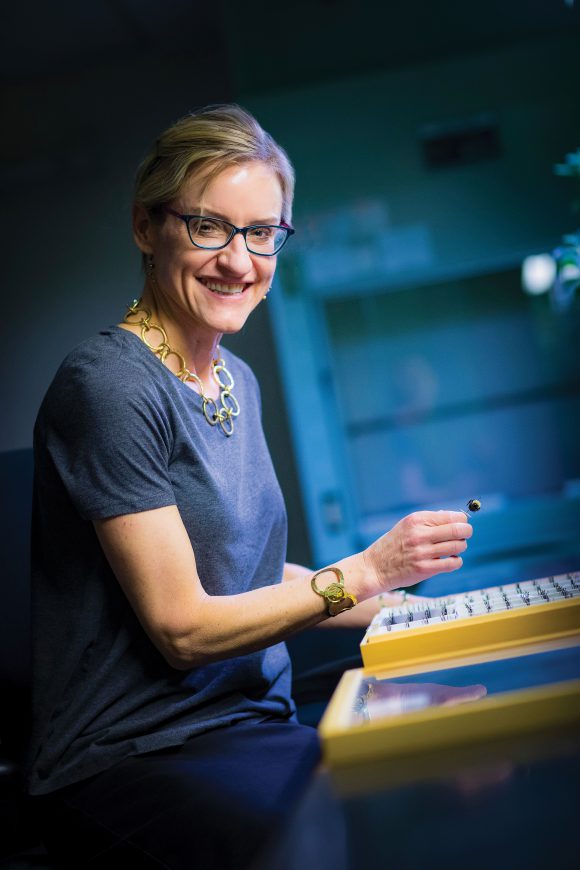 Rachael Winfree in her lab.

Winfree and members of her research team observed, collected, and identified more than 100 species of wild bees pollinating crop flowers on 48 farms in New Jersey and Pennsylvania over the course of several years. What they found was that more than half of these species were needed for pollination at one or more farms in one or more years.

“Different bee species are needed to pollinate blueberry, cranberry, and watermelon crops, and also different farms, even of the same crop, need different species,” Winfree says. “This is what ecologists would expect, but it had not yet been shown in the real world.”

In her earlier work, Winfree outlined suggestions for farmers and landowners who wanted to encourage populations of wild pollinators. First, farmers can plant flowering plants along road edges or fallow fields, aiming for plants with different flowering periods, to support pollinators throughout the growing season. Plus, she says, reducing pesticide use and avoiding spraying during crop bloom when more bees are in the field can further support the health of these important animals.