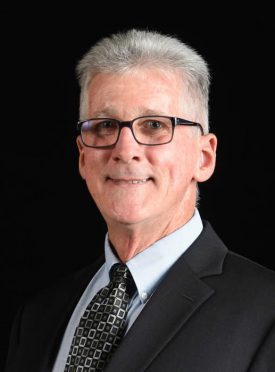 McAvoy is the county extension director for the Hendry County Extension Office and has served with the University of Florida/IFAS Extension Service for the past 20 years as a regional specialized vegetable agent with the commercial vegetable industry in southwest Florida.

McAvoy holds a BS and MS in Horticulture from Rutgers and has over 40 years’ experience in the vegetable industry. After leaving Rutgers, he spent nearly 14 years working with and training vegetable famers in West Africa, South Africa, Latin America and the Caribbean.

He is active in a number of areas including pest and disease management, publishing the highly acclaimed South Florida Vegetable Pest and Disease Hotline. He also works closely with growers in areas of WPS compliance, worker safety training, food safety, fertilizer and irrigation best management practices, water quality and quantity and other areas of concern to the vegetable industry.

McAvoy has earned numerous regional and national recognition and awards in his field. In 2008, he received the Distinguished Service Award from the National Association of County Agricultural Agents which highest honor a county agent can receive.

McAvoy commented, “Humbled and proud to have been selected by my peers to serve as the NACAA VP – I will be the first from Florida since 1947.”

McAvoy still has lots of friends and family in New Jersey and maintains connections to Rutgers.

Rick VanVranken, agricultural agent at Rutgers Cooperative Extension of Atlantic County said, “Gene became one of our collaborating PIs on the first ethnic crops consumer studies in 2005 and has been collaborating with our group representing the southern Florida specialty crop producers ever since, running field research-demo trials and providing outreach to our southern cooperating farmers. The Ethnic Produce Production and Marketing Working Group was established at Rutgers NJAES to identify and quantify opportunities and barriers to the adoption of ethnic crops as alternatives for east coast farmers.

Agricultural agent Bill Hlubik at Middlesex County Rutgers Cooperative Extension recalled McAvoy’s days as a Rutgers student. “Gene went to Cook College with my brother Raymond. They were in Helyar House together but I have known Gene for many years as a colleague and friend of the Hlubik family. Gene worked with Raymond and Dr. Taylor at Horticultural Farm III. Gene went on to join the Peace Corps and eventually became one of the top agents in the nation in vegetables, fruits and marketing down in Hendry County.”

Gene and his wife Donna live on a small ranch in rural Hendry County, Florida.  They have three sons and three grandchildren.