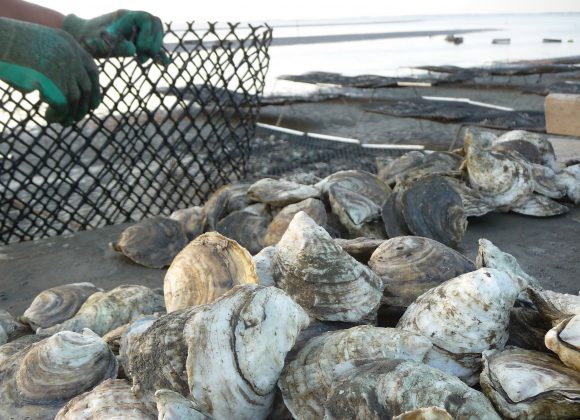 New Jersey currently has over 160 licensed aquatic farmers who are producing a variety of finfish and shellfish for food, ornamental fish and plants for water gardens, and sport fish for stocking and fee fishing operations. According to the Aquaculture Innovation Center at Rutgers University, the total economic impact of aquaculture to New Jersey is as high as $36 million.

However, applicants seeking permits for aquaculture projects must deal with 11 different state agencies and bureaus with various requirements. To streamline this process, Senator Jeff Van Drew sponsored two bills to streamline state rules for aquaculture farming projects. The bills – aiming to create a ‘one-stop shop’ for project permits, eliminating the bureaucratic maze that operators are forced to navigate – were signed into law on January 9 by Governor Chris Christie. 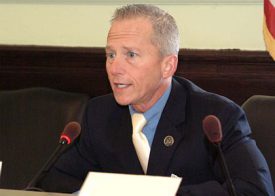 “New Jersey has the potential to boost its aquaculture industry and to really grow the production of oysters on our coasts,” said Senator Van Drew, who serves as chair of the task force.

“By improving our permitting processes, we will help to reduce the time and money spent by aquatic farmers who are currently forced to navigate nearly a dozen agencies and bureaus with varying requirements to move their businesses forward. These measures are a common sense way to help business owners and aquatic farmers expand their operations in the state.” Read more on Senator VanDrew’s legislation.

Assembly Joint Resolution 23 ” designating the third weekend in October of each year as the “Shuck, Sip, and Slurp Weekend” for the promotion of New Jersey oysters, wine and beer,” was approved. The joint resolution acknowledges NJAES role in oyster breeding in the following statement: “WHEREAS, The New Jersey Agricultural Experiment Station at Rutgers University has pioneered cutting-edge research in oyster production, including sustainable farming techniques and varieties of oyster seed now in high demand nationally and internationally;..”

Assembly Joint Resolution 24 ” declaring aquaculture an important economic driver for the State, and urging the State to include the industry in its economic development plans,” was also approved.