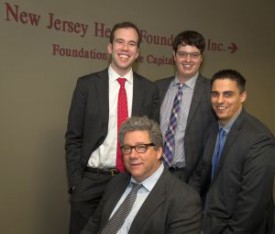 Visikol Inc., a student-run biotech startup from Rutgers, has gained a commitment of up to $500,000 in funding towards commercialization of its technology from Foundation Venture Capital, LLC. Named after its product Visikol, a biological clearing agent used in scientific and medical research, the company was founded by two current Rutgers doctoral students, CEO Michael Johnson and chief science officer Tom Villani, along with co-inventors James Simon, distinguished professor in the Department of Plant Biology and Pathology , and Adolfina Koroch, a visiting scientist at Rutgers. The company has also recently been approved for space in the Commercialization Center for Innovative Technologies, an incubator operated by the New Jersey Economic Development Authority. Read more from the Office of Research and Economic Development.