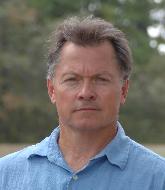 Nicholi Vorsa (CC ’76, GSNB ’85-Horticulture), research professor and developer of high-yielding cranberry varieties with enhanced fruit chemistry attributes, has been named a fellow of the National Academy of Inventors. Vorsa is also the director of Rutgers’ Marucci Blueberry and Cranberry Research and Extension Center.

The academy, which was founded four years ago, announced its 2014 fellows on December 16. Included among all of the NAI Fellows are 61 presidents and senior leaders of research universities and non-profit research institutes, as well as 21 Nobel Laureates.

“Because his work has helped New Jersey’s cranberry growers for years, in a profound way, Professor Vorsa has made valuable contributions to a vital part of our state’s economy,” said Christopher J. Molloy, senior vice president for research and economic development at Rutgers. “We are pleased that he is receiving such prestigious national recognition for his accomplishments as an inventor.”

Vorsa holds six U.S. and international patents and two Canadian patents. He received the “Inventor of the Year” award in 2013 from the New Jersey Inventors Hall of Fame and the Thomas Alva Edison Award from the R&D Council of New Jersey in 2008.

A major emphasis of Vorsa’s research program is directed toward the genetic improvement of cranberries and blueberries. Populations of wild vaccinium species—including cranberries and blueberries—have been collected and analyzed and are being maintained in Vorsa’s lab. He earned a bachelor’s degree from Rutgers in 1976, an M.S. from the University of Wisconsin-Madison in 1978 and a doctorate from Rutgers in 1985.