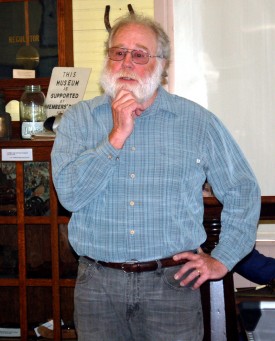 Ken Able, distinguished professor in the Department of Marine and Coastal Sciences and director of Rutgers University Marine Field Station (RUMFS) at Tuckerton, NJ, was chosen as the 2014 recipient of the Dr. Nancy Foster Habitat Conservation Award from NOAA Fisheries, Office of Habitat Conservation.

“The Dr. Nancy Foster Habitat Conservation Award is the most prestigious award in the country given in recognition of an individual’s contributions to the restoration and conservation of marine and coastal habitats,” said Rich Lutz, director of the Institute of Marine and Coastal Sciences at Rutgers. “What a wonderful honor it is for Rutgers to have one of its most sterling scientists recognized as the worthy recipient of this year’s Dr. Nancy Foster Habitat Conservation Award.”

Able’s research at RUMFS focuses on the life history and population dynamics of larval and juvenile fishes in the relatively undisturbed Mullica River–Great Bay estuary and along the east coast of the U.S. In 1989, Able introduced weekly monitoring of larval and juvenile fishes in the estuary. This weekly monitoring, which continues today by RUMFS, is part of a broader analysis of issues of habitat quality for estuarine fishes in natural and impacted estuaries that stretches from New York Harbor to the Gulf of Mexico.

“Habitat conservation and restoration are increasingly important issues in the management of the nation’s coastal resources and for that reason, my colleagues and I from the Rutgers University Marine Field Station feel particularly honored by this award,” said Able.

The Dr. Nancy Foster Habitat Conservation Award was established in 1997 by NOAA and it honors Dr. Foster’s legacy through recognition of selected individuals who have demonstrated extraordinary dedication, innovation and excellence in the fields of coastal and marine habitat conservation. Able will be presented with the award at the 7th Annual Summit on Coastal and Estuarine Restoration and the 24th Biennial Meeting of the Coastal Society to be held in Washington, D.C., from Nov. 2-5. 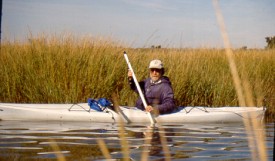 Able began his teaching career at Rutgers in 1977 as an assistant professor in the Department of Zoology, later named the Department of Biological Sciences, and the Center for Coastal and Environmental Studies. Since 1986, he’s been affiliated with RUMFS and has served as its director since 1987. His almost four decades of research and teaching was recognized in 2009 by the Oscar E. Sette Award from the American Fisheries Society in recognition of sustained excellence in marine fishery biology research, teaching and administration.