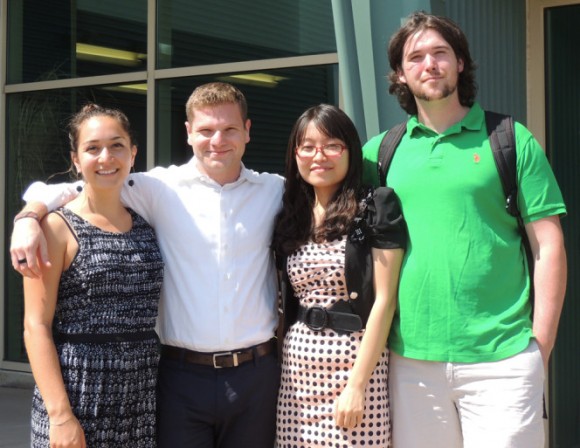 What does one have to achieve to earn the reputation of “ecopioneer?” In the case of Jerome “Jerry” Goldstein, you could say he moved mountains. Mountains of compost, that is. As the editor and publisher of BioCycle and In Business magazines, and founder of JG Press, Inc., Goldstein’s enterprise and family business served as the foundation to grow the organics recycling industry in the U.S. and abroad.

Goldstein’s daughter Nora, current editor of BioCycle, best described him in the magazine’s tribute upon his passing in May 2012: “Above all, Jerry was a tireless advocate, an ecopioneer who used the tools of communication and networking to advance concepts that today fall into the catch-all category of sustainability. His style was to tell other people’s stories, to profile their projects and programs. He gave voice to their innovations and advances. And in the process, through his encouragement, promotion and support, Jerry worked to forge an industry around composting, organics recycling and anaerobic digestion that is very much alive and thriving today.” 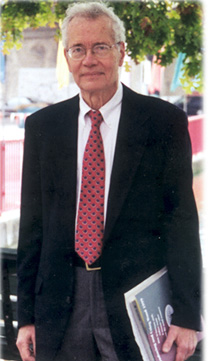 Goldstein could also be described as ahead of his time with regards to the environmental and sustainability movement. Born in 1931 and raised through the Depression and World War II, Goldstein embraced the values of conserving resources. After graduating from Rutgers in 1952 with a bachelor’s degree in English and serving as editor of The Daily Targum, Goldstein headed west to Emmaus, PA, with his new wife Ina Betty Pincus to work for Rodale Press. He followed up his 25-year career at Rodale as executive vice-president and executive editor of Organic Gardening & Farming magazine by founding JG Press, Inc. It was through this venture that Goldstein later reconnected with his alma mater, Rutgers.

Since 1996, the Rutgers EcoComplex Clean Energy Innovation Center has served as a facility that promotes economic development in the environmental and alternative energy innovation arenas. At the EcoComplex, university and business incubator researchers help to develop new technologies to address pressing alternative energy, environmental, solid waste and resource-recovery issues. By tapping into the array of innovations at the EcoComplex, JG Press incorporated Rutgers research into its network of communications. JG Press published a series of articles on the EcoComplex and its incubator businesses in both BioCycle and In Business, a magazine for creating sustainable enterprises and communities published from 1979-2008. In fact, both magazines featured EcoComplex as well as other Rutgers research in their regular coverage. The EcoComplex was also included as a tour facility for attendees at one of BioCycle’s national conferences, which are held each year for industry professionals.

It was only fitting that upon Goldstein’s passing, his family saw an opportunity to continue to grow his legacy by funding a scholarship at the Rutgers EcoComplex in his name. The Jerome Goldstein Scholarship for EcoEntrepreneuring supports student research interns at the EcoComplex.

The first round of recipients for the scholarship presented their research findings at the EcoComplex on August 25. Serpil Guran, director of the EcoComplex, described the student involvement. “This past summer we had four wonderful interns here at the EcoComplex. Three of the interns were funded by the BioCycle Magazine’s Jerome Goldstein Scholarship Fund and the fourth student was funded by the Entrepreneurial Agriculture Internship program. This funding was provided by Prof. Albert Ayeni’s research program.” 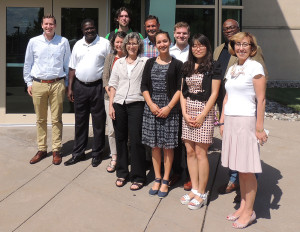 “Our three Eco-Entrepreneuring students carried out climate change, clean energy and sustainability related research projects and they have been invited to present their projects at BioCycle East Coast Conference 2014, from October 27-30 at the Turf Valley Resort in Ellicott City, Maryland. The fourth student, funded by Prof. Ayeni’s program, did his training to combine greenhouse management and sustainable food production concepts. He will present his project at the Entrepreneurial Agriculture Day 2014, on October 18 on the George H. Cook Campus,” added Guran. In addition to their presentations, the 2014 interns also produced research papers.

Donations to the Jerome Goldstein Scholarship for EcoEntrepreneuring can be made to:

Please make checks payable to Rutgers University Foundation. In the memo line, please note your donation is for the Jerome Goldstein Scholarship for EcoEntrepreneuring.