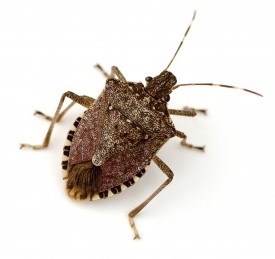 Nancy Brill earned a bachelor’s degree in natural resource management from Rutgers in 2000. After completing a master’s degree in horticulture at North Carolina State University (NCSU), she returned to Rutgers as a field researcher in vegetable pathology at Rutgers Agricultural Research and Extension Center in Upper Deerfield, NJ. Brill, who later earned a Ph.D. in Entomology at NCSU, conducted a  study as a postdoc that sought to reveal the arthropods that can be found in our homes. The result? Over 10,000 specimens were collected from just 50 houses. The New York Times published Brill’s inside peek into just what kind of creepy crawlies lurk inside our homes.

Note: While she conducted field research at Rutgers, she found time to publish an essay spilling the dirt on being a woman working in agriculture, which was published in Newsweek in 2007. Brill is currently an Agronomic Service Representative at Syngenta Crop Protection.