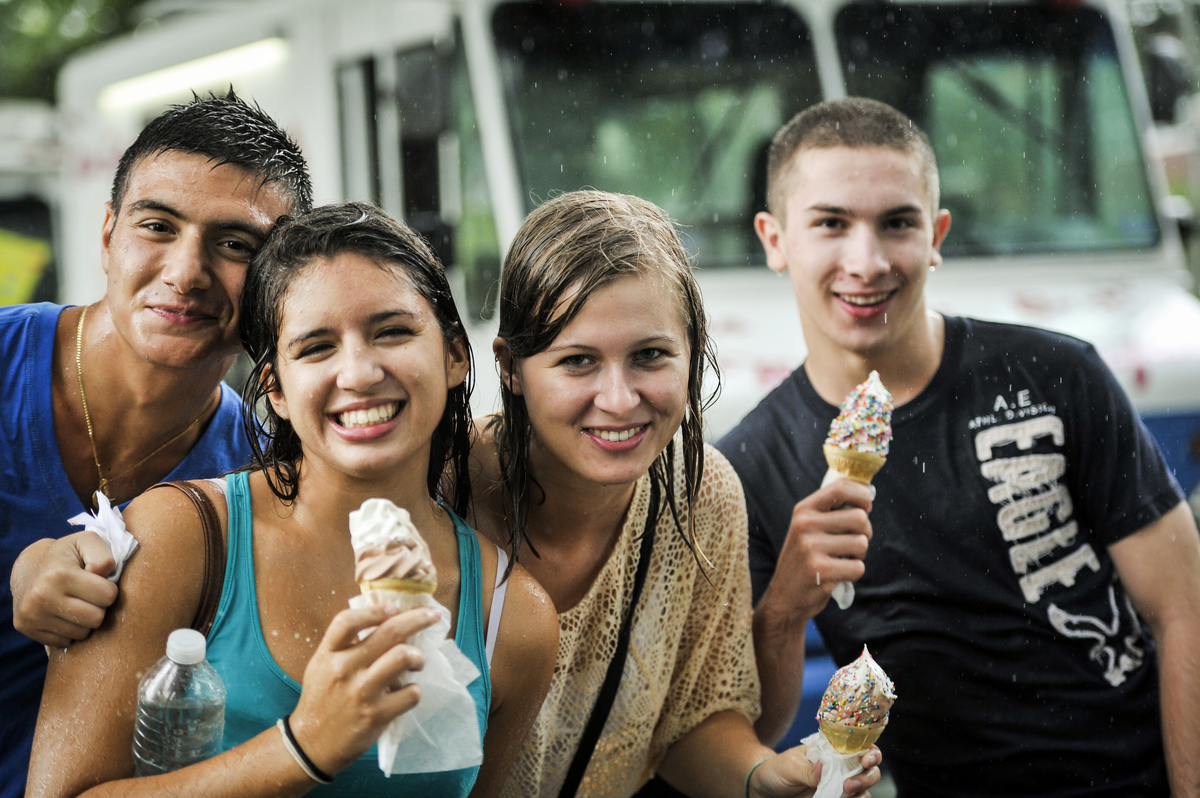 A soggy but sweet welcome was in store for the incoming Class of 2017 and transfer students on September 2 at the First Year Induction Ceremony, which was followed by an ice cream social. Photo: Matt Rainey